Common signs and symptoms of GSM 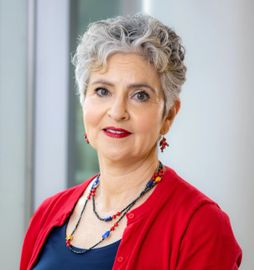 Nanette Santoro, MD is professor and E. Stewart Taylor Chair of Obstetrics & Gynecology at the University of Colorado School of Medicine in Aurora, Colo.

GSM can be clinically detected in up to 90% of postmenopausal women undergoing evaluation but only one-third report vulvovaginal symptoms when surveyed.

GSM can be clinically detected in up to 90% of postmenopausal women undergoing evaluation. However, only about one-third of menopausal women report vulvovaginal symptoms when surveyed.1 According to the 2010 United States census, there are approximately 50 million women over age 51, the average age of menopause.2,3 That means approximately 17 million women experience GSM symptoms, a number that is likely increasing due to population demographics. Studies have shown that many of these women rate their symptoms as either moderate or severe. Affected women perceive declines in quality of life similar to those of patients with chronic conditions such as arthritis, chronic obstructive pulmonary disease (COPD) and irritable bowel syndrome.4 GMS symptoms also negatively impact sexual satisfaction in over half of patients and strain personal relationships.5