Laparoscopic Essure tubal reversal: How we do it 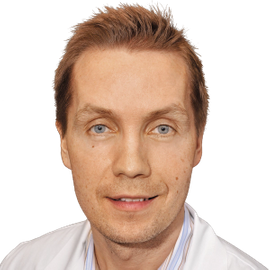 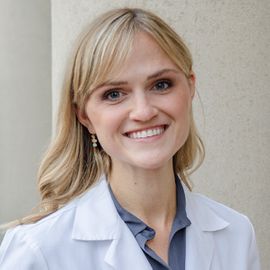 With the impending withdrawal of Essure from the US market, ob/gyns should know how to remove the device. The authors describe the traditional technique and their new approach.

For over a decade, transcervical sterilization revolutionized gynecology by offering an office-based procedure for sterilization under local anesthesia. Essure® was the most successful hysteroscopic sterilization device on the market, approved for almost 16 years in the United States and with an estimated 750,000 devices sold worldwide.1 While Essure proved to be very effective in preventing pregnancy, recent years have seen a dramatic rise in the number of adverse events (AEs) associated with it reported to the US Food and Drug Administration (FDA).2 Several countries have withdrawn the product from the market and Bayer AG recently announced it will discontinue sales in the United States by the end of 2018.3

A growing number of women are now seeking surgical removal of Essure due to suspected AEs such as pelvic pain, heavy bleeding, allergic reaction, and a multitude of other symptoms that may be related to the device.4,5 Essure removal is typically performed laparoscopically by removing both fallopian tubes as well as the interstitial portion of the microinsert. Many women also choose to undergo a cornual wedge resection or hysterectomy to ensure that the device and any fragments are completely excised.

Less commonly discussed is the issue of sterilization regret, a condition that affects up to 20% of sterilized women and likely some women with Essure.6 Traditionally, Essure sterilization is considered irreversible due to extensive scarring along a large portion of the fallopian tube. Most patients desiring pregnancy after Essure are advised to undergo in vitro fertilization (IVF), a readily-available alternative that has shown some success with Essure in situ.7,8 But what about women who desire removal of the device and restoration of fertility? For them, a procedure that removes the device and offers even a small chance of spontaneous pregnancy might be worthwhile.

Essure reversal is uniquely challenging. The device’s polyethylene terephthalate fibers induce permanent fibrosis along almost half of the fallopian tube, including the interstitial segment. This leaves only a short segment of the distal fallopian tube available for direct attachment to the uterus. This type of procedure is termed a tubouterine anastomosis; a technique that dates back to the late 19th century (Figure 1).

Montieth et al. are the only authors to publish their experience using tubouterine anastomosis to reverse Essure sterilization. Their technique uses a 5-to 10-cm laparotomy and transfundal posterior uterine incision or cornual wedge resection to reimplant the distal fallopian tubes into the uterine cornua. In a published series of 70 cases, the 12-month post-procedural conception rate was 36%.15 A more up-to-date analysis on their website reports a 38% pregnancy rate  for 282 procedures performed over 9 years.16 Also reported is a 5% ectopic rate and 4% uterine rupture rate.

We have tested a new method for Essure reversal using a laparoscopic approach that does not require a large abdominal or uterine incision. With this method, laparoscopy and hysteroscopy are performed simultaneously to remove the device and reimplant the distal fallopian tube into a new site on the uterine fundus. We present a description and video of our technique as well as our experience with three cases.

The microinserts are identified and laparoscopic scissors are used to partially transect the fallopian tube at the distal end of the device (Figure 2). Electrosurgery is avoided to preserve as much healthy fallopian tube as possible. Once the distal end of the Essure device emerges, it is grasped laparoscopically and pulled out of the fallopian tube (Figure 3). The device uncoils and elongates as it is removed and can easily fracture. Pulling the device parallel to the tube and intermittently regrasping it near its exit from the tube can help avoid device fragmentation.

Once both Essure microinserts are removed, semi-rigid stents are inserted into the tubal ostia through the operative channel of a 5-mm hysteroscope (Figure 4). Despite insertion of the stents into the tubal ostia, the stents do not emerge from the proximal fallopian tube because of the fibrosis caused by Essure. In our experience, the device instead perforates the uterine fundus slightly posterior and medial to the tubouterine junction. Once the stent emerges, it is cannulated into the distal fallopian tube segment laparoscopically.

The distal fallopian tube is brought to the uterus along the stent and the anastomosis performed. Interrupted stitches are placed circumferentially around the new tubouterine junction with knots tied intracorporeally (Figure 5). Stitches are placed until the fallopian tube is well-approximated to the uterus and the stent is no longer visible. The process is repeated on the other side and the stents are removed. At the end of the procedure, chromopertubation is used to assess tubal patency (Figure 6).

Three laparoscopic Essure reversal procedures were performed at Brigham and Women’s Hospital between 2017 and 2018 using this technique (Table 1). All three patients were in their 20s when they underwent Essure sterilization and later regretted the procedure. All were experiencing side effects of the Essure device and had a history of spontaneous pregnancies prior to sterilization. The three women were 27 to 35 years of age at the time of Essure reversal.

Operative time ranged from 87 to 142 minutes and estimated blood loss was minimal at 20 to 75 mL. All procedures were uncomplicated and patients were discharged home on the same day as surgery. A follow-up hysterosalpingogram was done 1 to 3 months following the procedure and showed bilateral patency in one case and unilateral patency in the other two cases. While restoration of tubal patency is promising, no pregnancies have occurred over a follow-up period of 5 to 11 months. If the patients are able to conceive, risk of uterine rupture may be reduced by avoiding a hysterotomy or cornual wedge resection.

IVF is still a good option for most women who desire pregnancy after Essure, especially if the device is not causing symptoms. Literature on IVF for Essure regret is limited to a report of two cases, both of which resulted in a live birth.9 Several small studies have also evaluated intentional placement of Essure prior to IVF for infertile women with hydrosalpinx.8 In this setting, the microinserts occlude the proximal fallopian tube and prevent hydrosalpingeal fluid from spilling into the uterine cavity. A systematic review of Essure and IVF for infertile women with hydrosalpinx reported a 29% ongoing pregnancy and live birth rate.7 Presumably, IVF success rates for Essure regret are greater than those in women with underlying infertility.

Essure reversal with tubouterine anastomosis is technically and functionally a different procedure from tubal reversal with end-to-end anastomosis of the fallopian tube. The greater extent of tubal damage following Essure sterilization is very likely to result in lower success rates than other tubal reversal procedures. While laparoscopic Essure reversal can restore tubal patency, it is currently unknown if it can result in a normal pregnancy. Nevertheless, the opportunity to remove a device associated with symptoms may prompt younger women with Essure regret to attempt reversal despite presumably low success rates.