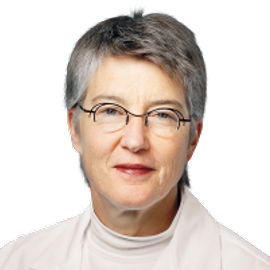 Dr Berg is a medical epidemiologist in the Division of Reproductive Health, Centers for Disease Control and Prevention, Atlanta, Georgia.

Neither author reports a conflict of interest in respect to the content of this article.

In developed countries, 30% to 50% of maternal deaths are preventable, particularly those related to hemorrhage and hypertensive disorders of pregnancy.8,9 This high rate of preventability strongly suggests that we should be able to reduce deaths if we better understand why women die. But, as noted previously, we do not have enough maternal deaths in the United States to really study them. Women whom ultimately die, however, rarely transition directly from a healthy state to death but rather progress along a continuum from health through severe morbidity to death.10 Further, severe maternal morbidity (SMM) occurs almost 100 times more frequently than maternal death, affecting more than 60,000 women per year or 1.5% of all deliveries, and has also been increasing.11-13 Finally, it is clear that women with SMM or near-miss morbidity have similar diagnoses and similar rates of preventable factors as do women who die.10

SMM is more difficult to define than maternal death. Definitions proposed have included a woman so sick that she could have died but did not and a list of ICD-9 codes for severe illness during pregnancy, such as renal failure, cardiac failure, disseminated intravascular coagulation, pulmonary embolism, shock, and hysterectomy, among others.11,12,14 More recently, a diagnosis-based description of severe morbidity was proposed to aid in the determination of maternal severe illness.15 For example, a woman whose main diagnosis is hemorrhage would be considered to have SMM if she required 4 or more units of blood or required a procedure such as the Bakri balloon, uterine artery embolization, or hysterectomy to control her bleeding. If she only required 2 units of blood and no other procedures, it would not be considered to be SMM.

This system highlights the inherent subjectivity of the determination but at least offers a framework to guide evaluation of illness severity. Complete agreement between institutions as to what constitutes SMM is not necessary. Simply reviewing cases of patients who are locally deemed severely ill should provide insight into care and outcomes. Finally, as noted here, a simple mechanism to identify possible cases of SMM is to review all cases of pregnant or peripartum women who were transfused 4 or more units of blood or who were admitted to an intensive care unit (ICU), because these variables have high sensitivity and specificity for SMM.16,17 Here we illustrate how to review cases of SMM and show the benefits of such reviews.

Case 1 is clearly a case of SMM, with uncontrolled hypertension and eclamptic seizure, although the patient ultimately did fine. Was the care she received, however, the best it could have been? This woman could have died. Would another woman managed in this same fashion survive or have even more severe maternal morbidity?

The detailed review of this case showed the actual timing of events. The patient initially received labetalol 5 mg IV push. Fifteen minutes after that dose, her repeat blood pressure was 190/115 mm Hg. She received a second dose of 5 mg IV labetalol, and 15 minutes later, her blood pressure was still 190/110 mm Hg. Thirty minutes later, her blood pressure was still elevated and she was given hydralazine 5 mg IV push. Magnesium was not started until after she had a seizure. After review, it was clear that the wrong doses and timing for labetalol were used. The correct dosing of labetalol is to begin with 20 mg and repeat every 15 minutes at double the dose.2 As well, she should have received magnesium sooner.

The review of this case should include evaluating provider issues, such as thought processes, documentation, and management and system issues. Was there timely and effective communication between nursing in triage and physicians? Was the diagnosis of severe preeclampsia made quickly? Why was the wrong dose of labetalol used? Did nursing question the dose? Why was magnesium not started sooner? The overall assessment for this case is that there were strong opportunities to improve care, and importantly, the review team should identify these opportunities to improve care.

Case 2 is clearly another case of SMM, with a major hemorrhage requiring 5 units of red blood cells and a hysterectomy. On detailed review of this case, the multidisciplinary review team found no opportunities for improvement in her current care and noted that the care team had planned carefully for the delivery, documented that plan, managed her acute hemorrhage according to their massive hemorrhage protocol, and that nursing had appropriately recognized the acute bleed and notified appropriate care givers urgently. The only opportunity for improved outcome would have been if she had not had an initial cesarean delivery.

Next: What can be learned from reviewing these 2 cases? >>

What can be learned from reviewing these 2 cases?

Fortunately, both of these women survived even though they had severe morbidity that could have had a permanent impact on their health. What is learned from reviewing these cases could improve the care of subsequent women.

Problem 1: The team did not know how to manage severe hypertension. They repeatedly used the wrong doses of labetalol at the wrong intervals. The patient could have had a stroke, but did not. Next time, the team might not be so lucky.

Potential improvements: educate nurses and physicians about the nationally available guideline for treatment of severe hypertension, have the guideline available, create an order set, and practice with simulation and drills.2

Problem 2: The patient should have received IV magnesium sulfate much sooner. If the diagnosis was correct, why was magnesium not started?

Potential improvements: reeducate staff about need for magnesium to reduce eclampsia in women with severe preeclampsia, determine why this patient did not receive it sooner (ie, pharmacy delay, order delay, communication delay), and correct that issue.

The care in this case was excellent. Communicating this to staff is important feedback to reinforce their first-rate approach to planning and documentation.

These cases both illustrate the power of careful review of cases with SMM. In the first case, clear opportunities for improvement existed and likely reflected both provider and system issues. In the second case, the care was excellent, but the presence of placenta accreta reminds us that the patient would not have had this morbidity if she had not had a prior cesarean delivery.

Next: The "how-to" of severe maternal morbidity review >>

Two recent expert opinions have called for all US obstetric hospitals to routinely review all cases of SMM in order to identify potential improvements in care that can be generalized to other patients.16,17 The review template was adapted from the model developed by the Centers for Disease Control and Prevention (CDC) for the review of maternal deaths. A review form is available for free download from The Council on Patient Safety in Women’s Health at www.safehealthcareforeverywoman.org.18,19 In the Table and following are the key elements of implementing routine review of all cases with SMM.

Create a multidisciplinary severe maternal morbidity review committee. The review committee should represent obstetric care providers, such as nursing, ob/gyns, anesthesiologists, certified nurse midwives, critical care specialists, and others as needed. Its culture should be one of nonblaming and broad focus. The discussion should be directed at system issues as well as provider and patient issues that might have affected the outcome. To encourage forthrightness, the committee’s proceedings should be confidential and covered under the state-specific requirements for protecting findings and deliberations from discovery.

These 2 criteria are relatively easy to identify in the medical record, and they have been validated as having high sensitivity and specificity for identifying women with severe morbidity.14,20 Another more cumbersome method to screen for SMM is to use ICD-9 discharge diagnoses. Researchers at the CDC found that the use of selected ICD-9 codes identified approximately 1.5% of deliveries as potentially having SMM.12

Identify the morbidity. Identify morbidities such as hemorrhage, hypertension, sepsis, and cardiomyopathy. Once identified by any method, each case should have a preliminary review to determine if it is really an SMM and, if so, what the type of morbidity is. If the case is an SMM, a further in-depth review by the multidisciplinary review committee should be undertaken.

Abstract key data, timeline, and summary from medical record, focusing on morbidity. A detailed case abstraction, meaning a comprehensive but concise, organized summary of relevant information from the patient’s chart, should be prepared, focusing on the specific morbidity being reviewed. A sample SMM review form is available for downloading.19

Determine sequence of events leading to morbidity, its primary cause, and affected organ systems. The review committee should discuss each case, clarify any questions, and come to agreement on the pathway that led to the severe morbidity and the reasons for it.

Assess provider, system, and patient factors that might have affected outcome. The committee should consider all aspects that affected the outcome, including patient, provider, and system factors.

Have system in place to collect information, effect change, and determine if changes improved future outcomes. At minimum, each case would have a summary in which the key morbidity and etiology are noted and opportunities and recommendations for improvement in care are recorded. An example of a form that could be used to capture such information is available.19 Ideally, each hospital committee would retain such key data confidentially.

Recommendations made by the committee for system, process, and provider changes need to be put into place and the results evaluated. If the recommendations were correctly chosen and implemented, the incidence of preventable morbidities would be expected to decrease over time.

The screening criteria (ICU admission or 4 or more units of blood transfused) are not intended to be used as quality metrics.

An SMM is not necessarily a sentinel event. The definition of a sentinel event is one in which the morbidity or death is unexpected (ie, not a result of the usual disease process) and causes death or permanent or temporary severe harm.21 For example, by this definition most SMM resulting from a placenta accreta would not meet such a definition. It is possible, however, that the review committee could determine that an SMM was, in fact, a sentinel event. In that case, the hospital should proceed with its usual sentinel event process.

Severe morbidity review is not the same as a debriefing after a case. A debriefing is an organized, efficient meeting soon after the event that includes the providers who were directly involved in the case to specifically discuss what went well and what did not. The benefits of debriefings include learning information about the event that might not be written in the chart and having a time to support staff if the outcome warrants. Several debriefing tools are available.3,17

Fortunately, we do not have enough maternal deaths in the United States to be able to systematically study, implement change, and see reduction in deaths in any individual center. We have, however, an estimated 60,000 cases of SMM annually (1 out of every 70 births), a number that has been increasing.11,12 Similar to maternal deaths, almost half of these cases of SMM have preventable factors.10

If we use the CDC paradigm for reviewing maternal deaths to follow the mandate to systematically review all cases of SMM at every hospital doing obstetrics, we are likely to identify areas for improvement in care. The process of review by the multidisciplinary committee is likely to raise awareness of a variety of issues throughout the obstetric unit.

It is hoped that just as we have seen a reduction in deaths from hemorrhage due to the introduction of hemorrhage toolkits, the knowledge gained by evaluating more cases of SMM will be translated into interventions that continue to reduce morbidity and mortality for women.