This first installment in a 2-part series summarizes the abilities of 4 commercially available technologies for noninvasive prenatal testing. 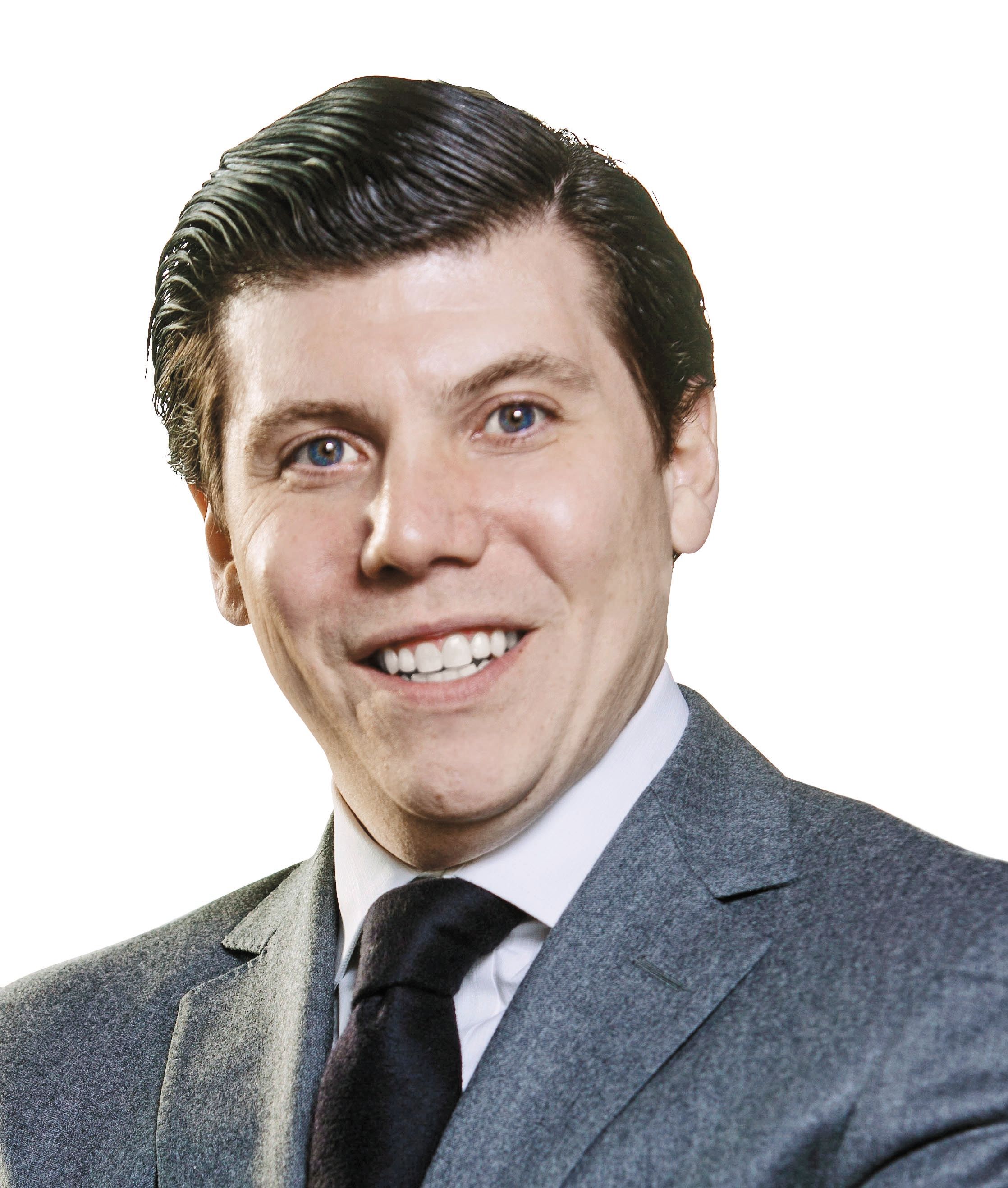 Neither author has a conflict of interest to report with respect to the content of this article.

Look for the second part of this 2-part series on noninvasive prenatal testing in the November 2014 issue of Contemporary OB/GYN.

The presence of fetal DNA in maternal plasma and serum was first reported nearly 20 years ago.1 Fetal DNA is believed to be primarily placenta-derived and comprises 3% to 13% of total cell-free maternal DNA. Studies of women who have conceived by in vitro fertilization have demonstrated that fetal DNA can be detected in maternal serum as early as the seventh week of gestation and there is an increase in cell-free fetal DNA (cfDNA) concentration as pregnancy progresses, although cfDNA is cleared from the maternal blood within hours of childbirth.2

Although recent data suggest that invasive tests such as amniocentesis and chorionic villus sampling (CVS) are much safer than initially surmised (with risks of miscarriage 0.11% and 0.22%, respectively), obtaining information about a conceptus at an early stage is still the holy grail of prenatal diagnosis.3

Part of the motivation for developing maternal blood-based or noninvasive prenatal testing (NIPT) is rooted in the ability to achieve an early diagnosis; even nuchal translucency and analyte-based aneuploidy testing followed by CVS for positive tests generates significant delay between testing and ultimate diagnosis (anywhere between 12 and 14 weeks). However, because genetic technologies appear to be experiencing the same kind of exponential growth as computing technology, NIPT has the ability to capitalize on robust tools for genetic evaluation, allowing for more accurate early diagnoses beyond aneuploidy and single-gene defects.

Many studies have validated NIPT to accurately detect trisomy 13, trisomy 18, and trisomy 21 using shotgun sequencing and massively parallel genomic sequencing (MPGS) while other researchers have capitalized on the power of other next-generation sequencing (NGS) modalities to detect fetal autosomal trisomies, sex chromosome aneuploidies, and triploidy.5-7 In the first part of this 2-part genetic-technology review, we will discuss the current NIPT landscape and compare/contrast NIPT technologies.

The first NIPT to come to the commercial market was MaterniT21, which was developed by Sequenom and designed for trisomy 21 detection. It was released in 2011, followed in 2012 by MaterniT21 PLUS, which has the ability to diagnose not only trisomy 21, but also trisomy 13 and 18. Sequenom is also utilizing MPGS for their test.

In theory, NGS allows for multiple studies of multiple pieces/regions of DNA to be analyzed in parallel (at the same time), which allows for efficient evaluation of the whole genome rather than just specific targets that are representative of a discrete chromosome, as is done with fluorescence in situ hybridization (FISH). In Sequenom’s initial clinical validation studies of nearly 2000 specimens for each trisomy, they were able to achieve almost 100% sensitivity and specificity; trisomy 21: 99.1%/99.9%, trisomy 18: >99.9%/99.6%, trisomy 13: 91.7%/99.7%, Down syndrome and other trisomies: >99.9% detection.8-10

The next test to come to market was Verinata Health’s Verifi, which similarly capitalizes on the power of MPGS but also utilizes a propriety algorithm called SAFeR. According to the Verinata Health website, the SAFeR method calculates a normalized chromosome value (NCV) for each chromosome, thereby reducing data variation. They state that in a large-scale study population (no reference is provided on their website), “approximately 0.2% to 0.6% of results were classified as ‘Aneuploidy Suspected’ for each particular chromosome.” Because both aneuploid and euploid samples can be categorized as “Aneuploidy Suspected,” the chances of a false positive are higher without the SAFeR method.11

By expanding the sensitivity and overall capability to detect aneuploidies, Verinata Health openly states that their test can be used for twins. However, it would not be possible to distinguish which twin has an abnormal result without further invasive testing.

At approximately the same time that Verifi was released, Ariosa Diagnostics launched the Harmony Prenatal Test. That technique addresses one of the main concerns about MPGS, which is that it requires a large amount of DNA for sequencing because of the requirement to analyze the entire genome.

The Harmony Prenatal Test utilizes a proprietary technology known as digital analysis of selected regions (DANSR), which sequences loci from only the chromosomes under investigation. As such, the assay requires approximately 10 times less DNA sequencing than MPGS approaches. To further enrich their platform, Ariosa Diagnostics also integrated their own statistical algorithm, fetal-fraction optimized risk of trisomy evaluation (FORTE). Essentially, the algorithm integrates age-related risks and the percentage of fetal DNA in the sample to provide an individualized risk score for trisomy.

In what some view as one of the landmark studies demonstrating the utility of NIPT, researchers at the University of London screened subjects who were at risk of aneuploidies and had undergone CVS. The DANSR/FORTE combined analysis distinguished all cases of trisomy 21 and 98% of trisomy 18 cases from euploid pregnancies.12

In an online commentary about the study, the senior author noted that plasma samples were obtained from high-risk pregnancies with some evidence of impaired placental function. (As previously discussed, cfDNA is believed to originate in the placenta.) “As such, the ability to detect aneuploidy with cfDNA is dependent upon assay precision and fetal DNA percentage in the sample rather than the prevalence of the disease in the study population.”13

That issue was highlighted in a recent report about a study in which aneuploid samples were significantly more likely to not return a result; the number of aneuploidy samples was especially increased among samples with low fetal fraction.14

In 2012, California-based Natera released the Panorama Prenatal Test, which is the only test to analyze single nucleotide polymorphisms (SNP). The advantage of using a SNP-based technology is that it requires less cfDNA and, unlike other noninvasive methods, can detect genetic abnormalities such as short insertions/deletions/aberrations that cause Mendelian disorders.

It is important to note, however, that while SNP-based analyses are powerful tools, they have discrete limitations. Because SNP-based sequencing utilizes a reference sample of the maternal blood to distinguish maternal from fetal DNA, although such cases are rare, Panorama cannot be used for pregnancies conceived with an egg donor or those that used a gestational carrier, and cannot be performed on women who have received a bone marrow transplant.

Taking all of these advances together, the field of NIPT is incredibly exciting. In less than 2 years, 4 distinct robust technological tools have been added to the obstetrical armamentarium. Each tool has its strength and weakness, and it is important to know which tool to use for which clinical scenario (twins, singleton, donor egg, etc.).

We also need to recognize that while NIPT is widely available and likely will soon become the standard of care, as obstetricians and gynecologists, we still have to practice within the guidelines and recommendations of the American College of Obstetricians and Gynecologists. The 2012 ACOG Committee Opinion on Noninvasive Prenatal Testing for Fetal Aneuploidy cautioned that the use of cfDNA testing should be an active, informed choice and not part of routine prenatal laboratory testing (Table).

Lastly, we will all have to learn how to best utilize the new information that this testing generates. For many of us, NIPT will forever change how we practice medicine. Many of us have become facile in using technology such as ultrasound to help identify potential pregnancy complications. But in the recently released International Society of Ultrasound in Obstetrics and Gynecology consensus statement on the impact of NIPT on prenatal ultrasound practice, the authors caution that “so-called ‘genetic sonogram,’” which includes looking for soft markers of trisomy 21, should not be performed in women with a normal NIPT result due to ultrasound’s high false-positive rate and poor positive predictive value.17

Therefore, as uptake of NIPT increases, we will not only have to learn how and when to use NIPT, but we will also have to unlearn to use many older technologies.