Opinion: New FHR monitoring standards: Something old and something new 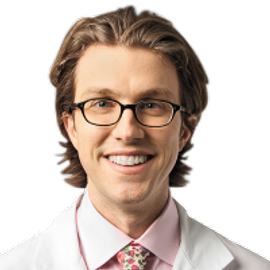 Dr Lockwood, Editor-in-Chief, is Dean of the Morsani College of Medicine and Senior Vice President of USF Health, University of South Florida, Tampa. He can be reached at DrLockwood@ubm.com.

The shortcomings of electronic FHR monitoring

The specificity of EFM may be improved with fetal scalp stimulation and scalp pH. A heart rate acceleration stimulated by digital pressure on the fetal scalp is highly correlated with a normal fetal pH (negative likelihood ratio 0.08; 95% CI, 0.02–0.41), although its absence is not always associated with acidosis in the setting of a worrisome tracing.3 Scalp pH testing can be employed at this point with a value of <7.20 (mixed venous) typically used as an indication for delivery, although its use appears to be rapidly decreasing across the country.

Because of the false-positive rates of these approaches, additional methods of assessing fetal status in labor have been introduced under more rigorous testing, with mixed results. Fetal pulse oximetry has been compared to EFM in several clinical trials but the research to date shows no difference in overall cesarean delivery rates, although fewer of them were performed for nonreassuring fetal status (RR 0.68; 95% CI, 0.68–0.99).4 These studies also didn't show differences in any maternal or neonatal outcomes. More promising is the STAN fetal heart monitor, an FDA-approved device that takes Dr. Hon's original technology of monitoring the fetal ECG and uses specialized software to examine specific changes in the ECG related to fetal hypoxemia. Its use is suggested only in higher-risk patients who are likely to develop metabolic acidosis, rather than as a substitute for standard EFM. The most recent Cochrane review of STAN, which incorporated nearly 10,000 patients, showed reduced rates of metabolic acidosis and neonatal encephalopathy as well as operative vaginal deliveries without influencing cesarean rates.5