Ultrasound Clinics: Nuchal translucency assessment: What else can it tell us? 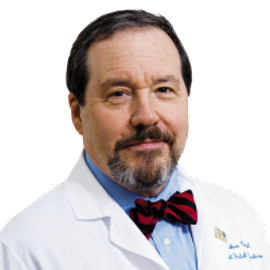 Data from the FASTER and BUN trials show that first-trimester NT measurement can reveal a lot more than just trisomy 21. Although not ready for prime time as a screening test for congenital heart disease, we can't ignore the strong association between increased NT and an elevated risk of several cardiac birth defects and to a lesser degree diaphragmatic hernia. But what can we do about it?

First-trimester ultrasound (U/S) measurement of nuchal translucency (NT) is best known for its ability to give women a personalized risk estimate for fetal Down syndrome. In fact, another "Ultrasound Clinics" article earlier this year by Mary D'Alton, MD, and Jane Cleary-Goldman, MD, focused on that topic ("Putting the FASTER results into clinical practice." Contemporary OB/GYN, 2006;50(Jan):54-70).http:// http://www.contemporaryobgyn.net/obgyn/article/articleDetail.jsp?id=283484

[Increased NT has been strongly linked to an increased risk of fetal CHD,] as Hyett and colleagues first reported.1 They found that the relative risk of CHD rose substantially when NT measurements exceeded the 99th percentile (3.5 mm), although the risk rose substantially even for NT measurements above the 95th percentile (3.0 mm). Increased NT measurements could identify quite a broad range of cardiac defects-about one fifth of tetraology of Fallot cases, for example, and up to 80% of cases of coarctation and aortic stenosis, those same researchers found. They reported an overall detection rate of CHD of about 40% if the 99th percentile was used as the cutoff, and about 55% with a 95th-percentile cutoff. In other words, if 1% of women are discovered to be at elevated risk (that is, they screen positive and need fetal echocardiography), about 40% of fetuses with CHD will be found, and detection rates rise to 55% for a 5% screen-positive rate.

There have been two major studies of NT in the US, the BUN (First Trimester Maternal Serum Biochemistry and Fetal Nuchal Translucency Screening) and the FASTER trials.2

BUN Trial. The US-based BUN trial included more than 8,000 chromosomally-normal fetuses, from which 21 cases of major CHD were identified postnatally, for an incidence of CHD of 2.6/1,000. This is consistent with the range of CHD reported in low-risk groups. Using the 95th percentile as the NT cutoff for increased CHD risk, about a quarter of these cases were detected. While this finding is disappointing compared to those of Hyett and colleagues, [it still indicates a substantially higher risk of CHD for those fetuses with greater NT measurements than the general population.]

Although the BUN investigators found a clear relationship between the NT measurements and the frequency of CHD, only 43 fetuses had measurements greater than 3.5 mm, with one case of CHD in that group. That's a greatly increased risk of CHD compared to the general population, but is not an efficient way of true screening for CHD. The small size of the population with elevated NT in the BUN trial makes it hard to generalize the results.

FASTER Trial. The other major study of NT in the US, the FASTER Trial, also looked at the ability of NT measurements to identify CHD among almost 34,000 chromosomally normal fetuses. As Simpson and colleagues reported at the Society for Maternal-Fetal Medicine Meeting in 2005, there were 195 cases of CHD overall, for a population incidence of 5.7/1,000.3 The FASTER investigators defined an abnormal NT as greater than two multiples of the median, and using that cutoff, they identified about 20% of CHD cases. Similar to what others had found, there was a clear relationship between the NT measurement and the frequency of CHD. For measurements of 3 mm or more, the frequency of CHD was 55/1,000. While that's 10 times higher than would be expected in a low-risk group (which should be about 5/1,000), there were only 91 fetuses in that group despite the impressively large size of the overall FASTER Trial.

What could be causing the increased NT seen in fetuses with CHD? A number of hypotheses have been put forth including abnormalities of cardiac function, changes in myocardial compliance, or increases in placental resistance, but none has been presented with convincing findings or data on underlying pathophysiology to explain exactly why the association exists. Furthermore, the broad range of cardiac lesions noted in association with the increased NT makes speculation difficult, because different forms of CHD have different mechanical causes or underlying genetic abnormalities. If there are genetic causes, they are not simply abnormal chromosome numbers: all of the studies noted above evaluated fetuses with normal karyotypes.

[The data from the US do not support using NT to screen for CHD, because the detection rate is not high enough to be considered an efficient screening test. However, we cannot ignore the implications of increased risk of CHD if the NT measurement is elevated.] The association between the two is quite strong, and for that reason in our practice we recommend that any time the NT is 3.0 mm or higher, the patient should be offered fetal echocardiography. Other experts suggest 3.5 mm as the appropriate cutoff to reduce the number of false-positives.4 One recent report has even recommended 2.5 mm as the cutoff, although this would result in a very large number of referrals for fetal echocardiography with little return on investment.5

Wide range of other defects

[A wide range of other structural abnormalities have been found in association with increased NT,] for which Souka and colleagues have recently presented a comprehensive list.4 Some of the abnormalities linked with increased NT can be identified with careful sonography in the first trimester, and many of the remainder can be diagnosed in the early second trimester by U/S. At the same time, many of them are rare enough disorders that even a doubling or tripling of risk does not make them common. Some are so rare that the occasional case report of association to increased NT is still difficult to use to define a true association.

Omphalocele should be identifiable with scans at the time of an NT measurement. Although at 8 to 10 weeks all fetuses have a small amount of midgut herniation, retraction of this loop of bowel into the abdomen is generally complete by the time NT measurements are undertaken. When you see an omphalocele on U/S at 11 to 14 weeks, it often signals a higher risk of trisomy 18 than later on in pregnancy.

About one in 1,500 fetuses who present for NT will have a fetal bladder greater than 7 mm. As long as the longitudinal diameter is less than 15 mm, about 90% will resolve among euploid fetuses, but about one quarter of this group have aneuploidy, mainly trisomies 13 and 18. The incidence of aneuploidy is lower (about 11%), when the diameter exceeds 15 mm, but spontaneous resolution is rare and progressive obstructive uropathy is the rule.4

Many genetic syndromes have been reported in association with increased NT measurements. As for the structural abnormalities, many of these are extremely rare, so ascertaining true associations is difficult. A comprehensive listing of these can be found elsewhere.4

If those studies are normal and the karyotype is normal, the prognosis for a successful outcome is much better. Initial reports of a higher risk of fetal death probably were related to attrition of hydropic fetuses who presented with cystic hygromas early in gestation. Those losses occur predominantly before 20 weeks. [We believe it's still prudent to follow up with an additional evaluation of fetal growth and anatomy at 32 to 34 weeks.]

Other benefits of NT exam

The NT exam requires performing an U/S in the first trimester, which is the perfect time to confirm dating, and this reduces the need for postdates testing or postdates induction.6

Scanning at this time also allows clinicians to detect all multiple gestations. It's particularly important when finding a twin pregnancy in the first trimester to carefully evaluate placentation and chorionicity to identify monochorionic twins who are at risk of twin-twin transfusion syndrome. Increased NT in monochorionic twins has been associated with an increased risk of twin-twin transfusion syndrome (TTTS), and this finding allows more intensive follow-up of at-risk fetuses. (A more in-depth discussion of TTTS will appear in the December 2006 issue).