What a Normal Pap Smear Means!

Who should have a Pap Smear?
Any woman who is sexually active or is at least 18 years old should have a Pap smear. Cervical cancer is most commonly caused by HPV (Human Papilloma Virus). This is a virus that is most commonly spread by sexual contact. It is thought to be the most prevalent STD (Sexually Transmitted Disease) in the United States with about 85% of the adult population having had it. Once you get the HPV in your genital tract, it is difficult if not impossible to get rid of it. HPV is also the causative agent of Genital Warts. Some people with HPV infection will develop warts, some will develop precancerous and if ignored cancerous changes, some will develop both, and even a few will develop neither. These changes may occur relatively soon after infection or may not occur for many years.

When should you have a Pap Smear?
All women, who are sexually active or over 18 years of age, should have a Pap smear every year for at least 3 years. If all three of those are reported as "No Pathologic Change" (see area below for description of Pap Smear reports), then that woman can got to getting a Pap smear every 3-5 years. Even so that woman should still have a pelvic exam and routine normal health maintenance visits every year.

What is a Pap Smear?
A Pap smear is a screening test for pre-cancerous changes of the uterine cervix. The preceding sentence contains two key concepts that are frequently misunderstood by laypersons and in quite a few instances physicians. I will start by addressing those concepts.

A Pap smear is looking for pre-cancerous changes of the uterine cervix. It is not designed to find cancer and it is not designed to find abnormalities of any other organs. (E.g. the ovaries or lungs) The cervix develops cancer in a slow prolonged manner; usually 10-20 years from the first changes until cancer develops. At any place along the way, something may happen to reverse the process and make things normal again. These changes are called dysplasia or sometimes Cervical Intraepithelial Neoplasia or even Squamous Intraepithelial Lesion (different names for the same process).

When a Pap smear is obtained, the cervix is scraped with a wooden stick and a tiny brush. The stick and brush are then moved across a glass slide causing the cells to become attached to the slide. The slide is then chemically treated and sent to a cytology laboratory where it is first stained with special dyes and then examined through the microscope by a cytotechnologist. If no abnormal cells are seen, it is reported as normal. A random sampling of these "normal" slides are reviewed by a pathologist. If abnormal cells are seen, the slide is then looked at by a pathologist. The pathologist then assigns a diagnosis to the smear. Under the "Bethesda" system (the system currently in use in the U.S.) for pap smear reporting, there are several possible diagnoses he can make. They are:

2. Inflammation. (Signs consistent with an infection)

3. Atypical Squamous Cells of Undetermined Significance (ASCUS)
Some squamous cells are present which aren't normal, but they may be due to inflammation [95-98%] or pre-malignant change[2-5%])

4. Atypical Glandular Cells of Undetermined Significance(AGCUS)
Some glandular cells are present which aren't normal but they may be due to
inflammation [80-85%] or pre-malignant change[1O-15%1)

5. Low Grade Squamous Intraepithelial Lesion (LGSIL) (Some squamous cells are present which may come from an early pre-malignant lesion)

6. High Grade Squamous Intraepithelial Lesion(HGSIL) (Some squamous cells are present which may come from an advanced pre-malignant lesion)

All of these, with the exception of numbers 1 and 2, require some kind of further evaluation. The kind of evaluation depends on which one it is.

Usually ASCUS will be evaluated by repeating in 3 months. If that repeat is still abnormal, then a colposcopy with biopsy is indicated. If it is "No Pathologic Change", then the patient can resume normal annual Pap smears.

Malignant cells present requires biopsy, colposcopy with biopsy, or whatever other tests are needed to find the source of the malignant cells.

This seems easy. However this follows Braun's Law of Life: If it seems easy, you have missed something. Indeed we have missed something here. If one performs Pap smears on 100 patients who have cancer of the cervix, anywhere from 20-50 of them will be either no pathologic change or inflammation. Why is this? Because when cancer of the cervix is present, it causes a lot of inflammation which can obscure the cancer cells. It also may come about because: when the smear was taken, the brush or spatula did not scrape over the area containing the cancer, the cells may have gotten washed off the slide during the preparation and staining of the slide, the slide may have gotten mixed up with somebody else's slide, or the cytotechnologist reading the slide didn't see them.

If one does Pap smears on 100 patients with pre-cancerous changes, approximately 85 will have a report of either HGSIL or LGSIL. This is because it is easier to get these cells off the cervix and onto the slide and because there is usually much less inflammation.

Why do we use this test if it misses 50% of cancers and 15 % of precancers?? Because it takes from 10-20 years for a precancer to develop into a cancer. So if we screen all women every year for 3 years, we will miss 15% of 15% of 15% or 3/1000 precancers over the course of three years. Since only 20% of women will have a precancer, that means we will miss 3 precancers in every 5000 women, who have "Normal" Pap smears 3 years in a row. If we pick up most precancers and treat them, we should have very few women developing cervical cancer. This is what has happened. Notice, I did not say "NO" women, I said very few women.

In that light, Pap smears are a very effective "screening" test for cervical precancer. That means it picks up most cases of what it is screening for without calling too many normal patients abnormal and it does it at a relatively low cost.

The concept of screening is to cut the incidence of the disease screened for to a low level. This is what has happened in the United States since the introduction of the Pap test. In 1941, there were 26000 deaths per year due to cervical cancer. It was noted that the rate had not changed in 25 years. Then in 1941, Papanicolau and Traut introduced the Pap smear. In 1996 there were 4900 deaths from cervical cancer(most of them in women who had never had a Pap smear). If there were no change in the rate one would expect 52000 since the population had doubled. Hence there was a 90% reduction in the death rate due to cervical cancer. This is what the Papanicolau smear was designed to do and it has done its job.

The smear does not and was not designed to tell an individual woman; "You do not have cancer." This is how the test has been perceived by a large number of people. Now, we are in the process of developing newer (read more expensive) advancements on the Pap smear to overcome these misperceptions. All of these newer advancements will help to pick up those 3/5000 women with pre-cancerous changes missed by the Pap smear at an extra cost of $40-$50 per patient per year. That works out to $250,000 per 5000 women in the U.S. or about $25 million extra per year. Is this really worth it? Especially since none of these refinements in technique are perfect. They will still miss some patients. Do we then go on to more refinements which cost 4-10 times more and will still miss a few cases? What degree of accuracy are we willing to pay for? 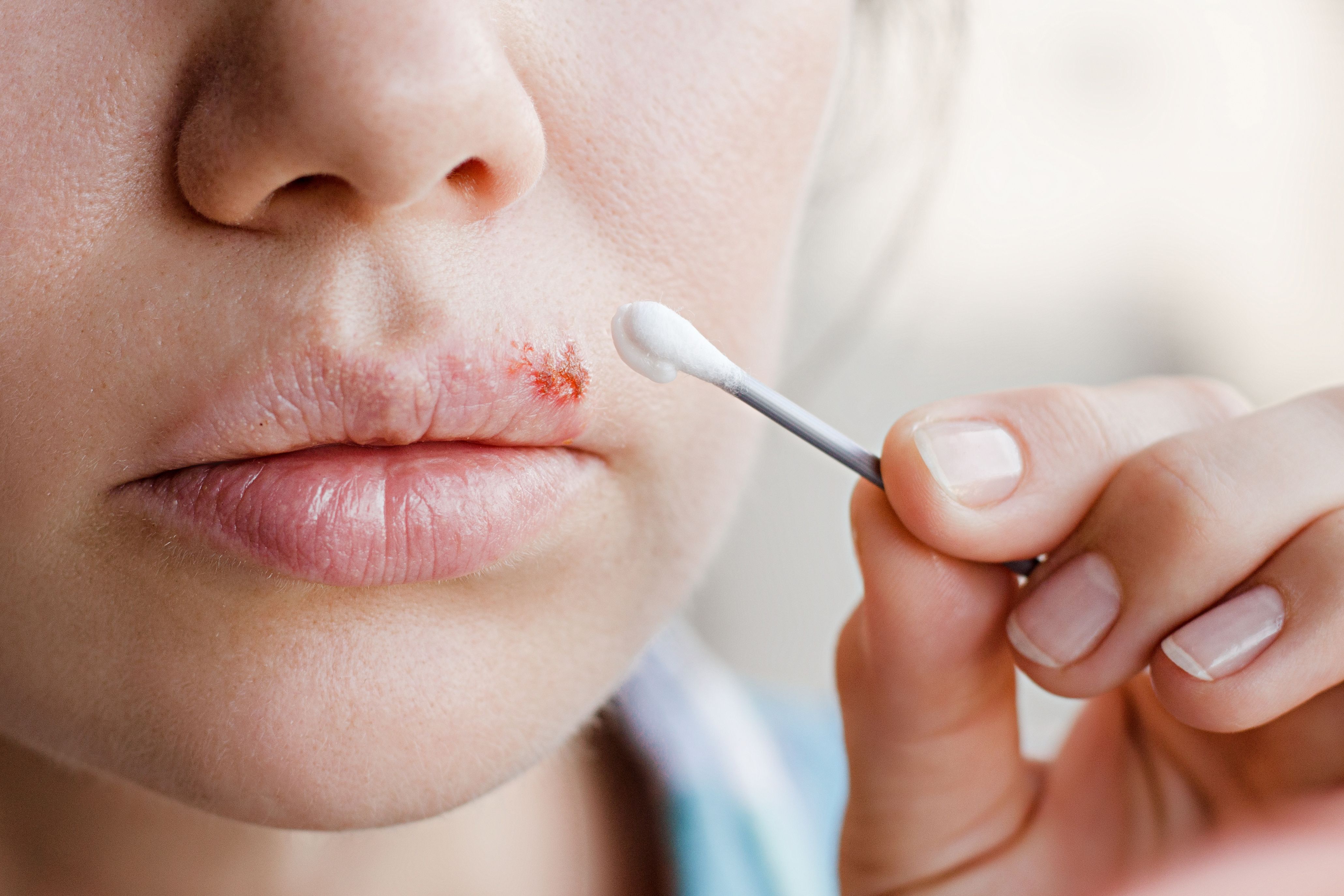 Kenneth J. Tomecki, MD, discussed the clinical relevance of sexually transmitted diseases (STDs) to dermatology and outlined what to look for and how to treat various conditions at the 2022 Fall Clinical Dermatology Conference for PAs & NPs.

Uterine cancer is currently the only cancer type not covered by the World Trade Center (WTC) Health Program.