Did L&D negligence cause urogynecologic injuries?

Allegations in this case include negligence in performing a McRoberts maneuver and unnecessary vacuum-assisted extraction.

According to the electronic Patient OB Profile records, her membranes had spontaneously ruptured that evening at 6:15 p.m. and were meconium-stained. It was noted that the patient was Gravida 2 Para 0010 and her estimated delivery date (EDD) was Oct. 19; she was 39 weeks gestation. Current weight 169 lbs., Height 5’5” (total weight-gain this pregnancy was 39 lbs.).

Prenatal lab results were reviewed, and it was noted patient was A+; antibody screen negative; Group B Strep negative (at 36 weeks); venereal disease research laboratory and rapid plasma reagin results were negative and she was Rubella immune.

It was noted there had been no complications with the current pregnancy. Patient’s care during labor was assumed first by RN-A followed by RN-B, who would become the delivery nurse.

Electronic L&D orders entered at 8:43 p.m. on Oct. 11, and acknowledged by RN B included: routine continuous external fetal monitoring; continuous uterine monitoring; vital signs every 4 hours during latent labor and every 15 minutes for patients with epidural anesthesia and during active labor; intake and output every 12 hours. An indwelling urethral catheter was to be inserted at time of epidural insertion; to be removed at the time of delivery.

At 10:08 p.m., electronic entry by OB A in the “Provider Admit Notes” described the fetal heart rate tracing as a Category I followed by “deceleration x 3 minutes.” A pelvic exam revealed patient was 3-cm dilated, 70% effaced and -2 station. Pitocin was discontinued and the patient was placed in a left lateral position, administered oxygen, and an internal scalp electrode was placed.

OB A’s plan was continued monitoring. At 10:19 p.m., an order was written for a Pitocin infusion of 30 units in 500ml of normal saline at 2ml/hour (or 2 milliunits/minute); to be increased by 2 milliunits per minute every 20 minutes until contraction frequency was 2 to 3 minutes and of moderate or greater intensity.

An Admitting H&P at 11:27 p.m. generated by OB A listed patient’s gestational age as 39 weeks and her final EDD as Oct. 19, as determined by the first trimester sonogram. Pelvic Exam: “adequate pelvis,” ruptured membranes; clear fluid; time of rupture was 6:15 p.m, on Oct. 11.

Patient described her pregnancy as uncomplicated. She outlined the treatment plan as augmentation with Pitocin, continuous fetal monitoring, IV hydration, and anticipation of a spontaneous vaginal delivery; noting she discussed same with OB A.

The total duration of labor was 13.9 hours: Onset of labor at 6:15 p.m. on Oct. 11; spontaneous rupture of the membranse (SRoM) at 6:15 p.m.: amniotic fluid with light meconium. Full dilation at 5:38 a.m. Fetal presentation: cephalic, left occipital anterior. Placenta was intact and manually removed at 8:52 a.m.

There was no episiotomy, but the presence of bilateral labial and periurethral lacerations were noted. Estimated blood loss was 600ml. OB A documented there were no labor complications but listed “hemorrhage” as a maternal delivery complication.

A post-delivery vaginal exam revealed no foreign body, and laps and needle counts were correct.

A two-page “Newborn Information” record reflected the male infant was born by vacuum delivery at 8:08 a.m.; in cephalic presentation weighing 7 lbs. 10 oz. (3480 gms). The Apgars were 9, 9 at 1 and 5 minutes. There were 3 cord vessels present and the placenta was intact.

“Bulb suction” was administered and no meconium noted. Skin-to-skin was not done and breast feeding was not attempted. The form reflected cord blood gases were sent and the infant sent to the regular nursery.

OB Assessment Intervention sheets from Oct. 12 to Oct. 14 described patient as ambulating independently and voiding without difficulty. These forms reflected intermittent complaints of perineal incisional pain for which pain medication was administered and partial to complete relief obtained.

Patient was described as “calm and happy,” and regularly visited her infant in the NICU; using a breast pump to express her milk to feed him. Patient was discharged at 11:30 a.m. on Oct. 14.

Plaintiff alleged that the defendants negligently handled her L&D: negligently performed a McRoberts maneuver during the delivery, hyperextending her legs back to the point where her hips were injured and required surgical repair. In addition, she claims an unnecessary and negligently performed vacuum assisted extraction, as a result of which she suffered a number of urogynecologic injuries.

Surveillance was conducted, and contrary to her allegations and testimony, the plaintiff was seen walking fine without any signs of discomfort. She was wearing shorts and her legs showed no signs of a foot brace and she was wearing flip flop sandals and not orthopedic shoes. Moreover, she drove an SUV, which she must step up to get into, and the footage shows she does so with no apparent difficulties or assistance.

Moreover, footage shows the Plaintiff lifting her toddler son who appears to be approximately 60 lbs. in weight with no difficulties.

They were predominantly Category I tracings, occasionally Category II with quick return to Category I, and at no time was there ever any evidence of fetal distress.

He did not believe the labor was too long, 13 hours total, nor did he believe the mother was allowed to push too long (about 2 hours in this case), stating that per the American College of Obstetricians and Gynecologists’ guidelines, the mother can be allowed to push from 2 to 5 hours as long as the baby is okay.

He saw no need for a cesarean section; he too would have permitted this patient to deliver vaginally.

As for the theory of over-aggressive McRoberts positioning causing a hip injury, the plaintiff was delivered in the standard lithotomy position, holding her own legs, as patients are taught to do in order to widen the pelvis and assist in the delivery. There was no McRoberts maneuver used here; there was no need for one as there were no issues with shoulder dystocia.

As for the need for a vacuum to assist delivery of the baby, it was an appropriate decision. With respect to lacerations to the plaintiff’s labia, clitoris and perineum, you see such injuries all the time with instrument-assisted deliveries.

He also found no merit to any claim that the Pitocin was prematurely discontinued after the baby was delivered; it was kept running to help mitigate the plaintiff’s post-delivery bleeding.

Our orthopedic expert did not believe overzealous hyperflexing of the plaintiff’s hips caused her to sustain bilateral labral tears; he believed she had asymptomatic hip pathology and pre-existing structural abnormalities of both hips prior to becoming pregnant, as confirmed on the CT scans.

This pre-disposed her to labral tears and joint damage and pain and limitation of movement.

Plaintiff’s Maternal-Fetal Medicine (MFM) expert testified that the defendants committed malpractice in improperly performing a McRoberts maneuver; inappropriately hyperextending the hips during vaginal delivery on Oct. 12 and tearing the labrum.

Plaintiff’s orthopedic expert testified that the patient did not have labral tears prior to the delivery at issue, but recanted much of this testimony on cross-examination when confronted with the entirety of the records he had not reviewed, and after conceding he had not read the defendants depositions.

He conceded patients have been reported to have asymptomatic labral tears, that the patient did have a congenital hip abnormality, and that he could not offer an opinion with reasonable certainty as to the cause of her left hip labral tears given his alleged mechanism of injury.

On the midst of putting on their case, plaintiffs reported to the Court that their MFM expert was abroad and would be unable to complete her testimony. The Court ultimately granted a mistrial. As arrangements were being made to schedule a date for the retrial, plaintiff’s counsel notified the Court that they would not be pursuing the case any further and discontinued.

It was our impression that the plaintiff’s claims were specious from the beginning, thus this case was earmarked for trial.

It seems opposing counsel was counting on a jury being put off by the L&D nurses largely managing delivery, but to the contrary, when interviewed after the mistrial, jurors expressed doubt in plaintiff’s claims, and that they would not be “extra cautious when caring for one of their own.”

In conjunction with the damning surveillance contradicting her disability claims, the patient’s preexisting hip issues and the strength of our expert support when juxtaposed with the fragility of plaintiff’s, put us in a strong position to proceed towards verdict and ultimately convinced plaintiff to abandon her claims. 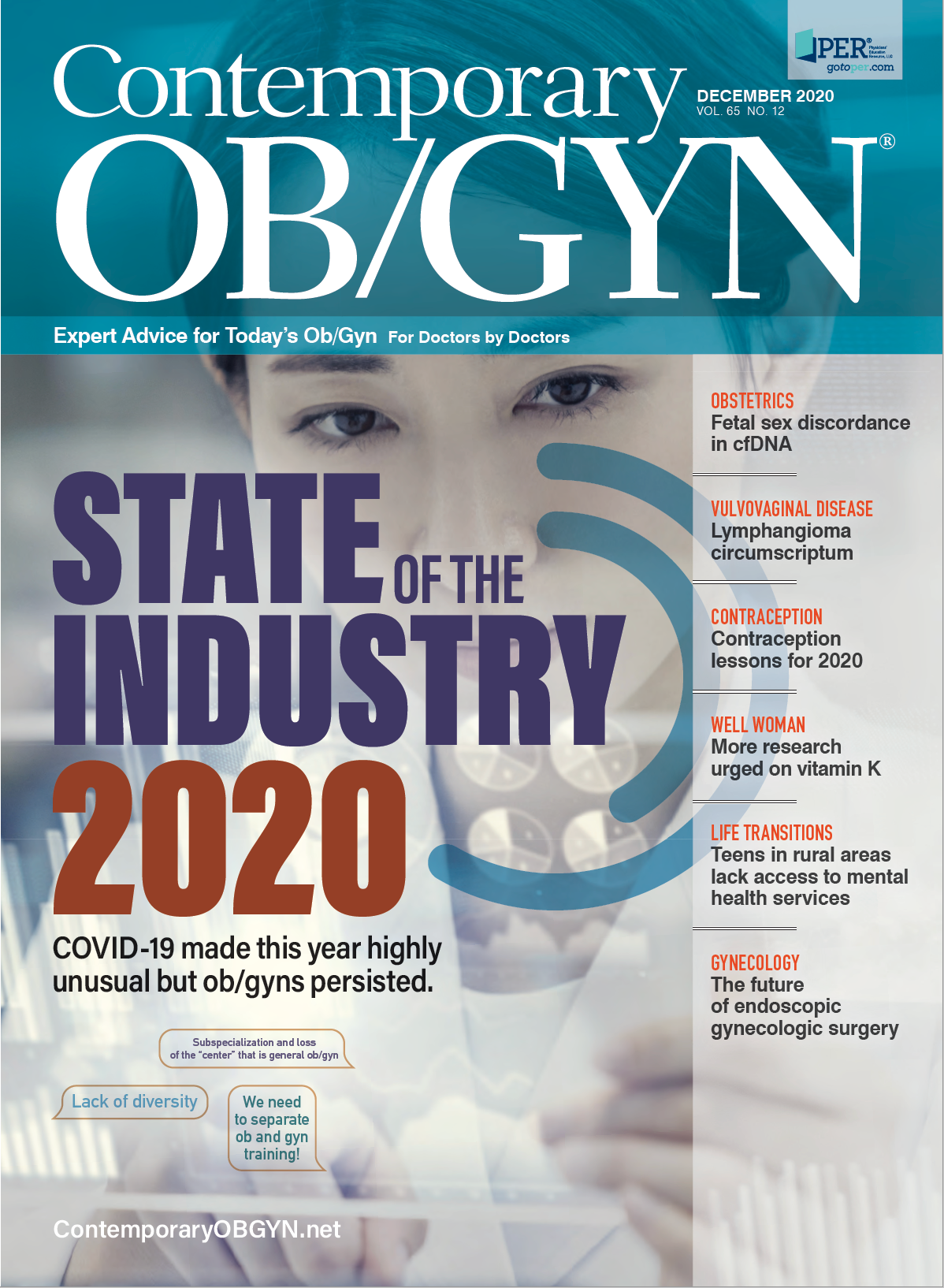 Hear from James Shwayder, MD, as he goes through the details of a case involving methotrexate in an intrauterine pregnancy that eventually led to fetal demise.