If you are like me, you had no idea who provided the money to pay your salary as a resident. I just assumed it was my hospital. But the federal government spends more than $15 billion per year on residency and fellowship training, and many are asking why physicians deserve this special largesse denied other professionals.

Dr. Lockwood, Editor-in-Chief, is Dean of the Morsani College of Medicine and Senior Vice President of USF Health, University of South Florida, Tampa. He can be reached at DrLockwood@advanstar.com.

If we want to ensure that future generations of medical students have access to first-rate ob/gyn training, we need to join the growing debate over graduate medical education (GME) funding.

If you are like me, you had no idea who provided the money to pay your salary as a resident. I just assumed it was my hospital. But the federal government spends more than $15 billion per year on residency and fellowship training, and many are asking why physicians deserve this special largesse denied other professionals.

What are the issues behind this debate-and should we be concerned about the viability of future ob/gyn training?

In contrast, DGME funds are used to directly support the salaries and benefits of residents, program directors, and select faculty. Both IME and DGME payments are dependent on a hospital’s volume of Medicare inpatients, disadvantaging programs with large pediatric, obstetric, and non-elderly adult populations.

However, both VA and HRSA funds depend on politically unreliable Congressional discretionary appropriations, rather than Medicare’s mandatory appropriations. The Department of Defense sponsors 200 GME programs with 3200 trainees, but the exact costs of these programs are not available.

In addition, an unknown level of support is provided by hospitals, physician groups, philanthropy, and even industry, but the preponderance of financial support for GME comes from the federal government.

Read: Academic medicine: A bubble about to burst?

Federal funding of GME has been under intense scrutiny for more than decades. The primary question is why Medicare serves as the chief underwriter of resident and fellowship training when Medicare patients account for a minority of most physicians’ practices. And, why does the bulk of such funding go toward specialist and subspecialist training, when there is a clear national shortage of primary care providers (PCPs)? Why do hospitals receive virtually all Medicare funding when future physicians will predominately work in ambulatory settings?

It is also legitimate to wonder why most funding goes to urban hospitals, given the surfeit of physicians in affluent urban areas and their dearth in rural locales.

Partly in response to these concerns, but mostly to save money, the federal government “capped” residency slots as part of the 1997 Balanced Budget Act, paying hospitals for the number of residents and fellows they had on December 31, 1996. This “cap” has had the perverse effect of perpetuating geographical and specialty imbalances, though so-called virgin institutions may request new Medicare GME funding with these slots capped after 5 years.

Also in response to critics’ complaints that IME formulas overestimated trainee-related hospital costs, the government has reduced IME funding several times during the past 30 years. More recently, both the White House and House Republicans proposed substantial reductions in GME funding, which were blocked only after a massive lobbying effort led by the Association of American Medical Colleges (AAMC) and other professional societies and hospital trade groups.

The IOM Committee on Governance and Financing of GME was formed at the behest of stakeholders including 11 US senators. The Committee assessed workforce assumptions, funding sources, and the quality of current GME training. They concluded that the current GME system is neither transparent nor accountable, has too many specialists and too few PCPs, and is not producing physicians willing to work in rural and underserved areas.

They argued that GME programs are too focused on inpatient rather than community and ambulatory care and that they lack proper emphasis on coordination and cost of care, health information technologies, and cultural competency.

The IOM recommended that there be no further increases in Medicare GME funding and that IME and DGME funding streams be merged and used to directly fund all residents and fellows at a geographic- and inflation-adjusted national per resident amount. The IOM also recommended dividing this funding into operational and transformational components. The former would cover current training programs and the latter would be used to experiment with new GME models.

Operational funds would be progressively reduced by up to 30% to fund transformational projects. The IOM also called for creating a new bureaucracy to oversee GME payments and policies, collect data, and issue reports.

They also opined that GME funds should no longer be distributed to hospitals based on Medicare inpatient volume but to the actual sponsors (eg, medical schools, federally qualified health centers, and academic medical centers) responsible for maintaining accreditation, thus addressing the disconnect between those receiving Medicare funds and those responsible for the academic integrity of GME programs.

After a 10-year transition all Medicare GME payments would reward performance and reflect national, regional, and local workforce needs.

The stakes could not be higher

Over the same interval, despite the Medicare cap, the number of Accreditation Council for Graduate Medical Education (ACGME)-approved GME slots has increased 17.5%, from 100,176 to 117,717, though the number of new first-year positions has increased only 13.6%.1 There are another 7498 trainees in osteopathic residencies. Thus, the concern is that at some point in the not-too-distant future the rising number of US medical students will exceed the number of available US GME slots.

Moreover, many experts worry that implementation of the IOM recommendations could exacerbate the problem by reducing the number of GME slots just as this wave of needed new physicians is graduating.2

For their part, the IOM Committee disputes claims of an impending physician shortage, arguing that they do not take into account likely future improvements in productivity from increased use of physician assistants and advanced practice nurses as well as improved efficiencies resulting from new health information technologies and telemedicine. They argue that these productivity improvements-coupled with reduced physician demand resulting from new medical payment systems such as capitation and patient-centered medical homes-will mitigate future shortages.

The Committee also notes that hospitals increased GME slots, as noted above, despite the Medicare cap.

The essential problem with the IOM position is that if their estimates of increased productivity and decreased physician demand are wrong, and/or if hospitals can’t continue to increase self-funded GME slots in the face of anticipated historic revenue shortfalls, there will be not only many disappointed US medical student graduates unable to find residency slots, but also many patients with reduced or no access to physicians.

On the other hand, if the IOM Committee’s critics are wrong, and GME slots are needlessly increased, there will be a surplus of physicians, reducing market demand and potentially reducing costs.

Which bet would you make?

The IOM report makes many compelling arguments and has stimulated a much-needed debate. The IOM Committee makes some excellent suggestions including eliminating distinct IME and DGME payment streams in favor of a simple, transparent per-resident amount. It also favors funding GME sponsors responsible for maintaining accreditation rather than hospitals that directly benefit from trainee work and receive hard-to-justify IME payments.

But at the heart of the debate is the question of how we reconcile national workforce needs with the freedom of students to choose their own career paths.

The IOM argues that Medicare should continue to fund GME because we should not squander this “leverage” for GME reform. I find that argument unconvincing. Indeed, economists contend that there is no economic rationale for taxpayer support of GME because it fails to meet the definition of a public good.3  This argument rings hollow as well since access to effective health care is an obvious public good. Moreover, since all patients and payers ultimately benefit from having a well-trained, competent, and diverse physician workforce, all payers should cover GME costs.

Thus, whether the GME program is based in a rural community health center or quaternary care urban teaching hospital, all payments received from all insurers (private and public) for all patient services rendered at these sites should include a specified component to cover GME costs. These funds should then go to the academic GME sponsor who pays the trainees’ salaries and covers legitimate administrative and teaching costs.

As to the number of GME slots available and their allocation by specialty, these decisions should be left to the free market-rather than some government agency’s central planning efforts-as far as is practicable. As we move to consumer-directed healthcare plans, traditional labor market supply-and-demand forces will do a far better job of meeting future physician workforce needs.

And where the free market falters, the government can provide incentives through loan forgiveness programs, scholarships, and generous bonuses to encourage graduating medical students to enter primary care fields and serve in rural and under-resourced urban settings.

As for ob/gyns, for many reasons there will be high and sustained market demand for resident graduates for years to come and as long as the government doesn’t interfere, the market will ensure an adequate number of training programs and graduating residents. 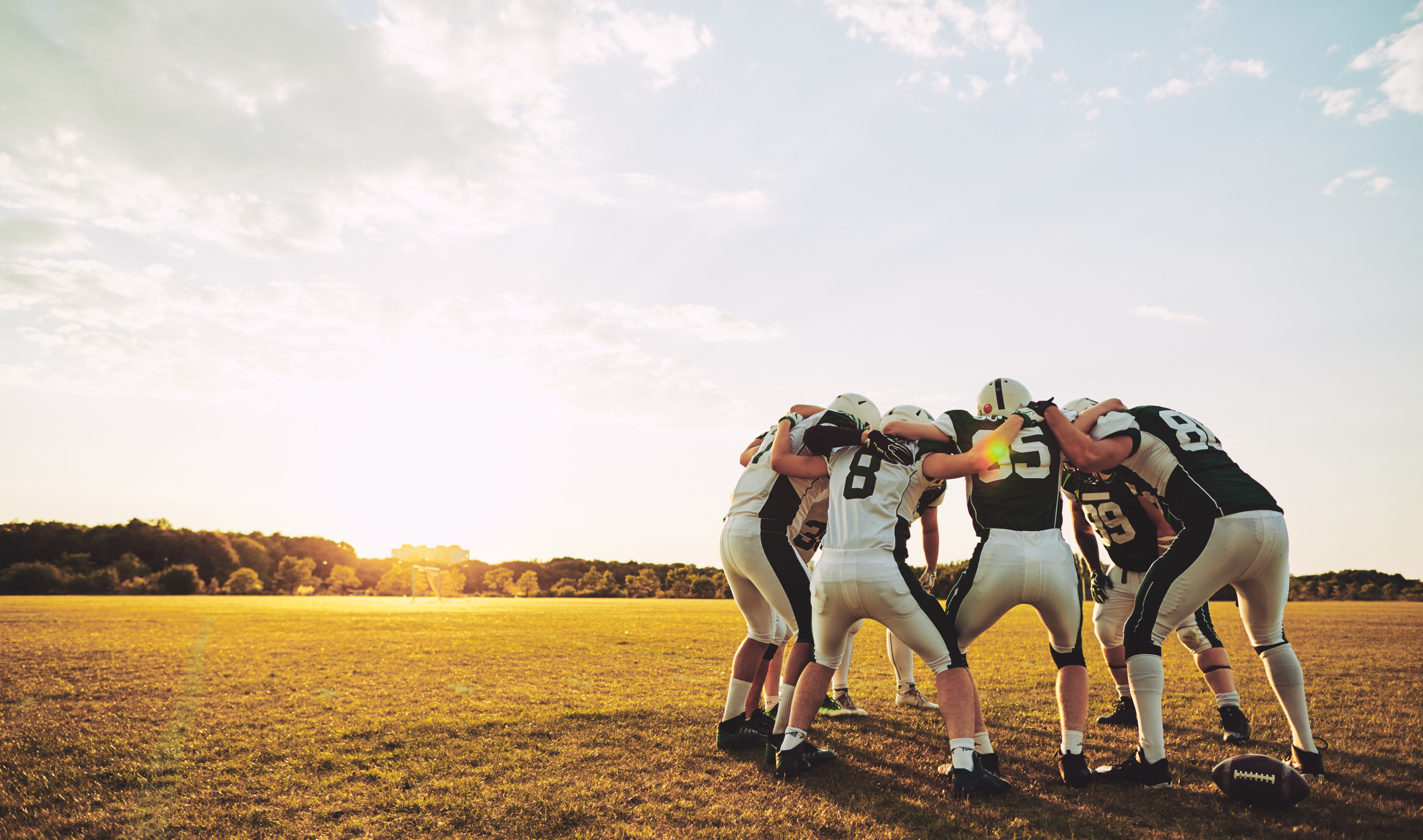 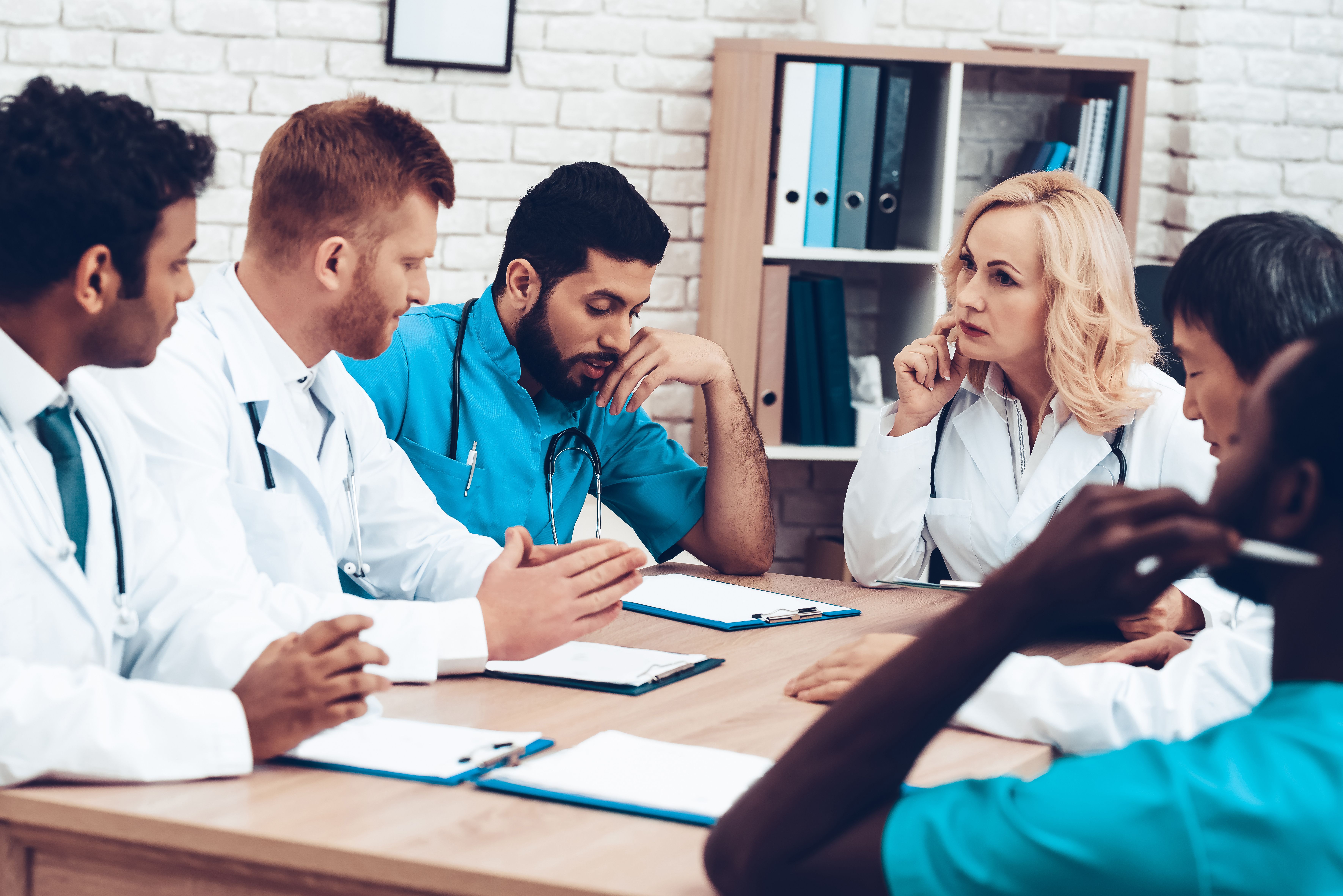 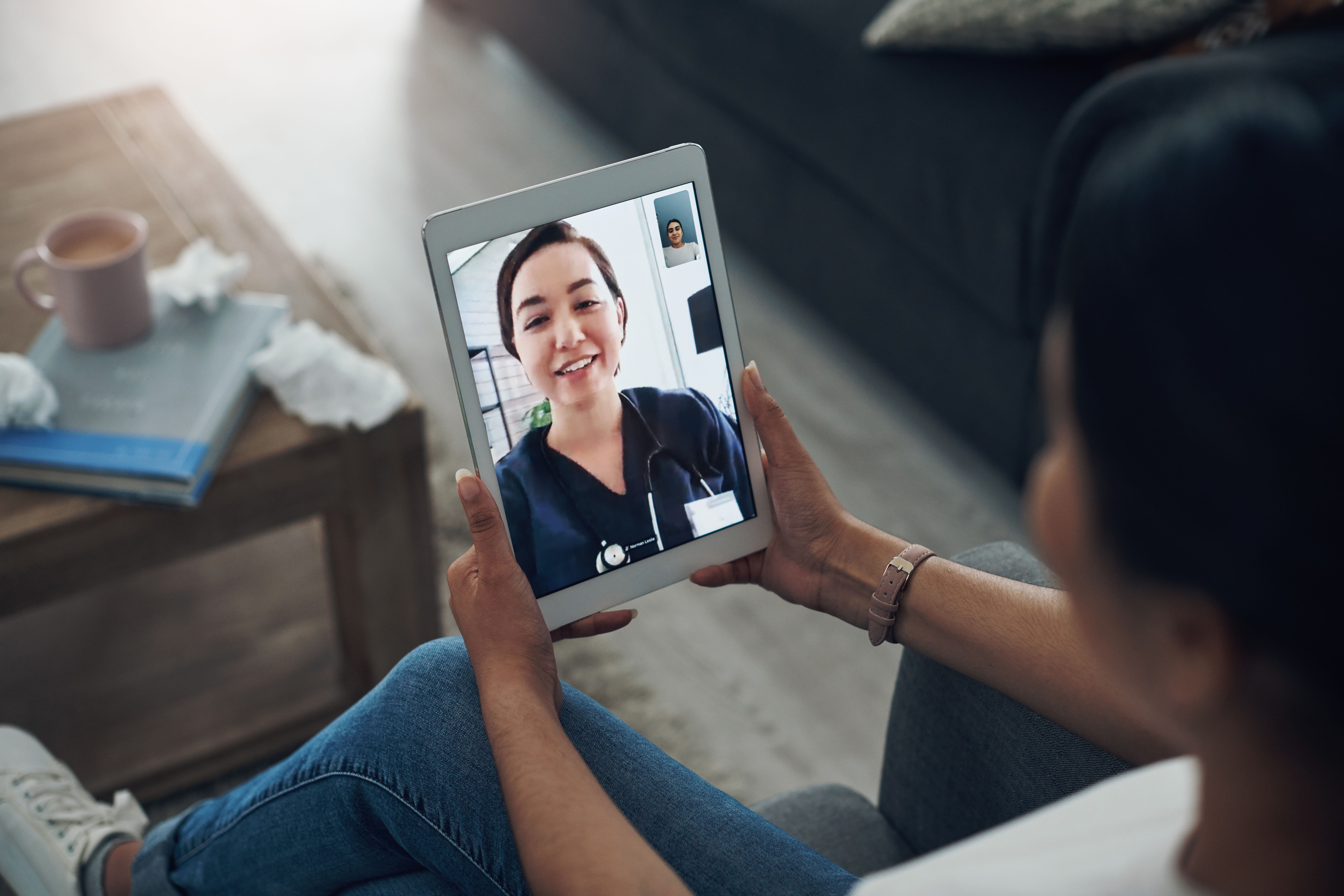 Not only for football and safety but also for productivity and efficiency.

How to keep your team together

Survey shows that patients are dealing with so many phone scams that they miss calls from their doctors because the number isn’t identified.