Fertility banking – how secure is it? 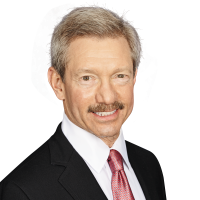 Recent cryopreservation tank failures have focused a spotlight on procedures used by IVF facilities to safeguard patients’ reproductive tissue. The information here may help ob/gyns and their patients better understand the processes, management, and maintenance of IVF systems.

Cryopreservation of gametes (sperm and oocytes) and embryos has been an essential component of assisted reproductive technology (ART) for many years. Cryopreservation of semen, first employed successfully in the 1950s, has potentiated safe intrauterine insemination, effectively eliminating transmission of sexually transmitted disease with current practices of quarantining and retesting before use. It has also been effectively utilized for fertility preservation for men facing surgery, chemotherapy or radiation for malignancy likely to render them sterile, and prior to vasectomy. Embryo cryopreservation, successfully first performed in the 1980s, offered an option for storage and successful subsequent use of supernumerary embryos created with in vitro fertilization (IVF). It is now relied on for patients having a host of genetic tests performed on their embryos to allow time to receive results before transfer, for women seeking fertility preservation for a variety of reasons and other women that have temporary or permanent contraindications to proceeding with fresh embryo transfer or pregnancy.

More recently, it has been appreciated that frozen embryo transfers often produce higher success rates than fresh cycles and result in safer pregnancies for mothers and babies. These advantages include a lower incidence of preterm deliveries and small for gestational age neonates. Cryopreservation of oocytes developed in the late 1990s has potentiated fertility preservation for women for the same indications used for sperm freezing. In addition, the well-recognized age-related decline in fertility in women, attributed to diminishing oocyte quantity and quality, has created new and exponential demand for fertility preservation for so-called “social” reasons. Successful cryopreservation of oocytes has been the most technically challenging process but survival rates greater than 90% have now been reported.1

The success of these technologies has rapidly led to a very large inventory of cryopreserved tissues around the world. Many couples and individuals electing to cryopreserve gametes and embryos have an indefinite time horizon for their use, which adds to the challenge of storing large quantities of tissue over long periods. For the most part, fertility clinics have admirably met this challenge.

One of the highest priorities of a fertility clinic and its laboratory is to safeguard any cryopreserved reproductive tissue (e.g. sperm, eggs, and embryos) in storage at the clinic. Such storage requires the highest level of surveillance to maintain appropriate cryogenic conditions and immediate reaction and action when conditions do not meet the needed standards. In many cases, reproductive tissues are irreplaceable and may represent the only opportunity for future offspring for the affected patient.

Cryopreservation with all of these techniques is a safe, reliable methodology that has generally been taken for granted by patients and health care professionals. However, cryopreservation of human tissue is subject to two primary problems: microbial contamination (not addressed in this commentary) and failure of the requisite equipment to maintain cryogenic conditions. Recent well-publicized simultaneous failures of cryogenic storage tanks at two American fertility centers earlier this year created considerable alarm throughout the industry after thousands of cryopreserved sperm, egg, and embryo specimens were placed at risk. Cryogenic storage tank failure occurs when either the cryogenic storage tank’s temperature is inadequate for storage of reproductive tissue or the volume of cryoprotectant (liquid nitrogen, LN2) required to maintain the cryogenic storage tank is insufficient. As a result of either of these conditions, the reproductive tissue may completely or partially thaw, causing irreversible damage or even destruction of the reproductive tissue.

These recent events have received extensive coverage and created legitimate concerns regarding the safety and reliability of cryopreservation systems. The following information is intended to address concerns and queries regarding the processes, management, and maintenance of systems associated with reproductive tissue cryopreservation and storage.

How are reproductive tissues cryopreserved?

For sperm, a preliminary analysis is performed on the semen sample to assess sperm count and motility. After the analysis, the semen is mixed with a glycerol-based cryopreservation media, placed into several individual vials and slowly exposed to LN2vapors. Approximately 30 to 60 minutes later, the vials are transferred to cryogenic storage tanks for permanent storage.

Oocytes and embryos are cryopreserved utilizing essentially the same methodology but with special modifications. Previously, oocytes and embryos were placed into dehydrating cryoprotectant solutions that removed water from the cells and then replaced the water to protect from ice damage during cryopreservation process. Next the oocytes or embryos were placed into an automated freezer that slowly cooled down to -30oC. Today, oocytes and embryos are cryopreserved by a technique called “vitrification,” whereby the process of cryopreservation is so rapid that the water molecules inside oocytes and embryos do not have the time to form ice crystals and they instantly solidify into a glass-like structure. Slow freezing and vitrification have several other key differences, including the volume of cryoprotectant used (10- to 100-fold greater with slow freezing), devices used for storage and thermodynamic stability (favoring vitrification). Most labs now perform vitrification exclusively. There are also two options for freezing medium: liquid nitrogen and nitrogen vapor. Most of the publicized tank failures have involved nitrogen vapor but vapor is used almost exclusively for shipment of cryopreserved tissues.

Cryogenic storage tanks filled with LN2are considered reliably safe and are the standard for most fertility clinics worldwide. These insulated metal containers have walls with two or more vacuumed layers to allow holding and maintenance of LN2at its basal temperature of -196º C, far below the conditions necessary to maintain the viability of cryopreserved reproductive tissues. These tanks do not require electrical power to maintain temperature and are not affected by power outages.

How are cryogenic storage tanks maintained and monitored?

Cryogenic storage tanks are usually stored in a secure access room. All tanks are connected to an alarm system that is capable of remotely alerting laboratory staff members in event of a significant temperature variation or LN2level deviation. In the event of an alarm, standard protocol calls for laboratory staff to immediately report to the laboratory at any time to investigate the cause of the alarm. The alarm system is tested monthly and should undergo preventative maintenance at least once a year. Standard protocols for following these regimens is essential to reduce the contribution of human error to catastrophic failure.

Because redundancy is an essential feature of all critical monitoring system, nitrogen levels are measured in all tanks at least three times per week, if not daily to ensure temperature uniformity. A yardstick-like instrument is used to measure the level of LN2and these data are graphically charted to detect increased consumption of LN2, which may be a signal that a tank is failing. If the cryogenic storage tank does not have an autofill mechanism, it is manually filled with LN2to a pre-determined level.

All cryogenic storage tanks are checked daily for signs of frost or condensation that may indicate impending tank failure. If there are any signs of malfunction, a tank must be replaced. At least one empty back-up tank should be readily available and filled with LN2, in the event of a tank failure emergency.

When a natural disaster is anticipated or another event that would potentially preclude access to the tanks or delivery of additional LN2, undamaged cryogenic storage tanks should be capable of maintaining appropriate temperatures for at least six weeks to ensure safety of the reproductive tissues.

What is a failure of a cryogenic storage tank?

A catastrophic failure occurs when a cryogenic storage tank’s vacuum is abruptly lost without warning. Unless a backup tank is available and the contained cryopreserved reproductive tissues are immediately transferred, loss of the cryopreserved specimens is imminent. Other tank failures occur when there is slow deterioration of the tank’s vacuum due to mechanical insult, overfill with LN2, inertial stress, and metal or weld fatigue. Signs of frost or condensation are the most common signs of impending cryogenic storage tank failure and increased LN2 consumption. Most manufacturers guarantee the tank’s vacuum for five years and cite a lifespan of ten years.

How often does a cryogenic storage tank failure happen?

Who regulates storage of reproductive tissues?

Fertility centers are subject to oversight by many federal, state, and local agencies but regulation of storage of reproductive tissues in fertility centers is not specifically addressed. For the most part, American clinical laboratories are regulated under the Clinical Laboratory Improvement Amendments (CLIA) of 1988, except for the embryology component of the fertility laboratory. The Food and Drug Administration (FDA), the Centers for Medicare and Medicaid Services (CMS), and the Centers for Disease Control and Prevention (CDC) have joint responsibility for the law, which empowers the government to monitor performance, conduct inspections, and enforce compliance. Some states (Maryland, New York, Oregon, and California) license tissue banks and biorepositories, which also includes oversight of cryogenic storage of reproductive tissues.

The College of American Pathologists (CAP) has legal jurisdiction to inspect and accredit fertility laboratories. CAP inspects hundreds of fertility laboratories biennially, but their checklists include only two questions on cryogenic storage based on the American Association of Tissue Bank standards. The first question covers laboratory compliance with having a written procedure for monitoring and maintaining adequate liquid nitrogen levels with evidence of compliance as the actual written procedure and records of monitoring LN2levels at a defined frequency. The second question covers laboratory compliance with having 24-hour/day (either remote or in the laboratory) alarm monitoring and annual maintenance checks of the alarm system. Evidence of compliance is required and includes documentation of response to alarms and a written protocol for responding to alarms and taking alternative measures.5