The importance of intervention: When was this baby in trouble?

In this case, the question of fetal well-being as demonstrated on the FHR tracing is significant. 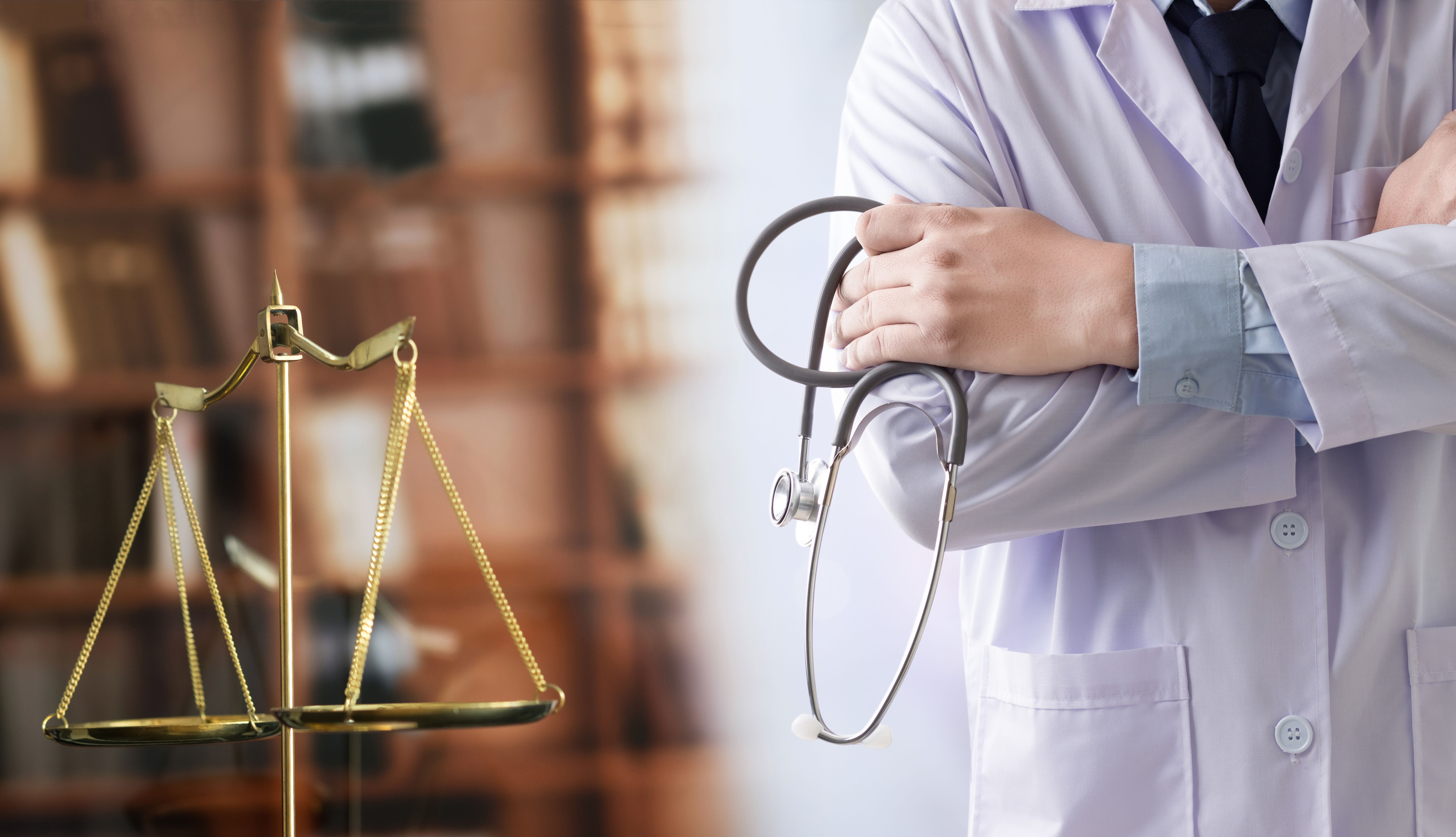 Facts
The plaintiff mother received prenatal care at defendant ob/gyn practice, predominately from Dr. A, between August 29, 2013 and April 15, 2014. There was no issue with that care.

At 4:16 am on April 14, 2014, the plaintiff was admitted to defendant hospital at 36 weeks, 6 days because of increasing contractions. An epidural was started at 8:06 am. Labor was managed by Dr. B from 8:00 am up to and including delivery of the infant at 5:06 pm. Dr. B was the daytime on-call attending for defendant ob/gyn practice and Dr. A (who was on vacation, but in the office) came to deliver the infant when Dr. B called to inform her that the patient was fully dilated. Dr. A arrived at about 4:50 pm or 16 minutes before delivery.

Labor was reported to be routine until 2:30 pm. At that time, the fetal heart rate monitor (FHR) showed fetal tachycardia to 165 bpm. The patient was 7 cm dilated, 90% effaced, and the infant was at +1 station. Oxytocin was started at 4 MUmin. At 3:25 pm, the patient was fully dilated and the oxytocin was stopped because of long variable decelerations, which had started at 3:10 pm, some of which had a late component. At that time, there was still good beat-to-beat variability. Tachysystole had begun at 3:15 pm.

The infant was at +4 station as of 4:20 pm, and the FHR continued to deteriorate from “bad” Category II strips to Category III strips, with decreasing beat-to-beat variability over that time until 4:36 pm, when variability was absent. At that time, maternal fever also was noted, from 99.7°F to 102.3°F. When Dr. A arrived at about 4:50 pm, she reviewed the FHR monitor and instructed the mother that her infant had to be delivered now. Because the head was so far down (at +5 station), Dr. A believed the infant could be delivered faster vaginally than with a cesarean section. At vaginal delivery at 5:06 pm, meconium and a tight nuchal cord x 1 were present. The mother’s temperature at delivery was 100.6°F.

The infant’s Apgars were 1, 3, and 4. Pediatrics was in the room at the time of delivery and suctioned the meconium but the infant’s heart rate was less than 60 beats per minute (bpm). Tactile stimulation and positive pressure ventilation (PPV) did not improve the heart rate. At 52 seconds, a neonatal airway specialist was called. At 2:27 minutes, the anesthesiologist arrived to assist. At 3:59 minutes, the pediatric resident made an unsuccessful attempt to intubate the infant. Another unsuccessful attempt at intubation was made at 4:17 minutes, by the pediatric attending. At 5 minutes, the neonatal airway specialist arrived and at 5:21 minutes, another unsuccessful attempt at intubation was made. Finally, at 6:10 minutes, Pediatrics successfully intubated the infant.

The infant’s initial neurological examination showed pupils pinpoint and equal bilaterally, no reaction to light, no tone, no spontaneous movement or eye opening, and no reflexes. He was diagnosed with “severe encephalopathy secondary to perinatal hypoxic – ischemia and DIC.”  Although there were no detectable subclinical seizures on electroencephalogram, the physicians suspected seizure activity on physical examination and, as a result, the infant was treated with phenobarbital. He was placed on hypothermia protocol from birth until April 19, 2014. On April 21, 2014, magnetic resonance imaging was performed and the infant was noted to have an “acute” right thalamic infarct, measuring 1.1 x 1.3 cm. In addition, there was a finding of a posterior fossa subdural hematoma, as well as some arachnoid hemorrhage. Almost every note refers to the fact that the infant was suffering from “severe hypoxic ischemic encephalopathy (HIE).”

Damages
Records from pediatric neurology and the infant’s pediatrician indicate that the child met milestones up to age 1 year. The pediatric neurologist found two to three beats of clonus with some possible hypertonicity. At age 1 year, the boy was able to say consonant sounds and “dada” was emerging as specific. However, the plaintiffs hired their own speech pathologist, who said the child might or might not have a speech delay. In October 2014 (age 6 months), the parents applied for early intervention program (EIP) services and an evaluation performed did find “significant delays in gross and fine motor function.” He was also evaluated by a developmental pediatrician, physical therapist, and occupational therapist and found to have low trunk tone centrally and there was head lag when he was pulled to a sitting position. They also found increased tone in his extremities and his hands sometimes would fist and other times were open. Tightness was found, particularly in the child’s lower extremities at the knees and ankles. His deep tendon reflexes were very brisk at 3+, but no ankle clonus was found and no tremors were observed. Two cognitive developmental tests administered to the infant arrived at opposite conclusions. The infant began occupational therapy in October 2014 and continued to receive it.

Experts/Discovery
The ob/gyn expert believed the case was indefensible as to Dr. B. She believed the infant should have been delivered at 3:36 pm, and if he had been, he would have no issues. She believed a cesarean delivery was warranted at 4:20 pm. The expert did not fault Dr. A for delivering the child vaginally, given the time she arrived on the scene. A crash cesarean delivery performed after Dr. A had a chance to assess the situation, the expert said, would not have amounted to significant time-saving in the infant’s delivery.

The pediatric neurology expert believed the infant would be fine. Although the child may have some discoordination, his comprehension, the neurologist said, was normal. The expert also believed that the child might have some speech difficulty early but that it would improve with time. He believed the child would be enrolled in mainstream classes.

As for the 5- to 6-minute delay in intubating the infant until the pediatric resuscitation team arrived, the neurology expert pointed out that the infant was receiving (PPV), which did provide oxygenation. He did not believe that the time it took for the resuscitation team to arrive or the difficulty the pediatricians had intubating the infant represented a departure from standard of care. He agreed, however, that plaintiff counsel could make an argument that “every second counts.” Intubation would have been better in the long term, but medically, PPV was fine in the short term. He agreed that the infant suffered HIE.

The neonatology expert opined that this case established an incredibly clear, almost textbook case of what would be relatively acute perinatal asphyxia. He gave a lot of credit to the neonatal team and believed that the aggressive treatment they provided was adequate. The expert stated that the resuscitation was appropriate although there was a slight delay in intubation. He stated that the 6-minute delay did not correlate with the degree of abnormalities found on clinical exam.

At 3:34 pm, the patient was fully dilated and she started pushing with every contraction at 3:39 pm. Dr. B was asked why she did not administer terbutaline to help with the tachysystole. She testified that she wanted to deliver the baby and did not want to interfere with the patient’s contractions and pushing. Dr. B testified that tachysystole can occur during labor and can be normal. She stated that there was a late deceleration seen at 3:29 pm, which most likely was caused by the tachysystole. Dr. B stated it is “possible” this deceleration was a prolonged deceleration of 9 minutes because the FHR never seemed to fully recover to baseline. She stated this could be viewed as non-reassuring but testified that there was still moderate beat-to-beat variability and some loss of contact, so it was difficult for her to comment on this finding. Dr. B testified that at delivery, the infant was floppy with no spontaneous respirations.

The testimony of Dr. A was that she did not believe she could have performed a cesarean delivery faster than she was able to deliver the infant vaginally.  To transport the patient to the operating room, get everyone set up, make the incisions, and top off the epidural anesthesia, she said, would have taken approximately 20 minutes, which is roughly the timeframe in which the infant was delivered from her arrival on the scene. Dr. A ultimately said that what is seen towards the end of the strips (fetal tachycardia, decreased beat-to-beat variability, and decelerations) could be consistent with hypoxia. Because there was a loss of contact towards the end on the FHR monitor strips, however, some of the strips were difficult to decipher. Dr. A stated that after delivery and when the infant’s arterial blood gas levels were obtained, what was seen on the FHR monitor strips toward the end could have been consistent with hypoxia.

The case was settled prior to trial for slightly under $4 million. Dr. B’s “failure” to appreciate the significance of fetal well-being, or lack thereof, as exhibited by non-reassuring FHR monitoring strips and to effectuate early caesarean delivery was too daunting a departure from acceptable practice to risk a trial and a jury’s verdict. While we were able to effectively tiptoe around the land mines of criticism during deposition, no such protections would have been afforded at trial, when both defendants’ criticisms of management were likely to be exposed. Dr. A’s opinions regarding Dr. B’s management of delivery until she arrived also would likely have proved damning. Efforts were made to limit defendants’ exposure during the discovery phase of the case, but once the opportunity presented itself to resolve the case within available insurance coverage rather than risk a jury’s verdict, we took the opportunity to do so. 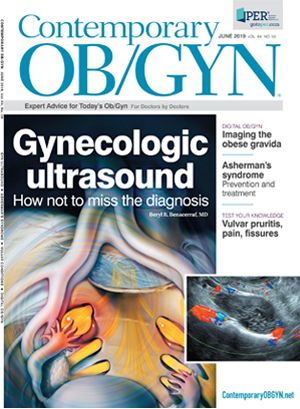 The importance of intervention: When was this baby in trouble?
Fighting back with love
How to optimize imaging in the obese gravida
Pruritus, pain and fissures in a 65-year-old woman
Ensuring medications are more affordable without stifling innovation
Antibiotic prophylaxis and operative vaginal delivery
Barriers to abortion training in ob/gyn residency
Related Content 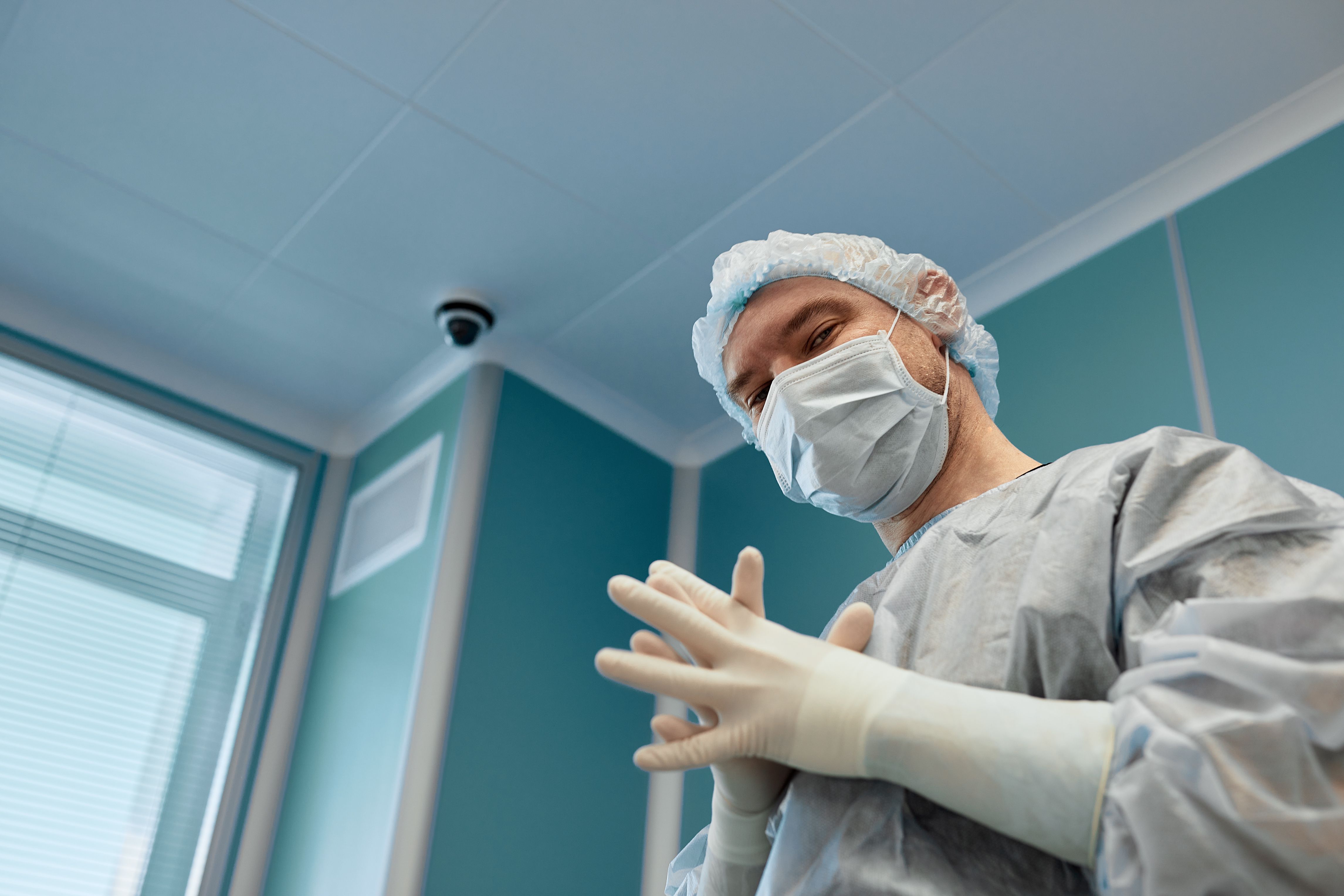 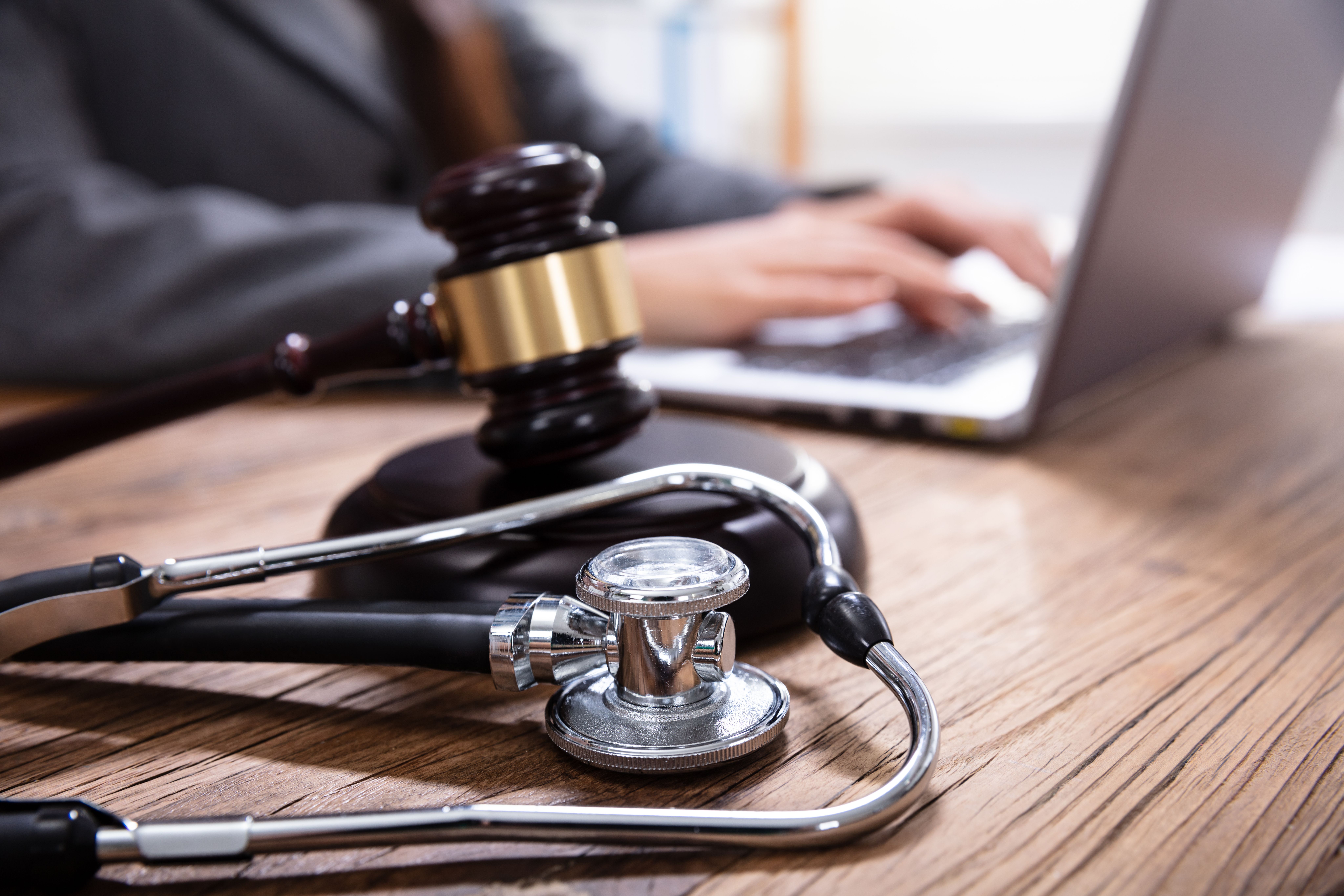 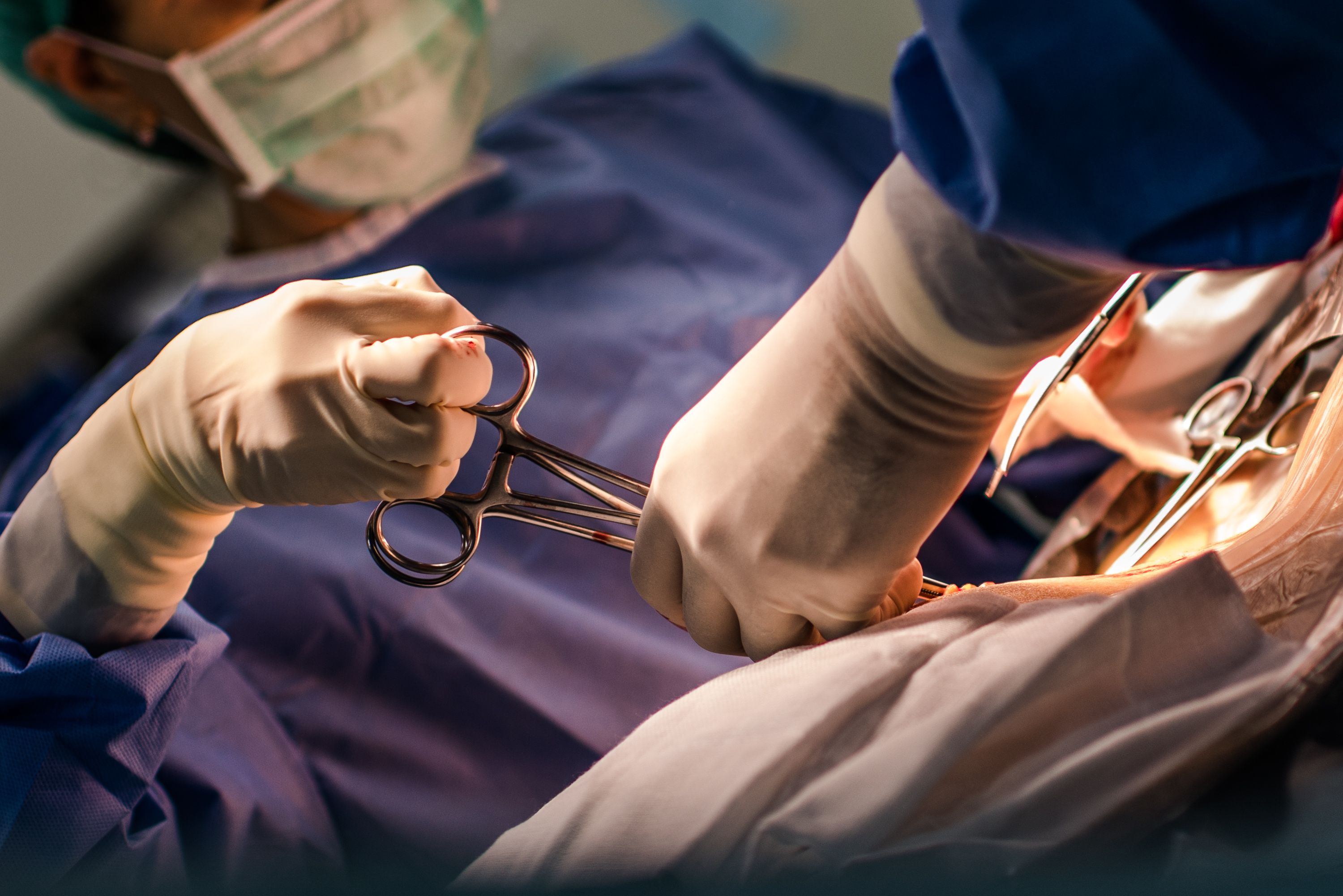 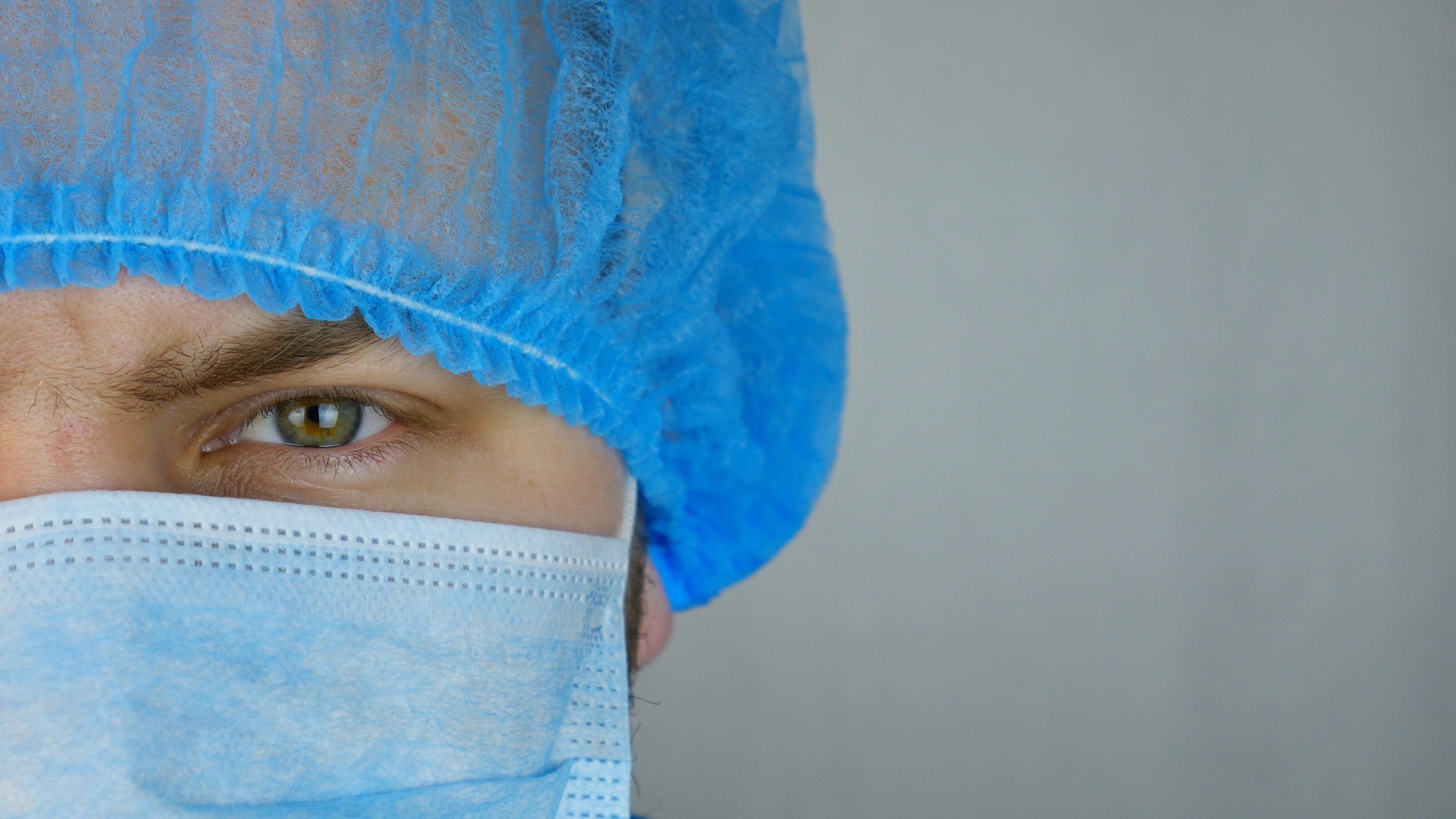 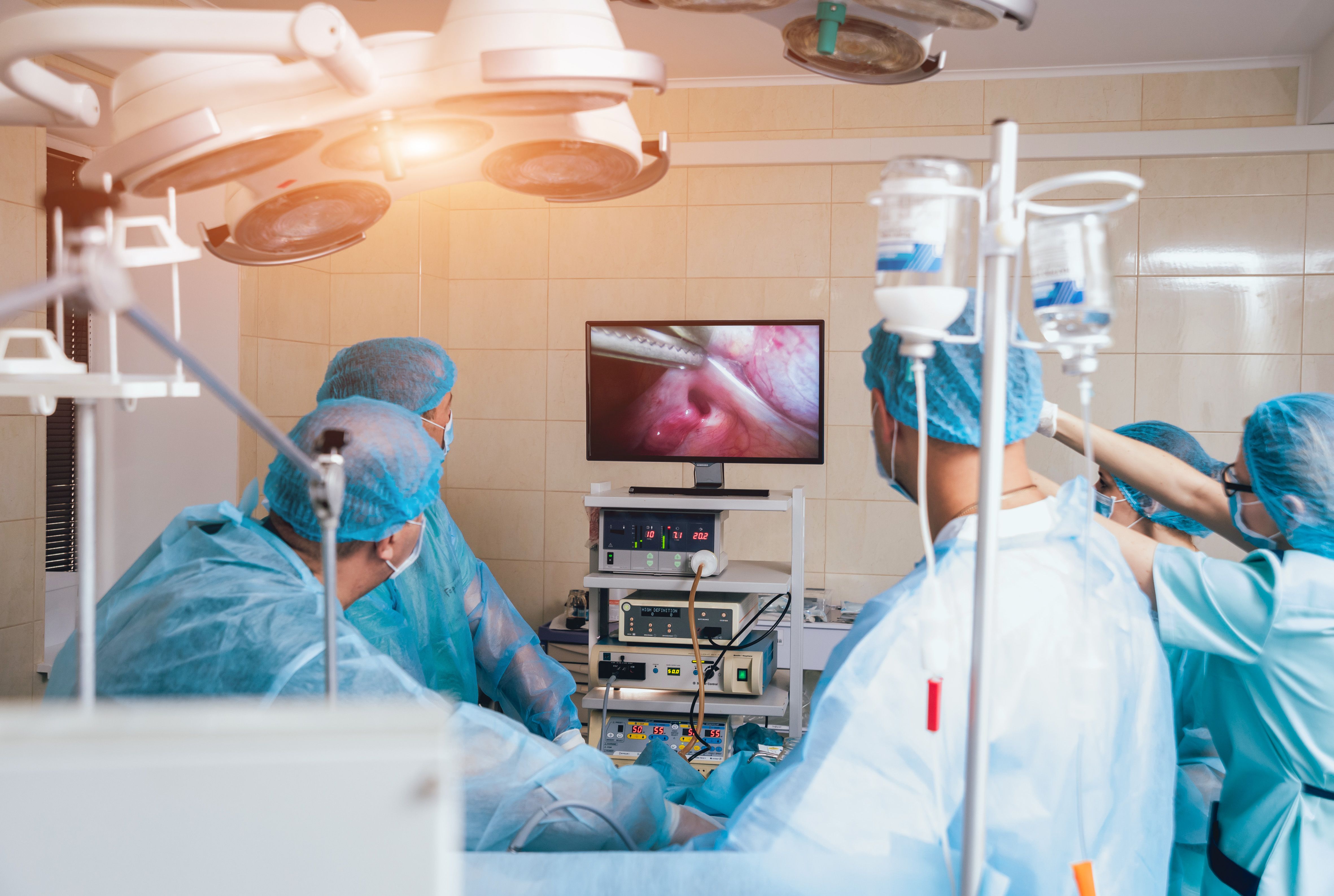 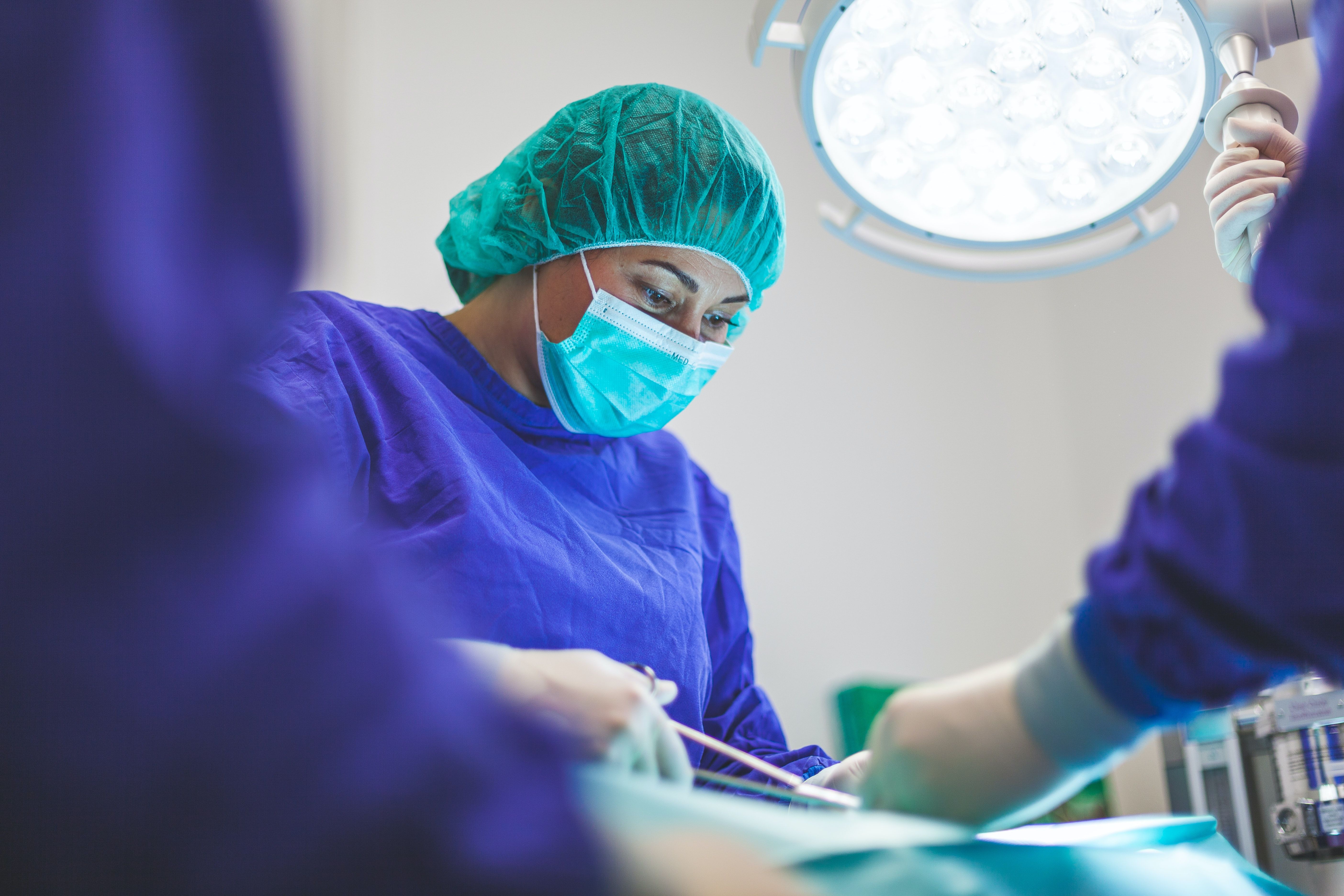 The penalties of deception can be much worse than medical negligence.

General surgeons and ob/gyns are the most likely physicians to get sued, according to data from the American Medical Association’s 2016 Physician Practice Benchmark Survey.

The outcome in this case underscores the need for solid documentation, especially when one of the defendants has passed.

An LVAH case underscores the importance of continuing education.

This case involves an eight-year-old patient who originally presented with a chief complaint of right-sided abdominal pain and one episode of vomiting.