How to optimize imaging in the obese gravida 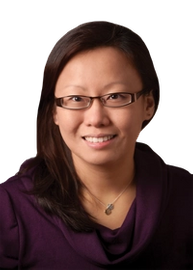 Associate at the Center for Fetal Medicine and Women’s Ultrasound, Los Angeles, Califoria and a Clinical Faculty in the Division of Maternal-Fetal Medicine, Department of Obstetrics and Gynecology, University of California, Los Angeles.

Proper positioning, careful choice of probe, and leveraging of post-processing capabilities all can improve ultrasound quality in this patient population.

Obesity has become an overwhelming epidemic in the United States and contributes an estimated $147 to nearly $210 billion per year in healthcare costs. It is estimated that over 60% of the US female population is considered overweight, with 45% of US women between ages 15 and 49 considered obese.1-4

This prevalent disorder increases both risk of infertility and complications during pregnancy, and has become a major clinical risk factor for adverse outcomes for both mother and fetus.2-4 Women with obesity experience increased risks of maternal complications of gestational diabetes, preeclampsia, cesarean delivery, thromboembolism, and postpartum hemorrhage, and fetal complications, such as prematurity, congenital anomalies, macrosomia, birth complications, and stillbirth.2,3

Why obesity makes imaging challenging
In addition to the risk of structural anomalies, technical challenges associated with sonographic imaging result in a significantly lower detection rate for cardiac anomalies, as well as an increased risk of missing markers of aneuploidy.4 The percentage of overweight women who have suboptimal fetal echocardiography is 17.4% when compared to 6.4% in normal-weight patients.6

Many factors contribute to suboptimal imaging in women with higher BMI. Sonographic visualization of fetal structures is degraded by depth of the body fat layer, with resultant increased depth of insonation, absorption of energy by the adipose tissue, and higher back-scatter from refraction.1 Over 50% of fetal anatomic surveys in women with obesity cannot be completed during the first ultrasound examination.3 Studies of second-
trimester ultrasound examinations have shown that as BMI increases, there is a steady degradation in scan quality, and rates of poor visualization of fetal heart and spine correlate linearly with the degree of obesity.3 One study found that if a repeat ultrasound is performed at 21 weeks, then visualization of the heart improved; however, in 20% of exams, the fetal heart could not be adequately assessed despite several ultrasounds.3

Techniques to improve imaging
Images obtained while scanning a patient with obesity are often of poor resolution secondary to backscatter, artifacts, and noise.3 There are several techniques that can result in better sonographic imaging of these patients. The primary goal is to reduce the distance between the transducer and the fetus, and to leverage advanced ultrasound technologies for post-processing.

Proper patient positioning
The panniculus limits visualization due to absorption of ultrasound energy by the adipose tissue, as well as increasing depth of insonation. Because the basic tenet of good ultrasound technique is placement of the organ of interest as close as possible to the transducer, scanning at a point away from the thickest portion of the pannus (between the umbilicus and pubic symphysis) may improve image quality.4 Placing patients in alternate positions, such as lateral decubitus, oblique, semi-recumbent or upright may allow the sonographer to scan away from the areas of most depth, yielding better images. The decubitus position causes the pannus to fall away, allowing the practitioner to use the lateral flank as a window, while pointing the transducer medially. The pannus can also be lifted by an assistant or by the patient herself, and scanning can be performed from the infrapanicular crease to minimize the distance to the target of the ultrasound, the fetus.3,4 Using multiple positions throughout the course of a single visit can result in more optimal views of fetal anatomy and maternal structures. In addition, after the first trimester, it may be necessary to move the fetus into a different position, using a free hand.3 Figures 1 and 2 show examples of the importance of appropriate positioning of the patient during ultrasound.

Full bladder
It is also helpful to have the patient maintain a full bladder, which displaces the uterus cephalad, where the adipose tissue of the anterior abdominal wall may be thinner.3

Proper probe selection
A lower-frequency transducer (e.g. 1 MHz), as opposed to the traditional 2-to 5-MHz abdominal probe, can be combined with beam-forming algorithms to allow for better modeling in overweight patients.4 Because absorption is proportional to ultrasound frequency, lower-frequency transducers allow for less absorption, less attenuation, and more penetration, at the expense of less resolution. Using tissue aberration programs that correct and adjust for the speed changes that occur in adipose tissue also allows for improved resolution and greater depth of penetration. Real-time multiplanar imaging provided by isotropic and new crystal array transducers also be helpful in patients who are obese.4

Using the vaginal probe
Because the vaginal probe can be placed closer to the fetal anatomy when used with a transvaginal approach, it is particularly useful in patients with excess adiposity. A transvaginal approach should be considered routine in suboptimal imaging in the first trimester and in scenarios where fetal parts close to the cervix are suboptimally visualized (i.e., intracranial anatomy in a cephalic fetus, or fetal extremities and sacral spine in a breech fetus). The vaginal probe can also be placed directly in the umbilicus, using it as an acoustic window, and has been shown to improve the fetal cardiac exam.7

Image acquisition techniques/alterations
Use of specialized advanced imaging technologies allows for post-image capture enhancements. Increased signal-to-noise ratios and improved margin definition are easier with post-processing techniques. Use of compound imaging and tissue harmonic imaging has also vastly improved the quality of images that can be obtained from standard ultrasound techniques.4 The principle behind compound imaging is to combine multiple slices of images that have been obtained from different angles to generate an improved composite sonographic image.8 Tissue harmonic sonography, on the other hand, is a gray-scale sonographic technique that markedly improves sonographic contrast resolution, particularly in patients who are difficult to image with conventional techniques.8

Ergonomic tips to prevent injury to sonographer/physician
Taking into account good ergonomic practices is especially important for a practitioner performing ultrasonography on patients who are obese. When performing ultrasound regularly, repetitive injury is common, due to forceful or awkward positions, applying pressure for extended periods of time, and improper positioning. Musculoskeletal injuries are common in sonographers who work in the ob/gyn setting, and it is imperative that they remain aware of hand positions and proper posture and avoid awkward twisting movements while doing scans to avoid injury.4

Avoiding bias against patients who are obese
In our society, obesity is stigmatized, and even though one-third of the adult US population is obese, patients with it are frequently the targets of negative or derogatory comments, prejudice and poor treatment in many settings, including healthcare. There is a growing amount of evidence that supports the notion that physicians and other healthcare workers hold strong implicit bias about patients with obesity,9 and those biases need to be addressed at the systematic and training levels. Because many of our patients have already experienced negative reactions from others, it is even more important to provide them with compassionate care, and to avoid any unconscious bias against patients with obesity, especially because they are more likely to have complications during pregnancy and will need to be able to trust that their physician treats them with respect and dignity.

Obesity is a growing epidemic in the United States. Patients who are obese are at increased risk of fetal anomalies and overall, adverse outcomes are increased in both mothers who are obese and their fetuses. Pregnant patients who are obese present significant technical challenges for those performing ultrasonography. Providers should leverage a patient position, optimize probe selection, and acquire an understanding of post-processing abilities of their ultrasound machines to maximize image quality and facilitate appropriate counseling of pregnant women who are obese.3 Patients who are obese often require additional ultrasounds to complete anatomical surveys, and have a higher utilization of healthcare resources during and after their pregnancies. The economic impacts of obesity cannot be ignored and working with our patients to improve their health before, during, and after their pregnancies can improve the health of society over the long term.4