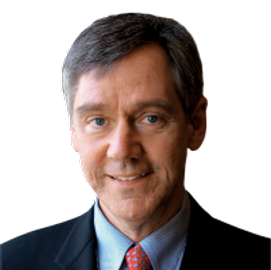 Do you know how to differentiate precancerous from cancerous vulvar lesions?

A 77-year-old woman presents for evaluation of an irritated area on her vulva (Figure 1). She has a history of vulvar lichen sclerosus since her teenage years and has been only partially compliant in using topical corticosteroids.

Vulvar squamous cell carcinoma
Any patient in whom cancer is diagnosed needs to be referred to a gynecologic oncologist. But the initial biopsy of a lesion can be done by an ob/gyn to expedite a patient’s care. Over 90% of vulvar malignancies are histologically squamous cell carcinomas (SCC). There are two known causal pathways for development of vulvar SCC: human papillomavirus (HPV)-dependent and HPV-independent. Approximately 20% of vulvar SCC is HPV-dependent and accounts for the majority of vulvar SCC in younger women; 80% of vulvar SCC is HPV-independent and more often found in older women. Patients with HPV-independent disease often have a concurrent vulvar inflammatory disorder, such as lichen sclerosus. Other risk factors for vulvar SCC include increasing age, cigarette smoking, multiple sexual partners, cervical dysplasia, and immunodeficiency. Biopsy is essential in diagnosis and work-up of a suspected vulvar SCC. Once the diagnosis is made by vulvar biopsy, treatment includes referral to a specialist in gynecologic oncology for primary surgery (radical vulvectomy), possible inguinofemoral lymph node dissection dependent on the depth of invasion, as well as adjuvant radiation and/or chemotherapy when indicated.1

Precancerous lesions of the vulva
Terminology for precancerous vulvar lesions has changed several times over the past few decades. The most recent and most widely used is the International Society for the Study of Vulvovaginal Disease (ISSVD) terminology of 2015.

LSIL of the vulva refers to flat condyloma or HPV-effect, which does not usually require treatment unless it is bothersome to the patient. HSIL of the vulva (previously usual-type VIN) is associated with HPV in over 80% of cases. Left untreated, a significant number of cases will progress to vulvar SCC, therefore, treatment is recommended for vulvar HSIL.2,3 Treatment of HSIL is with simple excision or carbon dioxide laser, dependent on whether the disease is in the hair-bearing or non-hair-bearing area and whether the clitoris is involved. Topical treatment with 5% imiquimoid (off-label) has been found to be efficacious. Wide local excision is preferable if occult invasive disease cannot be excluded.4

Much less common than HSIL of the vulva, dVIN is associated with approximately a 35% chance of progression to SCC. Most cases of dVIN are independent of HPV but are associated with older age and presence of an inflammatory dermatosis, most commonly lichen sclerosus. Treatment with lifelong topical corticosteroids has been shown to decrease the chance of a patient with lichen sclerosus developing precancerous and cancerous lesions of the vulva. Wide local excision of dVIN is suggested to exclude areas of occult invasion.5 Laser therapy and topical treatments are not recommended, outside of exceptional circumstances.

Other less common vulvar diseases
Vulvar Paget’s disease (Figure 3) is a multifocal disease process that accounts for approximately 1% of all vulvar malignancies, most often in postmenopausal white women. The disease is often multifocal, and delay in diagnosis can be several years, so any non-resolving hyperkeratotic plaque on the vulva requires biopsy. Primary treatment of Paget’s disease is generally wide local excision to obtain clear margins. Treatment of invasive Paget’s disease is typically radical vulvectomy and consideration of inguinofemoral lymph node sampling.5 Invasive disease occurs in 10% to 25% of all extramammary Paget’s disease. Perianal tissue is more likely to be associated with invasion than disease on other areas of the vulva.

Verrucous carcinoma
Verrucous carcinoma of the vulva (Figure 4), often grossly mistaken for condylomata, is a rare vulvar malignancy (fewer than 1% of vulvar cancers). It can present as an exophytic, ulcerated or bleeding mass.6 In general, this variant can be slow growing and is locally invasive.6,7 Distant metastases have not been reported with this histologic subtype of vulvar cancer. On histopathology, verrucous carcinoma is characterized by a verruciform growth pattern, a blunt interface between the neoplastic epithelium and the underlying submucosal stroma, and minimal nuclear atypia.6,8 Treatment is typically in the form of surgical excision. Topical medications, ablation therapies, and radiotherapy have not been shown to be effective.6,9,10

Vulvar melanoma (Figure 5) accounts for approximately 10% of all pigmented vulvar lesions.5 Incidence is highest after the sixth decade in white women. Early diagnosis through biopsy has been shown to decrease mortality, so biopsy is warranted of any new or atypical-appearing nevus. Vulvar melanoma should be treated with surgery by a clinician experienced in management of cutaneous malignancies. Five-year survival rates are often less than 50%.

Disease metastatic to the vulva

Metastases to the vulva from primary tumors located elsewhere in the body are uncommon and account for approximately 3% to 5% of all vulvar malignancies. Most common sites of metastases include the cervix and less commonly the uterus, however, reports of vulvar metastases exist from primary tumors arising in the breast, bladder, anus, appendix (and other parts of the gastrointestinal tract), kidney, lung, thyroid, and as a primary presentation of lymphoma.