IUD Issues: Zero in with ultrasound

Dr Shipp is a Vice President with Diagnostic Ultrasound Associates, PC, Brookline, Massachusetts, and a Sonologist and Associate Professor of Obstetrics, Gynecology and Reproductive Biology at Brigham & Women’s Hospital, Department of OB/GYN, Boston. 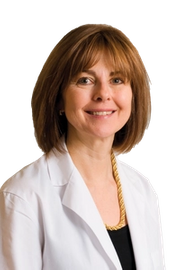 Dr Shipp is a Vice President with Diagnostic Ultrasound Associates, PC, Brookline, Massachusetts, and a Sonologist and Associate Professor of Obstetrics, Gynecology and Reproductive Biology at Brigham & Women’s Hospital, Department of OB/GYN, Boston.

Neither author has a conflict of interest to report in respect to the content of this article.

Use of long-acting reversible contraceptives (LARCs) among premenopausal women has increased 5-fold during the past decade.1 The intrauterine device (IUD) is the most popular LARC, used by 6.4% of women aged 15–44 to prevent pregnancy.1 IUDs have also been proposed as a treatment for menorrhagia.2,3

Figure 1A Transvaginal sagittal view of the uterus demonstrating the highly echogenic shaft of the ParaGard IUD.The 2 most commonly available types of IUDs in the United States are nonhormonal copper-containing devices (copper T-380A; ParaGard, Duramed Pharmaceuticals), and hormone-releasing systems Mirena and Skyla (Bayer HealthCare Pharmaceuticals Inc.). Both have a T-shaped polyethylene frame compounded with barium sulfate to make them radiopaque, enhancing their appearance by radiography but not by ultrasound.

Figure 1B Transvaginal transverse view of the uterus demonstrating the highly echogenic arms of the ParaGard IUD.The ParaGard has a thin copper wire wrapped around the shaft and along a section of each of the straight arms, making it brightly echogenic by ultrasound (Figure 1 A,B,C). The Mirena and Skyla have slightly bowed arms and a central silicone reservoir around the stem that releases levonorgestrel (Figure 2,3).

The ParaGard and Mirena measure 32 mm across the arms and have a shaft length of 36 mm and 32 mm, respectively. The Skyla is slightly smaller with a transverse arm dimension of 28 mm and a length of 30 mm. In addition the Skyla has a sonographically visible small silver ring on the stem at the base of the arms. Monofilament retrieval strings are attached to the most inferior portion of the stem and can occasionally be sonographically recognized, depending on their location and other imaging characteristics such as the presence of cervical mucous (Figure 4).

Figure 1C 3D coronal view of the uterus demonstrating the expected placement of the ParaGard IUD.IUDs are well tolerated by most women, with continuation rates of approximately 80%.2 Changes in menstrual bleeding may occur after placement of an IUD. Heavy bleeding and dysmenorrhea are more common with copper IUDs; amenorrhea is more common with progesterone-containing IUDs.3 Abnormal bleeding, pelvic pain, and inability to identify retrieval strings on physical exam may trigger a referral for imaging of the pelvis.4

Figure 2 3D coronal view of the uterus showing normal placement of the Mirena IUD. The arms of the IUD are slightly embedded in the myometrium. String is demonstrated by an arrow.

Sonography should be the first choice for imaging the female pelvis.5,6 It is readily available, much less expensive than other imaging methods, and does not place the patient at risk for radiation exposure. Multiple studies have demonstrated the utility of sonography in visualizing IUDs and characterizing their placement.4,7-11 Although most IUDs can be visualized with transabdominal ultrasonography, higher-frequency transvaginal ultrasound probes with resultant heightened resolution make transvaginal sonography optimal for evaluation of IUDs.

Figure 3 3D coronal view of the uterus showing normal placement of the Skyla IUD. The transverse diameter of the widest part of the endometrium is 30 mm.

If an IUD cannot be visualized by 3D pelvic sonography, a secondary imaging procedure such as abdominal/pelvic x-rays or computed tomography may be necessary.10,11

Abuhamad et al. have demonstrated the ease of attaining the coronal view of the uterus in a standardized fashion.12 To perform this so-called Z technique, follow these key steps:

• Obtain a midsagittal view of the uterus and magnify the image so that it includes the corpus and lower uterine segment. Obtain a 3D image and display it in a multiplanar view so that 3 orthogonal planes are on a single frame. Configure the display so that the A frame is the acquisition plane (sagittal view), the B frame is the transverse view and the C frame is the coronal view. A “reference dot” located at the same anatomic point in each plane is the rotational point around which the image is rotated (Figure 5A).

• Place the reference dot in the midpoint of the endometrial stripe in the sagittal plane of the uterus, which should be in the “A” frame.

• Using the Z rotation, manipulate the sagittal view of the endometrial echo so that it is horizontal (Figure 5A).

• Place the reference or marker “dot” in the midpoint of the endometrial stripe in the transverse plane of the uterus, frame B (Figure 5B).

• Using the Z rotation, manipulate the endometrial stripe so that the short axis of the transverse plane is horizontal.

• You should now see the mid-coronal plane of the uterus on the C frame (Figure 5B).

• Use the Z rotation to manipulate the image so that it is demonstrated in the conventional orientation.

• You can then display the image as a single plane for optimal evaluation.

The coronal plane can also be demonstrated with a rendering technique using the same principles. In that case, adjustment of the position of the endometrial echo in boxes A and B is identical; however, the render mode is used and the line of interest is placed over the endometrium (Figure 6).

Given biologic variability, minor manipulation may be necessary to rotate all planes to obtain a coronal view of the uterus and check the position of the IUD. The same standard orientation is recommended for both anteverted and retroverted uteruses. Therefore the initial manipulation of the volume of a retroverted uterus should be approximately 180° so that the anterior wall of the uterus is at the top of the image, making it appear to be anteverted (Figure 7 A and B).

With this simple technique the coronal plane of the uterus can be obtained in almost all women after acquiring the volume during transvaginal sonography. If the IUD is in the expected location within the uterus, it should be easy to identify in the coronal plane. If the IUD is not in its expected location, further manipulation may be necessary to characterize its position and to ascertain its location. On occasion, an IUD is not in its expected location, and the “T-shaped” view of the device is not in the same plane as the coronal view of the endometrium and, therefore, they cannot be displayed in one image. In some cases, visualization of the acoustic shadow of the IUD may help in determining its location13 (Figure 8).

Expulsion: passage of the IUD either partially or completely through the external cervical os. The IUD is not seen on pelvic sonography.

Displacement: rotation or inferior positioning of the IUD in the lower uterine segment or cervix (Figure 8).

Embedment: penetration of the IUD into the myometrium without extension through the serosa.

Perforation: partial or complete penetration of the IUD through the serosa (Figure 9).

Fragmentation: retention of a broken piece of the IUD after expulsion or removal. Fragmentation of a retained IUD has been occasionally seen in vivo as well.14

Displacement of an IUD from its expected location at the fundus of the uterus will almost always lead to some part of the IUD being embedded within the myometrium. Complete perforation may be difficult to identify by ultrasound because the surrounding bowel can hamper or prevent visualization. In these cases, other imaging modalities may be necessary.10,11

When a patient has an IUD and is referred for abnormal bleeding and pain, it is important to determine if the IUD position could be associated with the symptoms. Benacerraf et al. demonstrated that 75% of patients with an IUD referred with either pain or bleeding had a malpositioned IUD as compared to 35% of those without those symptoms.4 Braaten et al. demonstrated that malpositioned devices were present on 10.4% of scans among women having pelvic sonography for any indication and were usually in the lower uterine segment. In that study, approximately two-thirds of malpositioned IUDs were removed, resulting in a higher rate of pregnancy (due to non-initiation of another effective contraceptive method) as compared to those with normally positioned IUDs.15 In addition, malpositioned copper devices have decreased contraceptive efficacy if not located in the uterine fundus.16

Shipp et al. demonstrated that the endometrial cavity was narrower in patients with embedded or malpositioned IUDs as compared to those with normally positioned IUDs.7 Liang et al. demonstrated that women with larger transverse diameters of the coronal view of the uterus have a higher risk of IUD expulsion.17 Patients who are clinically suspected of having a small or large uterus may benefit from a pre-IUD insertion ultrasound to assess the maximal width of the endometrial cavity. This information may help determine the size of IUD that should be inserted or even whether an IUD is a reasonable option (Figure 10). Ultrasound may also be helpful for evaluation of IUD placement in women with uterine anomalies.

Further research is needed before an evidence-based recommendations can be made about IUD use in women with uterine anomalies.

IUDs have increasingly been inserted immediately postpartum, including following cesarean delivery. The advantage is a higher proportion of continued IUD use at 6 months postpartum when compared to interval IUD placement; however, approximately one-quarter are expelled or removed for malposition by 6 weeks postpartum.18,19

IUDs can typically be inserted and removed in straightforward office procedures. At times, however, ultrasound can be uniquely advantageous in assisting both insertion and removal of the devices. If a patient’s uterus is severely anteverted or retroverted, direct sonographic visualization can offer some reassurance to a clinician that the IUD is being appropriately placed within the uterus (Video). Similar difficulties may be encountered when an IUD is removed. At times the string may not be visible if it has retracted into the uterus or the IUD is partially embedded. In those cases, removal under direct ultrasound guidance may offer great benefit, avoiding the need to do the procedure in the operating room20 (Video).

7. Shipp TD, Bromley B, Benacerraf BR. The width of the uterine cavity is narrower in patients with an embedded intrauterine device (IUD) compared to a normally positioned IUD. J Ultrasound Med. 2010;29:1453–1456.

12. Abuhamad AZ, Singleton S, Zhao Y, Bocca S. The Z Technique: An easy approach to the display of the midcoronal plane of the uterus in volume sonography. J Ultrasound Med. 2016;25:607–612.