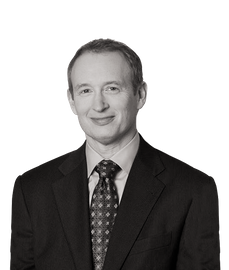 Looking at a lawsuit involving preterm delivery and insufficient care.

FOUR AND ONE HALF MONTHS LATER

The resident who performed the vaginal examination noted that the external os was closed with no dilation and that the patient was 50% effaced. An external fetal heart monitor was placed and the fetal heart tracing recorded a baseline heart rate of 130 to 140 bpm with positive accelerations. A sonogram demonstrated an amniotic fluid index of 9.32 cm. No rupture of membranes was found.

Vaginal cultures, fetal fibronectin (fFN), urinalysis, and urine culture were ordered. The vaginal culture was positive for group B Streptococcus (GBS) and the fFN also was positive. The labor and delivery triage chart states that the attending physician was notified; however, neither the patient nor Dr. A were apprised of these test results.

The patient was discharged with instructions to keep her doctor's appointment the following day and to contact her physician if she experienced ruptured membranes, bleeding, or 4 or more contractions per hour.

Early in the morning on January 13, the patient presented to the emergency department at hospital B with tachycardia, but was afebrile. She claimed to have had spotting since the previous evening and had contractions every 4 to 5 minutes. She also reported questionable leaking of fluid from her vagina since January 11. She told the triage nurse that she had taken miconazole and that she "didn't feel the baby move today."

At 10:05 pm, Dr. B, the attending obstetrician, performed a pelvic exam on the patient and documented a closed os, 1-cm cervical dilation, 50% effacement, and vertex at –2 station with regular contractions. He diagnosed preterm labor and planned to administer intravenous (IV) hydration, tocolysis, steroids, and antibiotics, with transfer to another hospital. At 10:40 pm, he wrote another note, documenting that he had spoken with maternal-fetal physician Dr. C at hospital C. Dr. C concurred with the management plan and agreed to accept the patient based on the extent of dilation and the gestational age.

At this point, the course of events becomes confusing. According to the nurse's progress notes, she started a peripheral IV line in the patient's arm at 10:30 pm, drew blood for a basic panel, and sent a urine sample for urinalysis. However, in the physician's order sheet next to a request for a basic panel, the nurse wrote: "Patient transferred out. Not done." Physician's (Dr. B's) orders written at 10:05 pm also included instructions to administer a loading dose of magnesium sulfate followed by a continuous dose, plus betamethasone. The nurse's notes confirm that beta-methasone was given at 10:45 pm and that the magnesium sulfate was administered at 11:05 pm.

At 11:00 pm, Dr. B wrote an order for ampicillin, which was not given. In an addendum note at 11:50 pm, the nurse documented that the patient was transferred to hospital C with IV fluids and magnesium sulfate infusing. The patient was transferred at 11:45 pm, accompanied by her husband and the transport team. The ambulance call report indicates that the patient complained of increasing pain. The infant was delivered in the ambulance prior to departure. According to the report, the infant demonstrated positive breathing and movement; she was suctioned and kept warm. One minute after delivery, at 11:50 or 11:55 pm, the ambulance arrived at hospital C.

At hospital C, which was not a party in the lawsuit, an emergency room physician noted:

"Newborn female baby, 24 weeks premature. Born in transit from labor and delivery on way to hospital while passing through the emergency room. Baby was normal spontaneous vaginal delivery. Both feet and hands cyanotic. Supplemental oxygen given. Mouth and nose were suctioned with bulb suction. Child had no cry, moving arms slowly. Neonatologist called. Patient intubated and IV access obtained. Child was resuscitated and after intubation and oxygenation, child moving all extremities. Saturation only 60% to 70% on 100% oxygen by Ambu bag. Mother states that she thought she ruptured her membranes 2 days ago. Was seen at [hospital A] and she was told the membranes were intact."

The physician examined the infant and found no palpable pulse, agonal respiration, and that the baby was limp with "profound cyanosis."

According to the emergency room physician, the cardiac monitor showed a heart rate of 60 bpm or below. The neonatologist intubated the infant at 12:05 am and over a period of 45 minutes, he administered 5 doses of epinephrine via the ET tube and 4 doses of sodium bicarbonate IV. The heart rate improved to 100 bpm at some point after 12:47 am when the fourth dose of sodium bicarbonate was given. At 12:25 am, venous blood gases indicated severe respiratory acidosis with a 6.93 pH, 136 pCO2, 27 pO2 and a bicarbonate level of 12. The neonatologist didn't recall if they had difficulty ventilating the patient. However, the admitting physician's note states that after a chest x-ray was taken, the ET tube at the carina was pulled back 0.5 cm.

When the NICU transport team arrived at 1:10 am, the infant was being bagged with an ET and was cool to the touch. Their examination reports a heart rate of 80 bpm and blood pressure of 42/24 mmHg; the infant's color was described as pale/dusky. She was reintubated and a second peripheral IV line was started for Survanta with a normal saline bolus and O-negative blood for anemia. The infant was placed on a ventilator. The first post-ventilated blood gas showed a pH of 7.2, pCO2 of 42, pO2 of 53, and a base deficit of –12. An additional dose of sodium bicarbonate was given for metabolic acidosis.

The last study, on April 5, showed bilateral ventricular dilatation with a porencephalic cyst on the left. The neurodevelopmental exam noted mild jitteriness, increased upper extremity tone, brisk deep tendon reflexes, and axial hypotonia. The infant had episodes of feeding intolerance, although on discharge she tolerated full feedings with good weight gain. She also received laser surgery for retinopathy of prematurity, but has decreased vision in 1 eye.

The child has significant delays in attention, social, and motor skills that interfere with participation in age-appropriate activities. She is able to throw a ball and can hold a pencil in a tripod grasp and copy a circle. Her catching and kicking skills are emerging. It is noted that she needs to improve fine and gross motor skills and improve her balance. She has brain damage (motor, cognitive, and behavioral) associated with early gestational age.

Her parents sued to recover damages for pain, suffering, and economic damages for loss of future earnings and future medical and custodial care.

According to the defense's obstetrics expert, a patient with preterm labor should be immediately evaluated, admitted, and treated. The use of magnesium sulfate and betamethasone were appropriate; however, antibiotics also should have been started. Further, by the time the transport team was ready to transfer the plaintiff, she had been at defendant hospital for 90 minutes and, although she had been given magnesium sulfate, she was actively contracting and in pain. Allowing the transfer without re-examination constituted a deviation from standard of care.

The neonatology expert opined that all of the adverse outcomes in this case were due to the infant's age at 24 to 25 weeks' gestation. However, there were opportunities for intervention, most notably when the plaintiff presented to hospital A on January 11. At that point, she should have been admitted for observation and administration of prenatal steroids. In addition, although a positive fFN test is not indicative of imminent delivery, given the woman's pain and reports of fluid leakage, further observation was warranted. Because the delivery occurred 2 days later, administration of steroids could have significantly reduced the chances of severe respiratory distress and neurological insult to the fetus.