The OB’s role in HIV management in pregnancy 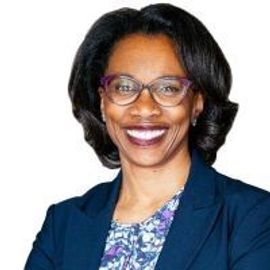 Mother-to-child transmission of HIV in the United States can be eliminated with the help of obstetricians.

There are several barriers to elimination of mother-to-child transmission such as lack of access to healthcare, family planning, HIV testing and preconception counseling.7 Significant racial and ethnic disparities are apparent. Infants born to African-American women with HIV are 50 times more likely than infants born to white women and 8 times more likely than Hispanic infants to be perinatally infected with HIV. These trends in the United States have not changed over the past decade.8

The complex cascade of interventions required to further reduce mother-to-child transmission relies heavily on the ob/gyn. The “Recommendations for Use of Antiretroviral Drugs in Pregnant Women with HIV Infection and Interventions to Reduce Perinatal HIV Transmission in the United States” (HIV Perinatal Guidelines) are updated regularly as new data emerge and provide the most comprehensive recommendations for care of women and babies.9 The goal of this article is to summarize the recommendations for care of pregnant women with HIV, highlighting recent changes in the guidance, which could bring us closer to our goal to eliminate mother-to-child transmission of HIV in the United States.

Many men and women with HIV desire children, but data suggest their providers fail to discuss family planning goals.10,11 A study of 181 women with HIV found that only 31% reported a personalized discussion with their provider about childbearing plans, and those conversations were typically initiated by the patient rather than the provider.12 Discussion about pregnancy desires should occur during routine appointments, including primary care, well-woman exams, and infectious disease visits. Based on these discussions, women can receive counseling either regarding safe methods of conception or appropriate contraceptive options.

A World Health Organization expert group reviewed evidence regarding drug-drug interactions and hormonal contraception and recommended that women with HIV can continue to use all existing methods without restriction.9 However, some forms of ART can interact with hormonal contraceptives, decreasing the efficacy of the contraceptives. This should be discussed and options reviewed with patients. Table 3 in the HIV Perinatal Guidelines lists these drug interactions based on the specific ART.9

Below are key components to reduce transmission in HIV-discordant couples (i.e., one partner is HIV-positive and the other
HIV-negative) that desire pregnancy:

For HIV-positive women in a discordant couple, options include:

For HIV-positive men, options include:

Although PrEP can decrease HIV acquisition, is approved by the US Food and Drug Administration and has been recommended by the Centers for Disease Control and Prevention (CDC) for these high-risk individuals since 2012, it is under-utilized, particularly in women.13 PrEP is once-daily tenofovir/emtricitabine (Truvada). Importantly, breastfeeding and pregnancy are not contraindications to PrEP. In fact, studies have shown low if not undetectable levels of the medication in breast milk.13

Recommended evaluation and follow-up for those on PrEP include:

There have been two main changes to the CDC’s recommended algorithm for HIV testing (Figure 1). The first-line testing is a fourth-generation HIV test, which includes HIV IgM and IgG, as well as, the p24 antigen. The fourth-generation HIV test increases recognition of acute HIV by several days to weeks before the previous first- to third-generation tests. The second significant change is elimination of the western blot as the “confirmatory test.” The latter is replaced by an HIV differentiation immunoassay which decreases the time to final result from days to hours. In addition, the immuno-assay allows recognition of HIV-2 which accounts for disease mainly seen in West Africa and parts of India.

Any pregnant woman who has HIV should be tested for the following in addition to routine prenatal laboratory studies:

The mainstay of therapy for HIV-positive pregnant women is combination ART to control disease progression for the mother and to prevent maternal fetal transmission of HIV. Several care models exist for pregnant women with HIV, including models where patients are treated by obstetric providers experienced in managing HIV in pregnancy or models where collaboration between obstetric and infectious disease providers exist. The recommendations specific to pregnancy are updated frequently. Therefore, it is advised that anyone initiating ART be experienced in caring for pregnant women with HIV.

When determining the ideal combination of ARV drugs, one should consider the following:

Women who are on ART prior to pregnancy and have an undetectable viral load should continue their regimens. The Antiretroviral Pregnancy Registry, a prospective collection of cases of ARV drug exposure, demonstrates that prevalence of birth defects amongst all ARV first-trimester exposures is 2.9/100 live births (221/7738 exposures; 95% CI, 2.5-3.3) and following second- or third-trimester exposure is at 2.8/100 live births.17 Therefore, risk of birth defects associated with ART is no greater than the background rate of birth defects and discontinuation may allow an increase in viral load, which is more detrimental to the fetus.

Certain ARV medications have raised concern. For example, there were reports of neural tube defects (NTDs) observed in non-human primates exposed to efavirenz in utero. However, a large meta-analysis that included 26 studies of 2,026 first-trimester human pregnancies showed no increased risk of NTDs following first-trimester exposures (RR 0.78; 95% CI 0.56-1.08).18 Given these data and reassuring data from a French Perinatal cohort of more than 5000 babies, the most recent HIV Perinatal Guidelines recommend continuing efavirenz-containing regimens during the first trimester if the woman is virally suppressed.19

In addition to teratogenicity, there are a number of studies which suggest an increased risk of PTB for babies exposed to ART, as outlined in Table 5 of the HIV Perinatal Guidelines.9 However, the mechanism of action remains unknown and many studies do not control for presence of well-known PTB risk factors. A few studies suggest that some ART regimens are associated with LBW, small for gestational age and stillbirth.9 Despite these concerns, the preponderance of evidence suggests that these risks are low and that the benefits of ART to both mother and baby warrant their use.9

In pregnant women with a new HIV diagnosis, combination therapy is a must. Consultation with an infectious disease specialist is helpful given the number of new ARV medications and the complexities of some regimens. The HIV Perinatal Guidelines evaluate and recommend ARV regimens as “preferred” or “alternative” as new efficacy and safety data emerges.9 The current preferred regimen is: a dual-nucleoside reverse transcriptase inhibitor combination (abacavir/lamivudine or tenofovir disoproxil fumarate (TDF)/emtricitabine or lamivudine) and either a ritonavir-boosted protease inhibitor (atazanavir/ritonavir or darunavir/ritonavir) or an integrase inhibitor (raltegravir). ART should be initiated as early in pregnancy as possible without waiting for the first trimester to be completed and regardless of HIV viral load or CD4 count or while waiting for resistance data.

Once ART has been initiated, HIV viral load should be monitored:

For women who are coinfected with hepatitis B and HIV, an ART regimen that includes TDF and lamivudine or emtricitabine is preferable to decrease hepatitis B viremia.9 Women coinfected with hepatitis C also require liver function monitoring as the potential for severe hepatotoxicity related to ART and/or worsening liver function when immune reconstitution occurs at the initiation of ART.

Obstetric procedures such as chorionic villous sampling and amniocentesis may be performed if needed and ideally when the viral load is undetectable.20 Screening for gestational diabetes may be done at 24 to 28 weeks’ gestation although some experts advocate earlier screening given the association of protease inhibitors with glucose intolerance. Routine vaccinations recommended in pregnancy, including influenza and Tdap, should be given to HIV-positive women. If women are hepatitis A- or B-negative, hepatitis vaccination should be given during pregnancy.

Mode of delivery is dictated by the last viral load prior to delivery, which is often at 34 to 36 weeks’ gestation.

ART should be continued during labor and delivery. IV AZT is no longer required for women with viral loads < 1000 copies/mL as there are no studies showing additional benefit.9 However, there are some providers who advocate use of IV AZT for viral loads between 50 and 999 copies/mL given evidence for slightly higher mother-to-child transmission rate.8 Avoidance of scalp electrodes, operative vaginal delivery, and episiotomy is ideal. An analysis of 2116 term pregnancies showed that for women with viral load < 50 copies/mL, there was no difference in mother-to-child transmission rates between those with rupture of membranes < 4 hours (0.12%) versus ≥ 4 hours (0.14%) prior to delivery, suggesting that amniotomy may be done if indicated.2,3

Women should be reminded to not breast feed nor pre-masticate food for babies. Providers should discuss with parents that infants will undergo virologic testing for newborns at several time points (14-21 days, 1-2 months, 4-6 months). Neonatal prophylaxis should be given as soon as possible postpartum for 4 weeks if the mother has an undetectable viral load and for 6 weeks with combination ART if the mother has a detectable viral load or is not taking ART antenatally.

Current recommendations encourage continuing the ART regimen regardless of maternal CD4 count, since recent studies indicate improved survival with ARV regardless of CD4 counts.8,13,23 It may be prudent to simplify the regimen to improve adherence. This should be done in collaboration with an infectious disease specialist or the primary care provider to ensure ongoing coordination of care. Postpartum follow-up is an opportunity to provide depression screening and treatment, social service support, contraception and interval pregnancy planning.

In summary, the goal remains elimination of mother-to-child transmission of HIV. Ob/gyns should follow the latest recommendations for care of the HIV-positive pregnant woman in the United States, which can be found on AIDSInfo.NIH.gov and collaborate with providers with HIV expertise.

8. Recommendations for the Use of Antiretroviral Drugs in Pregnant Women with HIV Infection and Interventions to Reduce Perinatal HIV Transmission in the United States (Perinatal Guidelines) Available at https://aidsinfo.nih.gov/guidelines/html/3/perinatal/508/maternal-hiv-testing-and-identification-of-perinatal-hiv-exposure. Accessed 11.27.2017

23. Guidelines for the Use of Antiretroviral Agents in Adults and Adolescents Living with HIV. Available at http://www.aidsinfo.nih.gov/ accessed 11.27.17