Researchers at University Hospital CASE Medical Center (UHCMC) in Cleveland, Ohio have embarked on new clinical studies that explore early detection of endometrial and cervical cancers in women. Results of these breakthrough studies could save countless lives and extend the average life expectancy in women.

Researchers at University Hospital CASE Medical Center (UHCMC) in Cleveland, Ohio have embarked on new clinical studies that explore early detection of endometrial and cervical cancers in women. Results of these breakthrough studies could save countless lives and extend the average life expectancy in women.

“This is a very promising and exciting time in the fight against gynecologic cancers,” says Dr. George Gorodeski, gynecologist at UHCMC and Professor of Reproductive Biology, Oncology and Physiology and Biophysics at Case (CASE) Western Reserve University in Cleveland. Dr. Gorodeski and UHCMC have recently begun collaboration with CytoCore Inc. to further develop and test the novel biotechnology. Dr. Gorodeski, who also serves as Director of CytoCore’s Medical Advisory Board leads a team of five researchers as they conduct bench research using novel bioinstrumentation to capture endometrial and cervical cells, and novel proteomics-genomics – based methods for screening and diagnosis of endometrial and cervical cancers. The principal investigator for the clinical trials is Dr. Jay Pinkerton, and in addition to UHCMC another eight sites are expected to be involved as well.

Dr. Gorodeski’s recent discovery of molecular biomarkers that can differentiate between normal and cancer cells of epithelial tissues that line the cervix and the uterus have been published in two prestigious scientific-medical journals, the Journal of the Biological Chemistry (JBC), and Cancer Epidemiology Biomarkers and Prevention (CEBP). More recently the research team has discovered that the novel biomarkers can also differentiate with great accuracy pre-malignant tissues from normal tissues. Those data, which are in the process of preparing for publication, suggest that the novel biomarkers can detect cells with the potential of becoming cancer cells.

“Using specimens obtained from more than 150 women we have obtained outstanding accuracy rates for detection of uterine epithelial cancers”, says Dr. Gorodeski. “The discovery followed a systematic effort to understand how what leads to the development of cancer. In other words, these data were not an esoteric finding; they came out of studies that were intended to understand how cancers happen.”

Dr. Gorodeski stated that “we employ a global approach to the fight against uterine and cervical cancers, and our efforts are not confined to screening-diagnosis only. In this effort we combine novel biotechnology to collect cell samples from the uterine cervix and uterine cavity, with the new screening-diagnostic biomarkers. Our recent discoveries could also help us understand the mechanisms that lead to cancer development, and therefore to the development of new therapeutic modalities for the cancers. This approach will be more sophisticated than the current treatment modalities since, because our future efforts will employ novel methods to deliver treatment drugs to the target tissue”.

Dr. Gorodeski further commented that “very recent preliminary data from our lab suggest that the novel biomarkers are equally effective in differentiating cancer from normal epithelial cells of the urinary bladder. We therefore continue to study whether the biomarkers could be also effective in other types of epithelial cancers.”

The biomarkers discovery will be combined with other biotechnology that is being developed by CytoCore in collaboration with Dr. Gorodeski and the UHCMC. Those include the Endometrial Cancer Screening test, and the InPath™ System.

“In the case of cancer of the endometrium, we are currently still in the same situation as we were forty years ago,” says Dr. Gorodeski. About 35-50 percent of women between the ages of 35 and 70 present with one or more risk factors for endometrial cancer, such as diabetes, obesity, hypertension, abnormal uterine bleeding, family history of cancer or uterine polyps etc. The EndoScanTM may provide a simple, cost-effective method for early detection of pre-cancerous or early non-invasive cancerous conditions.”

The InPath™ System is composed of a family of three related products that can be used separately or as a unified healthcare application system solution. The main objective for developing the system is to improve the accuracy of the Pap test, which currently stands at only 50-70%. The components of the InPath™ System include the e2 Collector™, the Cocktail-CVX™ and GCITM biochemical assays, and the Automated Imaging Proteomic System (AIPS) platform.

The e2 Collector™ was developed to improve the collection of cervical cells. The instrument is designed to obtain in a single application a representative sample of cells from the outer and inner surfaces of the cervix. In a preliminary feasibility clinical trial the e2 Collector™ performed better than the spatula / cytobrush in terms of accuracy and patient satisfaction. “We are putting the e2 Collector into motion in a large, prospective clinical trial,” says Dr. Gorodeski. “Since a major factor of the inaccuracy in the current Pap testing method is the result of suboptimal collection of cells, we may expect a significant improvement using the e2 Collector and a greater accuracy in the detection of cervical dysplasia and cancers”.

The CVX™ and GCI proteomic-based assays are used to identify abnormal cells in the cytology sample. The design of the CVX/CGI – AIPS system has been implemented to overcome some of the deficiencies of current Pap testing, in particular human errors of detecting abnormal cells. The system will provide an accurate, automated, high throughput and cost-effective system for the detection of abnormal cervical cells. CVX/CGI – positively marked cells will be detected and read automatically, thereby eliminating human error. An added advantage of the CVX/CGI – AIPS system is its potential use for evaluation of histological specimens. Dr. Gorodeski commented, that “the CVX/CGI – AIPS system will allow for widespread usage, even in the most remote populations”.

Dr. Gorodeski and his team have presented their research data to the scientific community, and the data are sparking the interest of distinguished groups and individuals in the field around the globe. “This is a very promising and exciting time,” he says. “We are only at the beginning - in the early stages of data validation - but the data so far have been supportive of the initial discovery. Saving lives is our goal, and it is known that the most effective means of fighting cancer is early detection, when treatment is most likely to be successful. Our data suggest that the novel biomarkers can detect and perhaps predict the development of endometrial and cervical cancers.” By providing cost-effective and widely available solutions for screening and early detection tools that works faster and more accurately, the research team is confident that cancer and cancer-related diseases of the uterus and cervix will be detected and treated at the earliest possible stage. 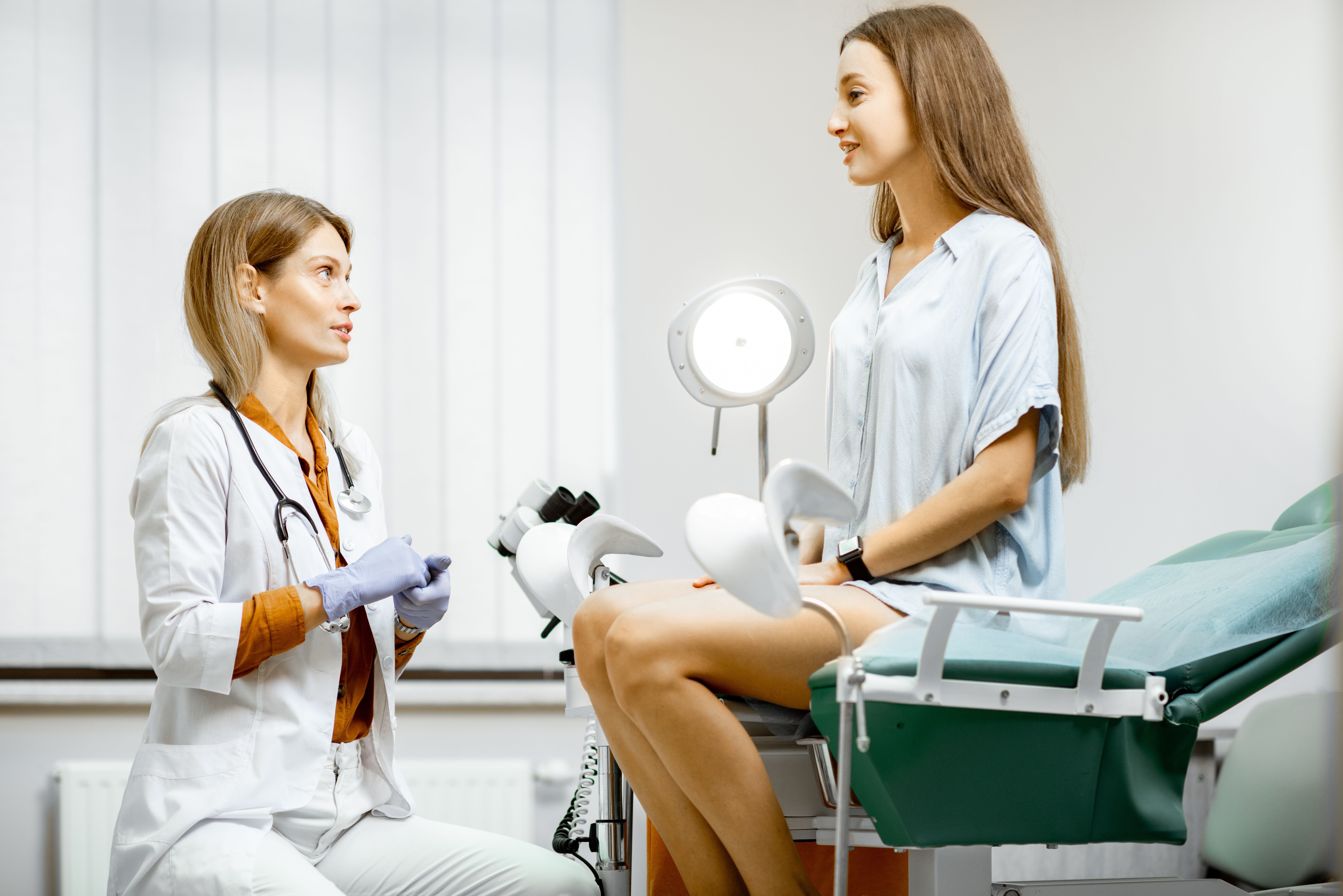