A new study led by Sejal Ajmera Desai, MD, MBBS, a consultant ob/gyn at the Indian Academy of Vaginal Aesthetics in Mumbai, India, found that women who received transcutaneous temperature-controlled radiofrequency treatment (TTCRF) saw substantial improvement in stress urinary incontinence (SUI), sexual dysfunction (SD), and female genital appearance. The most significant takeaway from this study for providers, according to study supervisor George Kroumpouzos, MD, PhD, FAAD, is that TTCRF is safe and effective.

Sejal Ajmera Desai, MD, MBBS, a consultant ob/gyn at the Indian Academy of Vaginal Aesthetics in Mumbai, India, and colleagues examined TTCRF’s use in 78 patients, 41 of whom had SD and 37 of whom had SUI. TTCRF involves the use of safe RF and additional controls that monitor tissue temperature with thermistors and thermocouples, the authors explained. The procedure is effective at improving lax skin.

“Energy-based devices such as TTCRF enhance vulvovaginal rejuvenation by inducing thermal-dependent matrix remodeling, which involves neocollagenesis and neoelastogenesis. They have been shown to increase type 1 collagen production in the extracellular matrix via stimulation of fibroblasts,” the authors said.1 They reported that neovascularization is increased, which improves lubrication. TTCRF also “increases glycogen content and small nerve fiber density in the papillary dermis,” and it restores vaginal milieu and flora, which improves mucosal hydration.1

According to the authors, most patients had 3 or fewer TTCRF treatment sessions. Photographs prior to and 6 weeks after the procedure were used to track results in a blinded method. Before the procedure, patients with SD were given the Female Sexual Function Index (FSFI) questionnaire, and patients with SUI were given the International Consultation on Incontinence Questionnaire-Short Form (ICIQ-UI-SF). A paired t test was used to compare pre- and post-procedure results. 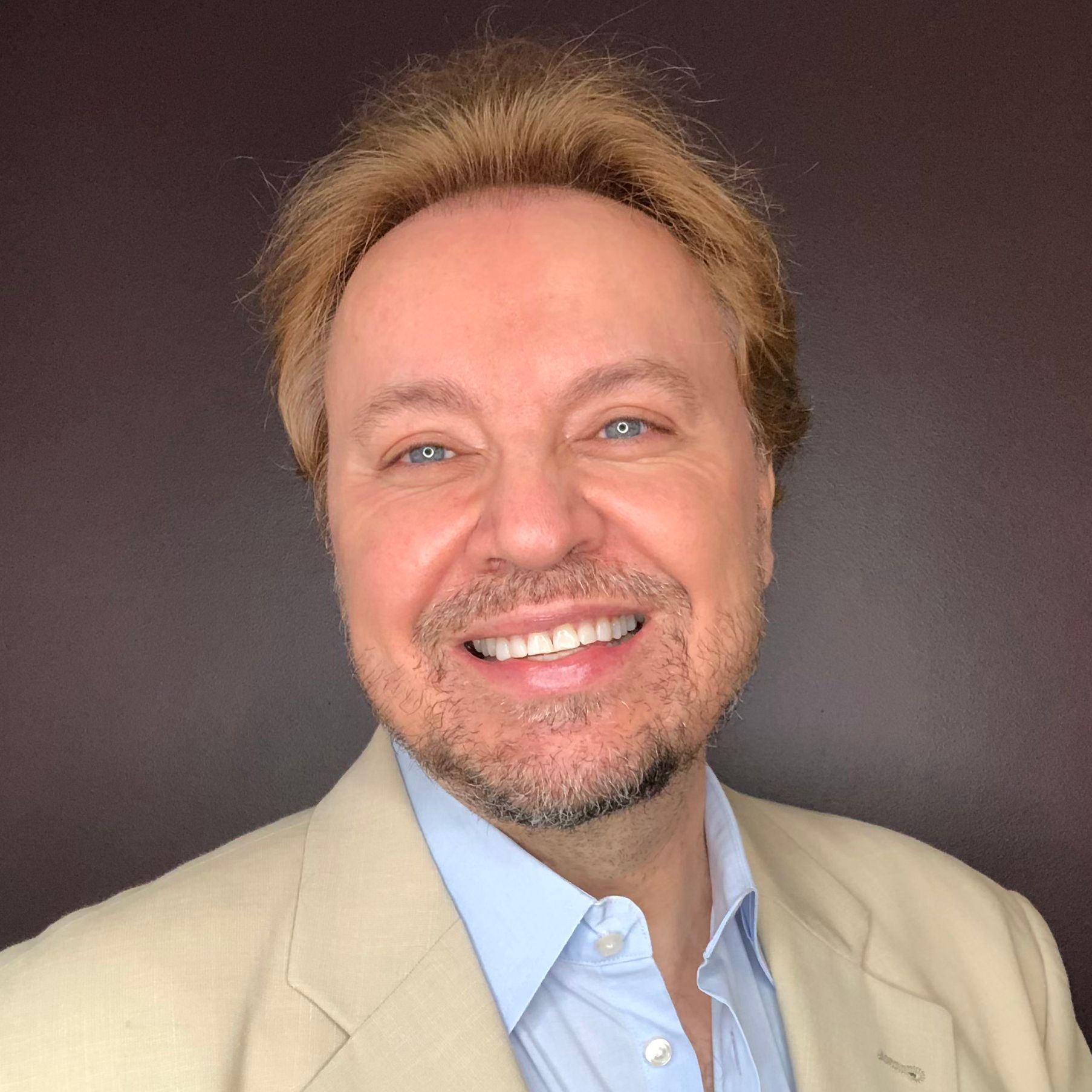 In addition, the investigators reported improvements in wrinkles, quality of skin, and tumescence of labia majora in all the patients. Study supervisor George Kroumpouzos, MD, PhD, FAAD, medical director at GK Dermatology and a clinical associate professor at Brown University in Providence, Rhode Island, said that the most significant takeaway from this study for providers is that TTCRF is safe and effective. “TTCRF has not only aesthetic but also functional benefits as evidenced by improvements in sexual function and SUI,” he said. This study is “the first that showed substantial efficacy of TTCRF with validated instruments, including the FSFI questionnaire and the ICIQ-UI-SF.”

Kroumpouzos said larger, controlled studies that require more effective patient recruitment are needed: “Several publications have indicated that a substantial percentage of patients do not seek treatment of vaginal laxity and sexual dysfunction and fail to discuss such problems with their gynecologist. Barriers of communication on issues regarding SD and SUI have not been broken.”

The impact of the number of TTCRF sessions on efficacy should be studied, he said, to help evaluate the cost-effectiveness of the procedure and compare it with the cost of other noninvasive modalities such as lasers. “Almost all participants [95%] were satisfied with the results in our TTCRF study.

However, further studies are needed to compare TTCRF with other noninvasive modalities for feminine rejuvenation such as fractional carbon dioxide laser, photobiomodulation, carboxytherapy [topical carbon dioxide gel], platelet-rich plasma, and fillers. This will determine the comparative efficacy, cost-effectiveness, and long-term safety of such procedures. Such studies can help determine how TTCRF can be combined with other noninvasive treatments for additional benefit,” he said. 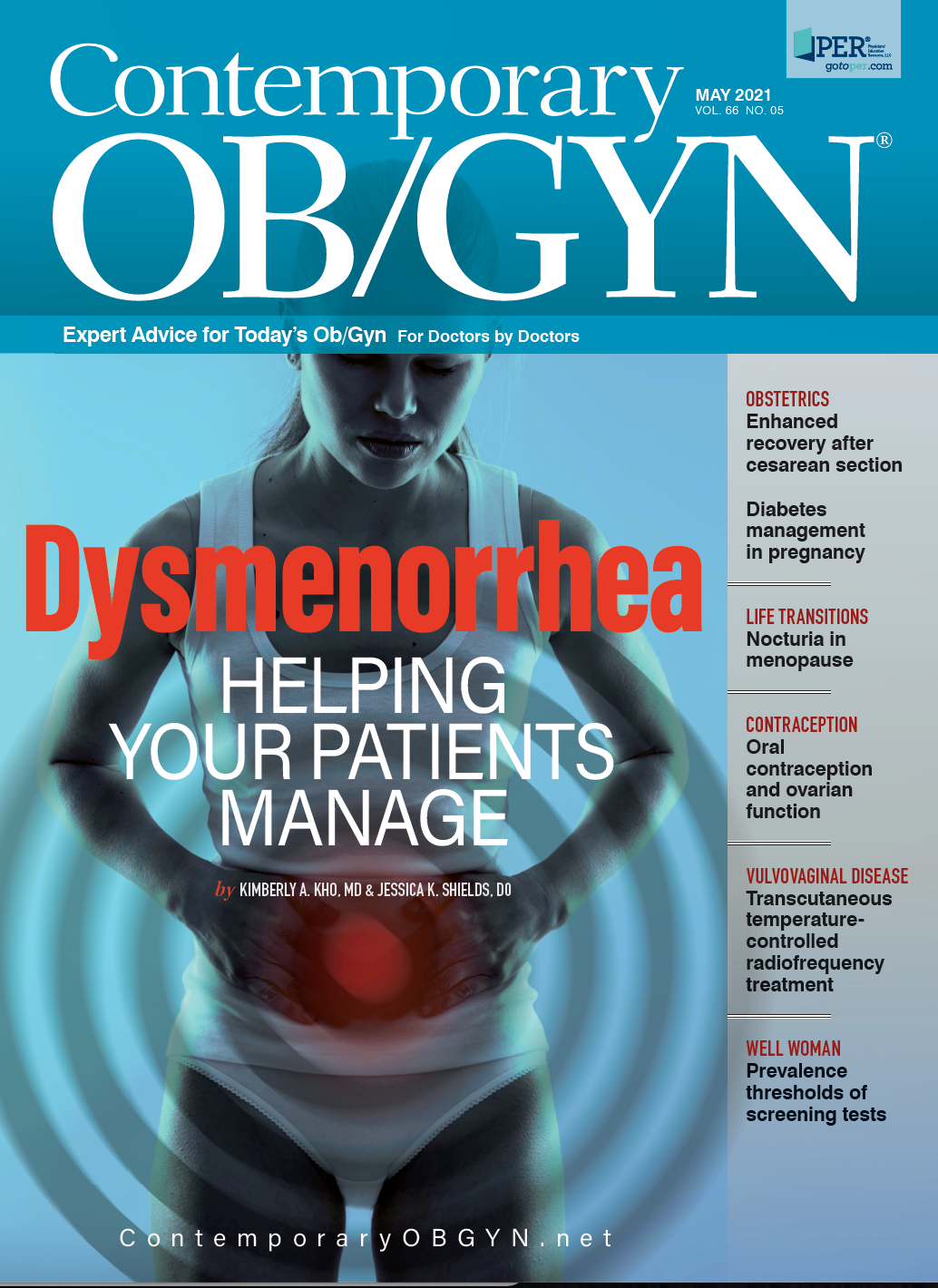 Methotrexate in an Intrauterine Pregnancy – An Interesting Twist
TTCRF Greatly Improves SUI, Sexual Dysfunction, and Genital Appearance
NASPAG 2021: Hillard’s Highlights
Diagnosis and Management of Primary Dysmenorrhea
Enhanced Recovery After Cesarean Section
Diagnosis and Management of Gestational Diabetes
Keeping Politicians Out of the Exam Room
Behind the Scenes
Vol 66 No 05: The May Issue
What can you do to reduce maternal severe morbidity and mortality?
Prevalence thresholds of screening tests
Hormone therapy for postmenopausal women with nocturia
Pregnancy Hypertensive Disorders Increase Risk of Premature Death
Related Videos
Related Content

A research study examined the role of a medicated feminine wash as an adjunct treatment for candidiasis.