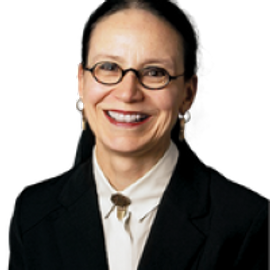 Professor, Department of Obstetrics and Gynecology

Contemporary OB/GYN® Editorial Board Member Paula J. Adams Hillard, MD, reports on the Annual Clinical & Research Meeting (ACRM) of the North American Society for Pediatric and Adolescent Gynecology (NASPAG), which was held virtually on March 18 to 21. The meeting drew gynecologists who specialize in pediatric and adolescent gynecology (PAG) and pediatricians who practice adolescent medicine, nursing and advanced practice nursing professionals, and various other clinicians who take care of girls and adolescents with gynecologic problems.

Via Zoom, participants viewed plenary sessions that profiled some of the most topical issues in treating this patient population. The topics included a focus on telehealth in PAG with Veronica E. Issac, MD; the latest research in our surgical field from Peter C. Minneci, MD; and an update on COVID-19 with Denise J. Jamieson, MD, MPH. Tanya L. Kowalczyk Mullins, MD, MS, presented on pre-exposure prophylaxis (PrEP) for the prevention of HIV among adolescents and young adults.

Ob/gyns who are interested in learning more about the gynecologic care of girls and adolescents may wish to save the date for next year’s NASPAG ACRM—April 7 to 9, 2022, in Chicago. I anticipate that it will be another wonderful opportunity to take a deeper dive into the topic of PAG.

Ted L. Anderson, MD, PHD, provided an overview of adnexal masses in the PAG population; Jennifer E. Dietrich, MD, MSc, reviewed Müllerian anomalies and their management nationally and internationally; and Sophie Soares and Lisa Polen of the Population Council presented on “Intentional Design: Employing a Global Evidence Base to Promote the Space, Access, and Agency of Adolescent Girls and Young Women.”

Open discussions with our LGBTQ patients remain more vital than ever, especially as overreaching state governments are passing laws that affect how practitioners can care for these patients. One of the most notable workshops was titled “LGBT Health: The Need for Sexual and Mental Health Screening.” M. Brett Cooper, MD, and May Lau, MD, talked about the risks for sexually transmitted diseases, as sexual minority individuals who have sex with different and same-sex partners have higher odds of sexual risk-taking behaviors.

Both transgender males and females were noted to have risks related to engaging in condomless sex. According to the presenters, the Youth Risk Behavior Survey (YRBS) revealed we are not appropriately testing sexual and gender minority youths for HIV and other sexually transmitted infections (STIs). The American College of Obstetricians and Gynecologists, the US Preventive Services Task Force, and the Centers for Disease Control and Prevention all recommend gonorrhea and chlamydia testing annually for sexually active females and from adolescence through the mid-20s for those possessing a vagina.

The presenters discussed recommendations regarding HIV testing for youth at increased risk (unprotected sex, multiple partners), and noted that rapid (20-minute) oral swab testing is more adolescent- and youth-friendly than tests requiring blood samples. According to the presenters, the components of a supportive environment in caring for adolescents and youth include asking patients their preferred name and pronouns, making sure to spend time alone with the adolescent, providing assurances of confidentiality (within the legal confines of each state), avoiding heteronormative questions, normalizing behaviors, and asking patients to clarify if they used terms the clinician didn’t understand.

The presenters also emphasized that anxiety and depression screening is critical among transgender and gender nonconforming youth, as the 2019 YRBS found that more than two-thirds of LGBT students felt sad or hopeless most days, about 47% reported that they had considered attempting suicide, and 23% actually had attempted suicide.

Another valuable workshop addressed how to incorporate trauma-informed care (TIC) into a clinical setting, and was presented by Heather C. Millar, MD, with Sharon Lorber, LCSW, and Heather Farina, NP. Our understanding of childhood abuse and trauma comes from a seminal report of abuse, neglect, and household dysfunction that described adverse childhood experiences (ACEs). These have subsequently been found to be highly correlated with such conditions as depression, early sexual activity, IV drug use, smoking, and an increased risk of having an adolescent pregnancy. Within our field of gynecology, ACEs and childhood trauma are associated with an increased risk of chronic pelvic pain, dysmenorrhea, dyspareunia, STIs, pelvic inflammatory disease, and premenstrual syndrome or premenstrual dysphoric disorder.

Thus, we will all see patients with a history of trauma, emphasizing the need for TIC in our practices. TIC has been associated with increased adherence to medications, reduced substance use, improved physical health outcomes, and decreased burnout for staff. Trauma memories can be triggered by a number of components of our gynecologic practices, including vaginal exams and childbirth. But they can also be triggered by seemingly innocuous medical exams such as blood pressure evaluation and measurement of height and weight.

The workshop presenters’ recommendations for a TIC approach to clinical care included: acknowledging the trauma, giving the patient choice and control in their care, building a relationship with the patient, avoiding having the patient retell their story, and providing coping strategies (including a focus on grounding and distraction techniques, referral for mental health services, and exploring models of peer support).

Quick take-home messages from a sampling of oral abstracts included the following: