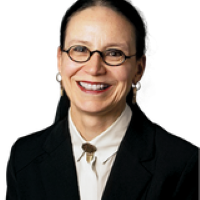 Professor, Department of Obstetrics and Gynecology

Commentary on ACOG Committee Opinion 777: Sexual Assault, which discusses the role of the ob/gyn in caring for sexual assault survivors and includes information on screening.

Abstract: Sexual violence continues to be a major public health problem affecting millions of adults and children in the United States. Medical consequences of sexual assault include sexually transmitted infections; mental health conditions, including posttraumatic stress disorder; and risk of unintended pregnancy in reproductive-aged survivors of sexual assault. Obstetrician-gynecologists and other women’s health care providers play a key role in the evaluation and management of sexual assault survivors and should screen routinely for a history of sexual assault. When sexual violence is identified, individuals should receive appropriate and timely care. A clinician who examines sexual assault survivors in the acute-care setting has a responsibility to comply with state and local statutory or policy requirements for the use of evidence-gathering kits. This document has been updated to include model screening protocols and questions, relevant guidelines from other medical associations, trauma-informed care, and additional guidance regarding acute evaluation of survivors and evidence-gathering kits.

Why and how to perform trauma-informed care

Violence against women, including intimate partner violence and sexual violence, has been characterized by the World Health Organization (WHO) as a major public health problem, and a violation of women’s human rights.1 The Committee on Health Care for Underserved Women of the American College of Obstetricians and Gynecologists (ACOG) recently updated the Committee Opinion on Sexual Assault.2 This document recognizes the frequency of sexual assault as a public health problem, exhorts ob/gyns and other women’s health care clinicians to screen all women for a history of sexual assault, addresses the issues that must be addressed in the acute evaluation of survivors, highlights the short- and long-term health consequences of sexual assault, and emphasizes the need to provide trauma-informed care when assessing the needs of sexual assault survivors.

Because sexual assault is so common (nearly one in five US women have been victims of a completed or attempted rape during their lifetime), all of us as ob/gyns will see women who have been sexually assaulted, even if this event occurred in the distant past.3 Thus it is imperative that we be familiar with the issues addressed in this Committee Opinion. The acute consequences of sexual assault include acute traumatic injuries that may be severe and life-threatening, as well as pregnancy and sexually transmitted infections.

In today’s world, myths about women’s reproductive health abound and are being perpetuated by misinformed politicians and others with a political agenda. It has been inaccurately claimed that “legitimate rapes” (whatever that hot-button term means) don’t result in pregnancies. The statistics from a longitudinal study on the prevalence and incidence of rape found the national rape-related pregnancy rate to be 5.0% per rape among victims of reproductive age, with approximately 32,000 pregnancies yearly in the United States resulting from rape.4 It really should go without saying that we must counter this misinformation at every turn.

Trauma-informed care is essential for all women with a history of sexual assault, but I would suggest that we approach ALL women with these principles, including acknowledging the effects of trauma, recognizing its signs and symptoms, and practicing so as to avoid retraumatizing. To that end, we need to ensure every woman’s physical and emotional safety, assure patients of our trustworthiness, prioritize individual choice and control during examinations, and seek to empower individuals. We should also encourage peer support, including during gynecologic exams. I would suggest that we treat all women in this manner, given that women may not feel comfortable acknowledging a difficult past history of sexual assault. In addition, we must avoid doing exams that themselves can be traumatizing or triggering. Our performance of the gynecologic exam should be predicated on the principles of “catalyzing women’s empowerment,” as described by Wijma and Siwe.6

Many hospitals today have implemented programs whereby acute medical exams for sexual assault victims are performed by Sexual Assault Nurse Examiners (SANEs) or Sexual Assault Forensic Examiners (SAFEs). When I was an intern, many moons ago, I learned how to assess the appropriate medical issues for sexual assault survivors, and to collect forensic evidence using a “rape kit,” which fortunately included a checklist of the appropriate steps and required documentation. The Committee Opinion lists a website that facilitates localization of a specialized sexual assault examiner, because for an assault victim, being examined by such an expert is much preferable to being in the hands of someone who is inexperienced. Today, many fewer residents in ob/gyn do these evaluations, which is likely preferable for individual survivors of sexual assault, but which means that many clinicians today have never done such exams. The ACOG document acknowledges that in some locations or situations, the ob/gyn may remain responsible for the acute exam. A detailed protocol for sexual assault medical forensic examinations is available online from the U.S. Department of Justice’s Office of Violence Against Women at https://www.justice.gov/ovw/sexual-assault. ACOG has other resources on this topic, available at www.acog.org/More-Info/SexualAssault. When we do provide acute care for survivors of sexual assault, it is important to provide instructions in writing, and also critically important to arrange for both clinical and psychologic follow-up.

As ob/gyns, it is our responsibility to screen all patients for physical and sexual violence, and to provide compassionate trauma-informed care for all women. This ACOG Committee Opinion provides basic information that can inform that care.