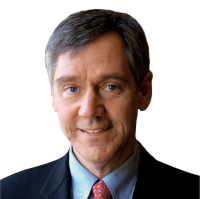 What’s your diagnosis in a woman who has ulcerations unresponsive to treatment for yeast?

A 33-year-old woman is referred to you by her primary care physician for evaluation of two non-healing lesions on the vulva. She has tried multiple treatments for yeast without improvement. She is otherwise healthy.

Test to confirm: A. Vulvar biopsy

Discussion of Cutaneous Crohn’s disease
Crohn’s disease (CD) is characterized by a chronic granulomatous inflammatory condition primarily affecting the gastrointestinal (GI) tract. Metastatic disease includes cutaneous lesions (including vulvar lesions), as well as joint, hepatobiliary and ophthalmic involvement. Cutaneous involvement is reported in up to 19% of cases, with the vulva being most commonly affected.1 The cause is unknown but likely multifactorial.2

Background
Incidence of vulvar CD is 10 to 20 per 100,000 person-years and the prevalence is 300 per 100,000 persons.3 Cutaneous manifestations are rare, yet probably underreported and underdiagnosed. Vulvar lesions may precede intestinal disease in 25% of cases.4 Most patients are young, with disease manifesting in the teens and twenties. A few new cases have been reported to occur after age 45.3

Diagnosis
Often the vulva appears edematous. Linear, “knife-cut” fissures or ulcers are the hallmark of vulvar CD.5 A biopsy is indicated for diagnosis. A 4-mm punch biopsy should be performed at the edge of the lesion and in the ulcer bed (if there is also suspicion for cancer). If the patient already has a diagnosis of gastrointestinal CD, then a biopsy is not required with this classic appearance of vulvar CD. If not previously performed, endoscopic evaluation to evaluate for intestinal involvement is indicated.

Treatment
For limited disease, first-line treatment is with potent or super-potent topical corticosteroids (e.g. clobetasol 0.05% ointment or halobetasol 0.05% ointment), which can be used for short periods of time such as 2 weeks.6 To avoid steroid overuse, a switch can be made to a calcineurin inhibitor (tacrolimus 0.1% ointment twice a day) if there is no burning, if desired, although it is rarely used.6 Intralesional triamcinolone 10 mg/mL (up to 40 mg total on the vulva) is also a reasonable therapy for localized or limited disease.6 Generally, excision is avoided but it may be appropriate in some cases.7,8

For more diffuse disease, systemic corticosteroids are needed.6 One study demonstrated that oral metronidazole can be effective in 87.5% of cases alone or in combination with steroids.4 Also,10% topical metronidazole three times daily for 4 weeks can help with perianal disease.9 If patients are recalcitrant to these therapies or you are unable to taper them off of systemic steroids, then biologic therapies are often used. The most commonly used biologic therapies are tumor necrosis factor-alpha inhibitors such as infliximab.6,8,10 There are also other steroid-sparing immunosuppressive medications that have demonstrated efficacy in cutaneous Crohn’s including azathioprine, methotrexate, cyclosporine, and thalidomide.6,11 We often consult our gastroenterology colleagues for assistance with these steroid-sparing agents if there is also GI involvement, or dermatology if there is no GI involvement. Because biologics have recently been very effective for some patients, they are sometimes used as first-line therapy.

Next steps in management: B. Multidisciplinary approach to management

Group A streptococcus (GAS)
GAS is primarily Streptococcus pyogenes. GAS vulvovaginitis is typically thought of in prepubertal girls; however, adult women can be affected, too. Symptoms include pruritus and pain. A common sign is copious vaginal discharge. Risk factors include exposure to GAS and/or vaginal atrophy. Treatment is typically oral penicillins or topical clindamycin.12 GAS is also a cause of monomicrobial necrotizing fasciitis. Since 2010, approximately 700 to 1200 cases have occurred every year in the United States. The hallmark of this life-threatening condition is pain out of proportion to appearance and rapidly spreading erythema and induration. In later stages, dusky gray tissue may be present.13 This is a surgical emergency that requires early and extensive debridement of affected tissue in combination with parenteral antibiotics and supportive care.13

Syphilis
Approximately 27,000 cases of primary and secondary syphilis were reported in 2016.14 This sexually transmitted infection (STI) typically results in a single painless ulcer (chancre) in the vulvar area approximately 3 to 4 weeks after exposure.15 However the ulcer can become painful if secondarily infected. It has a punched-out appearance with raised edges but is most commonly located in the posterior commissure.15,16 It is often accompanied by inguinal lymphadenopathy.15 Resolution occurs after 2 to 4 weeks.15 Of note, secondary syphilis occurs 8 to 12 weeks after transmission and is characterized by condylomata lata in the vulvar and perianal area (eroded papules) and a macular rash with fever and malaise.15 There can be sequelae later in life if untreated.15 Diagnosis is made from dark field microscopy with detection of Treponema pallidum or from PCR-DNA analysis in conjunction with serological testing (non-treponemal and treponemal).15 Treatment for primary syphilis is with benzathine penicillin 2.4 million

U IM (refer to the MMWR 2015 Sexually Transmitted Diseases Treatment Guidelines for the most up-to-date treatment recommendations).17

Chancroid
This is a rare STI caused by H. ducreyi. Only seven cases were reported in the United States in 2016.14,15 It is characterized by development of a painful ulcer with suppurative discharge in the introitus.15,18 There may be development of multiple nonindurated ulcers around it.15 Painful, enlarged inguinal lymph nodes (buboes) develop 1 to 2 weeks afterward and this purulent fluid may drain through the skin, resulting in formation of ulcerations.15 Diagnosis is primarily based on history and physical examination as the culture media and PCR tests are not readily available.19,20 One treatment option is azithromycin 1 g orally in one dose but there are other antibiotic options as well (refer to the MMWR Sexually Transmitted Diseases Treatment Guidelines for the most up-to-date antibiotic treatment recommendations).19 Of note, fluctuant lymphadenopathy may require incision and drainage or needle aspiration to resolve the lymphadenopathy.19

Squamous cell carcinoma
Vulvar cancer represents 0.3% of all new cancer cases in the United States. Approximately 6000 cases have been reported to date in 2019.21 SCC is the most common type of vulvar cancer, making up approximately 75% of all invasive cancers in the United States.22 It is more common among white women compared to black or Hispanic women21,22 and the average age at diagnosis is 69.21 Risk factors for developing SCC including history of differentiated vulvar intraepithelial neoplasia, smoking, lichen sclerosus, history of human papillomavirus- mediated disease (cervical high-grade squamous intraepithelial lsion [HSIL] or cancer, vulvar HSIL), and immunodeficiency.23 Most patients present with a single vulvar lesion which can be a plaque, ulcer or mass.24,25 Patients may also complain of pruritus, pain and bleeding.25 Given this, a biopsy is critical to rule out this diagnosis in the setting of a vulvar ulcer. Of note, when you perform a biopsy you should be sure to biopsy at the edge and also in the center, if the lesion is irregular and firm. You should also try to include some underlying stroma and try to avoid removing the entire lesion, if it is large, as it can make future surgical planning more difficult.25

Aside from biopsy of a visible lesion, you should also consider performing vulvoscopy to further evaluate the vulva. Once SCC is identified via biopsy, it is recommended to perform cervical cytology (with colposcopy if indicated), complete blood count, biochemical profile, liver profile, HIV testing, and a chest x-ray.26 A computed tomography (CT) scan or magnetic resonance imaging of the pelvis and groin or positron emission-CT may also be helpful to evaluate extent of disease in selected cases.26 SCC is surgically staged.25 Treatment of invasive SCC is individualized and is governed by management of the primary lesion and also groin involvement (if present).25 It may include excision, radiation, and/or chemotherapy depending on the location, size, and staging.25,26 Referral to a gynecologic oncologist is recommended.25,26