A resident is reminded that a mistake can sometimes be an unfortunate necessity for keeping his level of confidence in check.

No tool better personifies the surgeon than the scalpel. It’s the only instrument an individual can legally plunge into the skin of another person in a room full of observers. It’s hard not to feel an electric energy every time the room falls quiet and the attending says, “The knife to Dr. Burns, please.”  Holding the instrument like a pencil, I slowly etch its blade into the skin, cognizant that I am tattooing the patient, scarring her for life. A nurse behind me yells, “incision!”, marking the beginning of the case, the first step into the unsealing of the abdominal cavity.

After that dramatic entrance, the truth is that the scalpel is usually put away and rarely makes another appearance throughout the rest of a procedure. Most surgeries continue with electrocautery, scissors or even blunt dissection with gloved fingers. The ultra-sharp blade of the scalpel is far too dangerous to use anywhere beyond the first few layers of skin.

By the end of my first year of residency, after opening the skin on numerous cesarean sections, postpartum tubal ligations and laparoscopic oophorectomies, I felt fairly confident wielding a scalpel. I had also used it to marsupialize Bartholin cysts, excise post-radiation tissue and even drain an abscess on someone’s forearm.

And then came the final day of my intern year, when I was standing in the OR, scalpel poised above the patient’s skin. It was the end of a long day of laparoscopic surgeries and I was working with one of my favorite attendings. She was new to her job, fresh out of residency and, like me, had just finished her own difficult year of uncertainty and self-doubt. While we maintained a professional work ethic in the OR, we were friends outside of work and I felt more at ease with her than I did with other attendings.

Our last case was an elective laparoscopic salpingectomy. At my institution, most surgeons start the surgery with a 5-mm nick in the bellybutton with a scalpel. It’s meant to be quick and shallow, just wide enough to accommodate a camera port.

My attending gestured for me to begin, and I placed the tip of the knife into the patient’s navel -“incision!”- then sliced carefully toward the pubic bone. But something felt different. Instead of the rubbery firmness I had come to expect with epidermis, the tissue was soft and yielding. It was like dragging a spoon through pudding and, before I knew what had happened, half the blade had gone beneath the surface.

Something in the attending’s voice when she said, “That’s way too deep,” made my breath catch. Then she paused and told me to place the Veress needle. Instead of meeting resistance the needle glided through the incision.

The attending’s face froze. She gripped the tissue on either side of the incision with both hands and tented it up for closer inspection. Just as she did so, a soft, low hiss filled the room.

Air was leaking from the abdomen.

She released the skin and spoke quietly, without looking at me. “The only time gas comes out of the peritoneum is if we cut into bowel.”

The lower half of my body suddenly went numb. This was it, my worst nightmare. A patient had come in for an elective procedure and I’d thrust a knife so deep into her belly that I’d cut into her intestines. I imagined calling in the general surgeons and pictured the irreparable damage I’d wrought to the patient’s organs, the ostomy bag she would wake up with. I thought of the attending-my friend-and the blow to her confidence, of how she might never trust a resident again.

The attending completed the rest of the abdominal entry without my help. The room, previously buoyant and full of scrub staff discussing weekend plans, was silent. My eyes peered up at the monitor screens as I watched the attending enter the abdomen with the camera. She peered straight down at the bowel. She swept left, right, cephalad and caudad. We inserted the other instruments and gently moved the bowel, running its length and investigating for scalpel marks. There was nothing.

My attending managed to crack a smile, but I was so shaken that I could barely hold my instruments. We finished up the rest of the case without issue, took another final survey of the abdomen, and closed the patient’s incisions. Later, when I sought out the attending in the physician’s workroom wanting to debrief, I felt like bursting into tears. What went wrong?

She smiled and said, “Simple. You made a classic second-year resident mistake.”

She turned to me and explained what she meant. “When you first held a scalpel you were too scared to go deeper than a few nanometers. But as the year has worn on, as you built your confidence, you started cutting deeper and deeper. And today you went too deep.”

Seeing that I was upset and not quite convinced, the attending reached out her arm and placed it gently on my shoulder. “You’re not a bad doctor. Believe it or not, none of the attendings you meet were born in scrubs as gynecological surgeons. We had to start from the bottom. We had to make mistakes.” She paused. “And we had to avoid hubris.”

Despite the confidence in our intraoperative assessment, the attending later told me she called the patient after the surgery every day for a week. The patient, pleased but a little bit surprised by the attention she was getting from her surgeon, made a full recovery from her surgery. Her bowel was fine, uninjured, and we never found an explanation for the ominous hiss of air that came from within the abdomen.

Of course, the next time I operated, I was back to scraping nanometers off the surface with my scalpel. The next attending admonished me for not committing to a deeper incision, saying I should be confident enough now to press harder with the knife. But I had learned my lesson.

My intern year was a bewildering experience, an indescribable amalgamation of joy and fear and terror. I can hardly remember most of it.  But surviving it had made me begin to feel invincible. After that day in the OR, I feel vulnerable again, and, more important, human. As I begin to adapt to more responsibility, I raise my own self-expectations. But I also anticipate more errors, more mistakes, more lapses in judgement. I need to learn to forgive myself and to seek wisdom from those, like my attending, who have been there before. I am no longer afraid to take the knife when it is handed to me. I just have a greater respect for the scars it might leave behind. 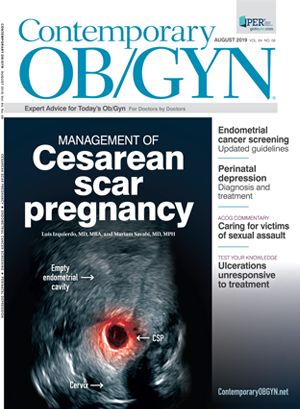 Coping in the age of acceleration
How to diagnose and treat cesarean scar pregnancy
Will screening for endometrial cancer soon be routine?
ACOG Guidelines at a Glance: Sexual Assault
Perinatal depression: What ob/gyns need to know
Non-healing vulvar ulcerations in a 33-year-old woman
If a patient is noncompliant, can the ob/gyn be at fault?
Residents Corner - Hubris
Financial, health implications of 12-month supplies of OCs
WHO issues new Zika updates
CDC releases ‘benchmark’ data on pelvic exams
Related Videos
Related Content 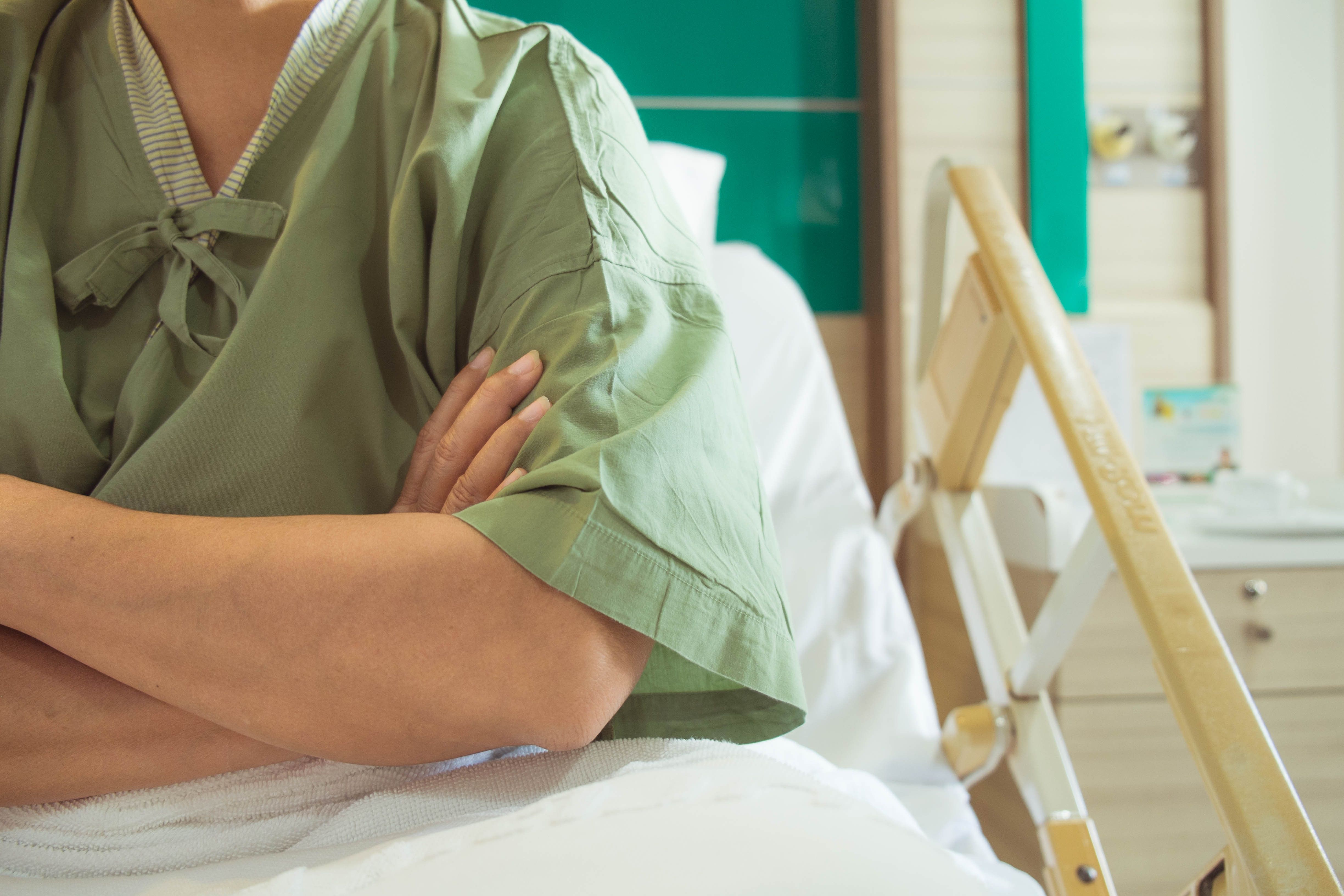 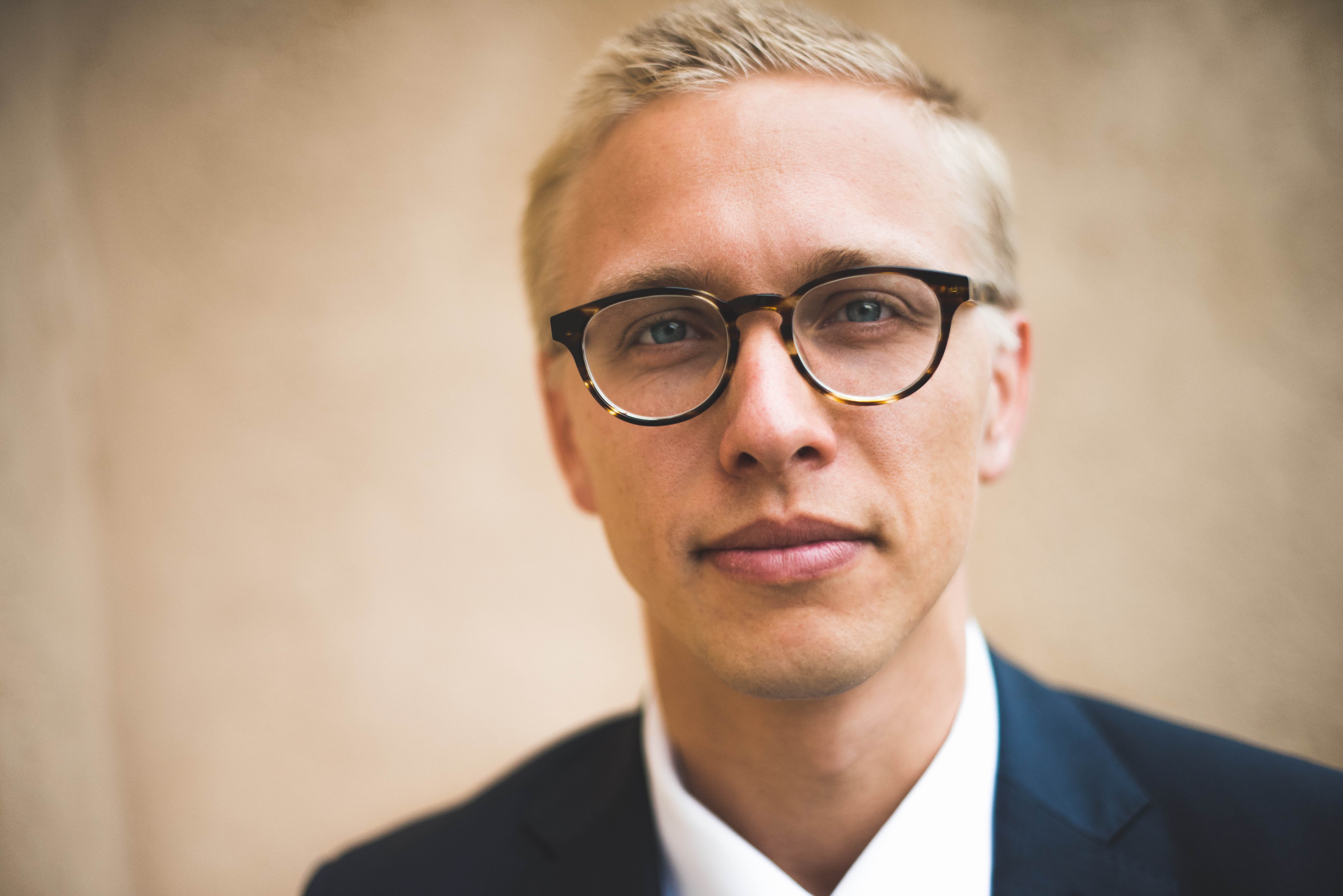 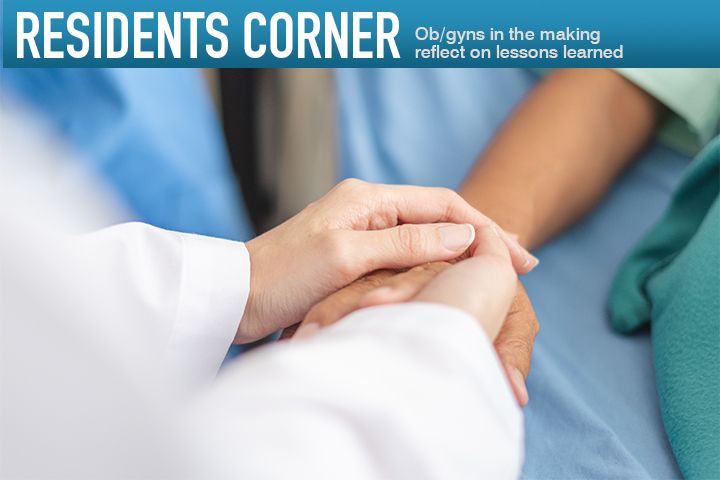 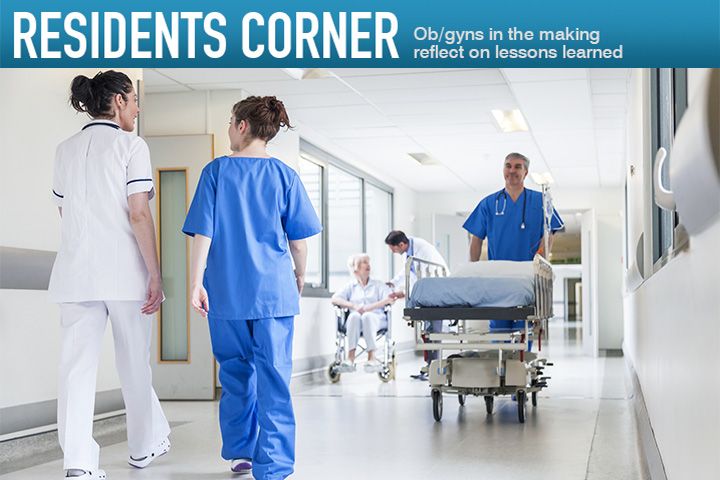 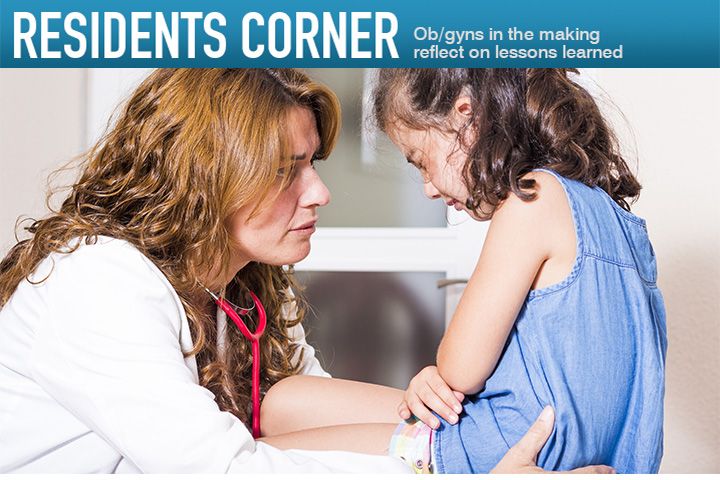 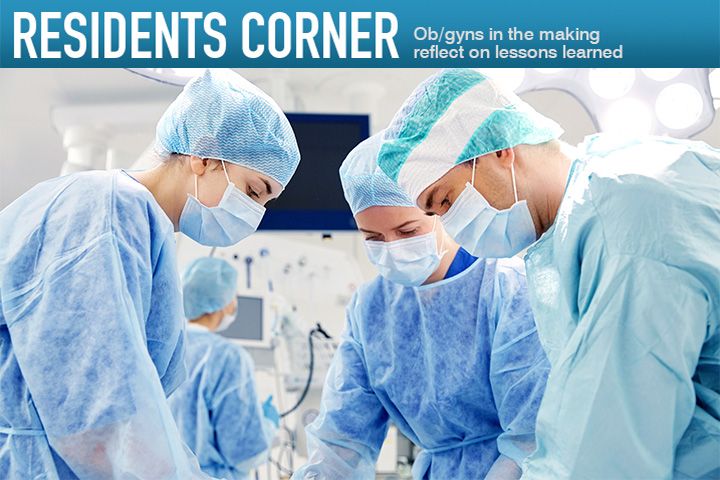 As a doctor tackles the challenges of his senior year of residency, he learns how to balance the blame that can come with heightened responsibilities.

Navigating patient care in L&D during the global COVID-19 pandemic gives one resident cause for pause and reflection. How would it manifest in pregnancy?

Although residency teaches doctors to deliver babies, how to deliver bad news must also be a part of the curriculum.

When a resident’s promise to appreciate nurses is challenged, a conversation with one illustrates how both roles play an integral part in patient care.

When an ob/gyn treats young patients exposed to cruelty and confusing messages, it can be tough to overcome anger at the situation.

The choice to pursue a fellowship isn’t always straightforward, but one resident explains why she is choosing to follow her passion.